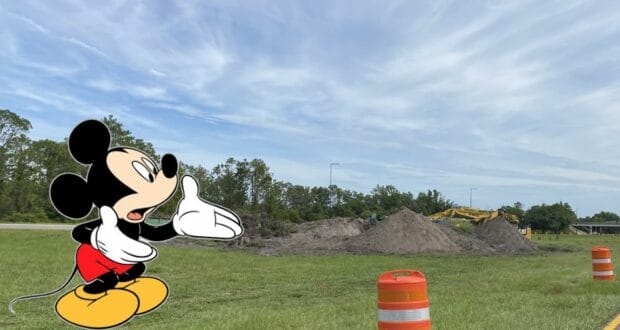 Driving into Walt Disney World Resort is a magical experience all in itself! The iconic Walt Disney World arches and directional signs along the way get those butterflies of excitement fluttering. But, sadly, an iconic billboard is now GONE.

The billboard wasn’t your typical rectangle board but looked like a tower and featured terrified Guests within the ride elevator that moved and shook.

@AshleyLCarter1 took to social media to post an updated photo of the now demolished billboard location on July 14, 2022. Carter goes on to report that landscaping will be replacing the tower:

@Frankytheshorty posted a video as he drove by the construction site, with the note, “Rip tower of terror display”:

Not only has Disney now removed the Tower of Terror sign, but other landmark casualties included an “It’s Tough to be a Bug” board with a stink bug releasing gas to feature the attraction at Disney’s Animal Kingdom Park.

We aren’t sure why Disney decided to demolish the seemingly harmless beloved Tower of Terror billboard to make way for landscaping. We’ll now only have photos to return to remember the fun icon on World Drive.