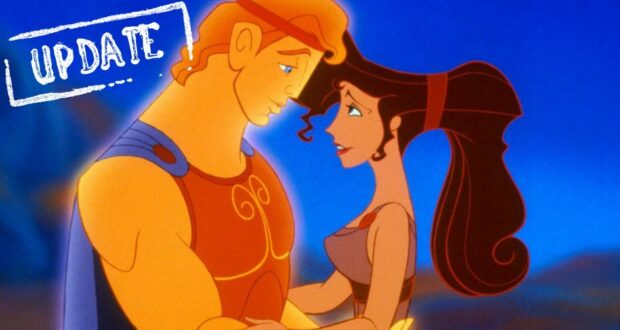 Hercules is preparing to “go the distance” with a new live-action film in the works. With Disney’s original animated film Hercules released 25 years ago in 1997, we’re hearing new buzz about the live-action production.

We’ve seen Disney transform plenty of animated films in recent years, including remakes of fan favorites such as Beauty and the Beast (2017), Aladdin (2019), Dumbo (2019)… and the list goes on and on!

Disney is on a roll with live-action film remakes, including the new trailer dropped for Disney’s upcoming Pinocchio remake, which lands on Disney+ on September 8, 2022. Most recently, more information has surfaced about Disney’s live-action Lilo & Stitch, reportedly scheduled for Disney+ in May 2024.

Now, updated news of Disney’s live-action is being shared about the live-action Hercules.

There is still very little the Disney fandom knows about the live-action Hercules outside of Guy Ritchie (who was the director of the Aladdin live-action remake) being announced as the director for Hercules, teaming up with Joe and Anthony Russo (directors of Avengers: End Game).

But now we’re learning Hercules may look very different when comparing the animated Hercules with the live-action version.

RELATED: “They Didn’t Want Me to Audition”: Susan Egan Shares Memories from ‘Hercules’

According to a report from GamesRadar, “The upcoming remake of the Disney classic will stick close to its roots but, according to producers Anthony and Joe Russo, will have a “more modern spin” on the Olympian tale.”

During a press event with the Russo brothers for Netflix’s The Gray Man, Joe Russo spoke of the Disney film as, “It will certainly pay homage to the original with a more modern spin on it.” He continues, “What Anthony and I love about the original is how funny and subversive it is. I think we try to embrace that sense of humor in the remake.”

Currently, the live action Hercules is undated and has no cast listed. We will share further updates as they are revealed for the Hercules live action remake!