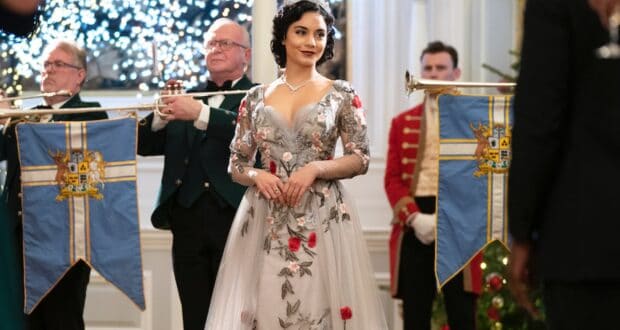 Many Disney fans or Disney fanatics know Vanessa Hudgens from her role as Gabriella Montez in High School Musical (2006) and its sequels. Other Disney fans (who probably also have a soft spot for Disney princess romances) will know Vanessa for her fluffy Christmas romcoms such as The Knight Before Christmas (2019) and her iconic Princess Switch series. You can see our reviews of those movies here, here, and here! 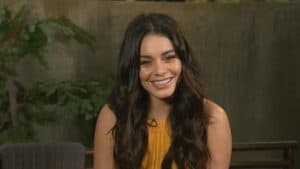 The videos on Vanessa’s Youtube channel show her having dance parties with her co-stars in between takes, including Nick Sagar (who plays Kevin Richards) and Mark Fleischmann (who plays Frank De Luca, Prince Edward of Belgravia’s driver and comical sidekick). The days of filming that Vanessa has shared include her character Queen Margaret Delacourt of Montenaro’s coronation day and the final confrontation at the end of the movie between Margaret, Princess Stacy DeNovo of Belgravia, Prince Edward (played by Sam Palladio), and Lady Fiona Pembroke. All three girls are played by Vanessa, and the actress does a wonderful job explaining how it works!

She also introduces her two doubles; much like on the Disney Channel show Liv and Maddie (2013) and the classic TV show The Patty Duke Show (1963), the main actress spends most of her time speaking to a double. She then physically switches places with the double, puts on outfits, hair, and makeup to match the second character, and repeats the scene. As Vanessa showed in her behind-the-scenes videos, it’s a long process — particularly when it has to be done not twice, but three times! 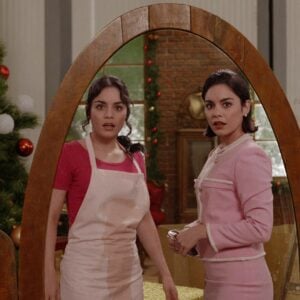 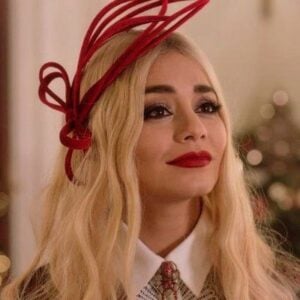 Aside from acting in delightfully fluffy royal Christmas romcoms, Vanessa Hudgens has also created a skincare line that’s become well-known for its extensive diagnostics test and relatively relatable pricing. She created Know Beauty with singer Madison Beer and Dr. Avnee Shah, and the brand’s diagnostics test is specifically meant to help confused, frustrated, or overwhelmed people find a simple but effective skincare routine when they’re not even sure what type of skin they have. In addition, Vanessa has recently starred in the musical Tick, Tick,…Boom! (2021) and she also designed a gorgeous house that she calls home!