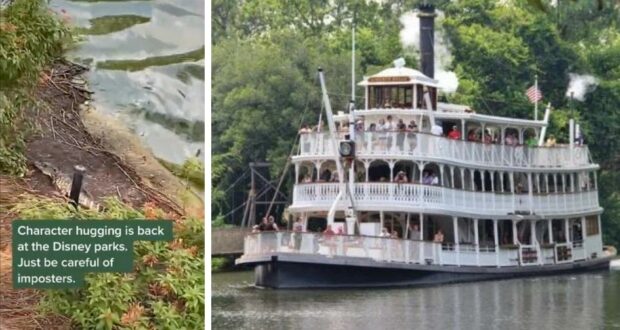 As many readers of this publication already know, The Walt Disney World Resort was built on farm and swamp land in Central Florida, meaning that The Magic Kingdom had to find a way to co-exist with the animal kingdoms already present there.

While work has been done to relocate the animals to other areas of the Reedy Creek Improvement District, life seems to always find a way back to where it used to be. And speaking as a Floridian, a large, pleasant water feature will always be attractive to the local fauna.

In this latest case, it appears that an alligator has found its way into the Rivers of America in the heart of Magic Kingdom Park. No, it is not Princess Tiana’s friend Louis from Disney’s Princess and the Frog. A video uploaded to TikTok shows spotlighted the scaly Guest sunbathing on the Frontierland-side bank of the man-made river.

The TikToker, @moresunshineplease, shared the video saying in jest, “You can hug characters again. Be careful.”

You can hug characters again. Be careful! #waltdisneyworld #magickingdom #frontierland

From the video, it is clear that the gator is keeping to himself, taking in the sun on that lovely Disney day. It is unclear how he got inside the Park, but this reporter is willing to speculate that he entered at night through the service canal/entrance used by the Liberty Belle steamboat. It is also unclear how–and if–the Walt Disney World Resort extracted the potentially dangerous creature from the premises. 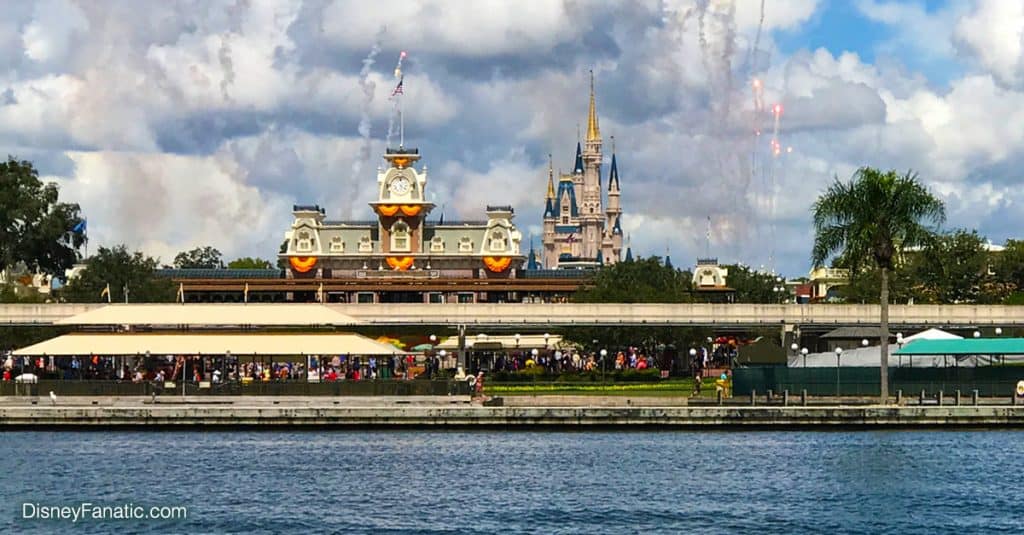 Again, Disney World is nestled in the Central Florida countryside. Where there is water, there is bound to be an abundance of life, from mosquitoes and tadpoles to gators and snakes and all of the bass and carp in between.

In 2016, a young child was killed in an alligator attack on the shores of the seven seas lagoon. Since then, Disney World has constructed fencing around water features and posted signs warning Guests that snakes and alligators could be present. 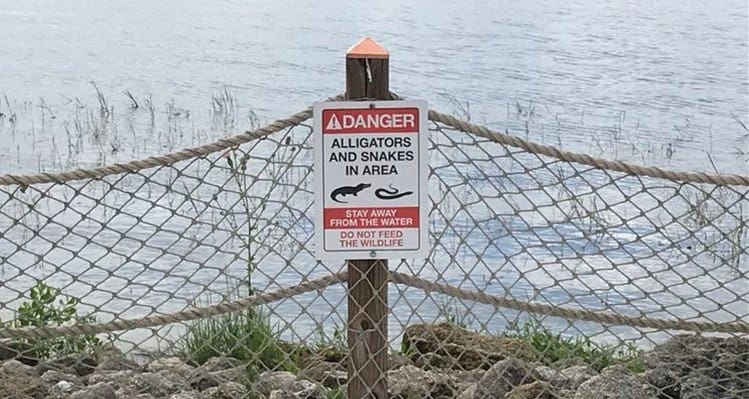 We at Disney Fanatic will continue to update our readers on more Disney World news and stories as more developments come to light.