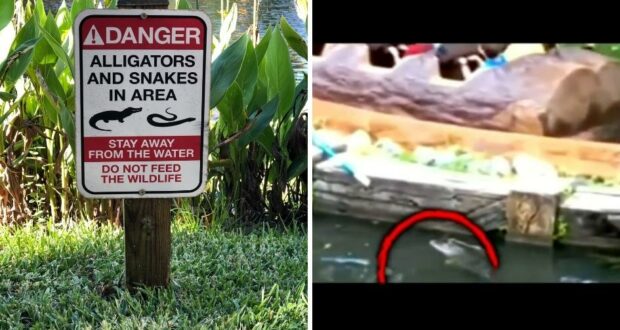 A Walt Disney World Cast Member was spotted going a little outside his general job description recently when he had to shoo a juvenile alligator away from Splash Mountain and back into the neighboring Rivers of America.

Walt Disney World was built on a Central Florida swamp, and the Rivers of America in Magic Kingdom Parks’ Frontierland are connected to outside waterways that can potentially allow members of the local wildlife population to make their way in to have their own Disney day. We at Disney Fanatic covered one such gator spotting in Frontierland not too long ago. Click the link below for that full story. 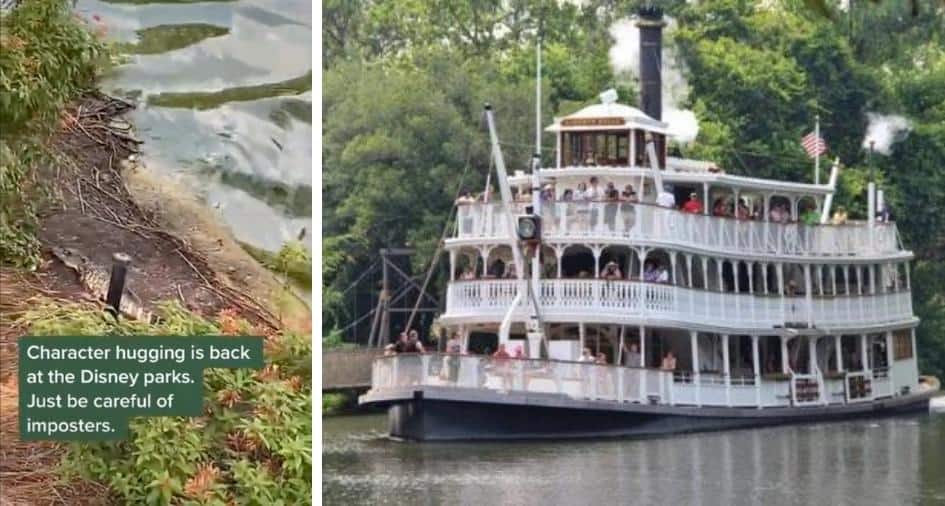 But while that gator was content to chill on the river bank, it appears that another curious juvenile was getting a little too close to Guests and almost hopped in the log flume himself. The scene was shared on TikTok by @mainstreetmagic1971.

Walt Disney World Resort prides itself in providing a safe environment for its Guests, and it has taken extra precautions against alligators since the tragic accident at one of the monorail Resort hotels that resulted in the death of a young child. While it is unlikely that this young, small Gator would have done physical damage to any of the Guests coming down Chick-a-pin hill, it could have faced dangers to its own life if allowed to get into the flume. 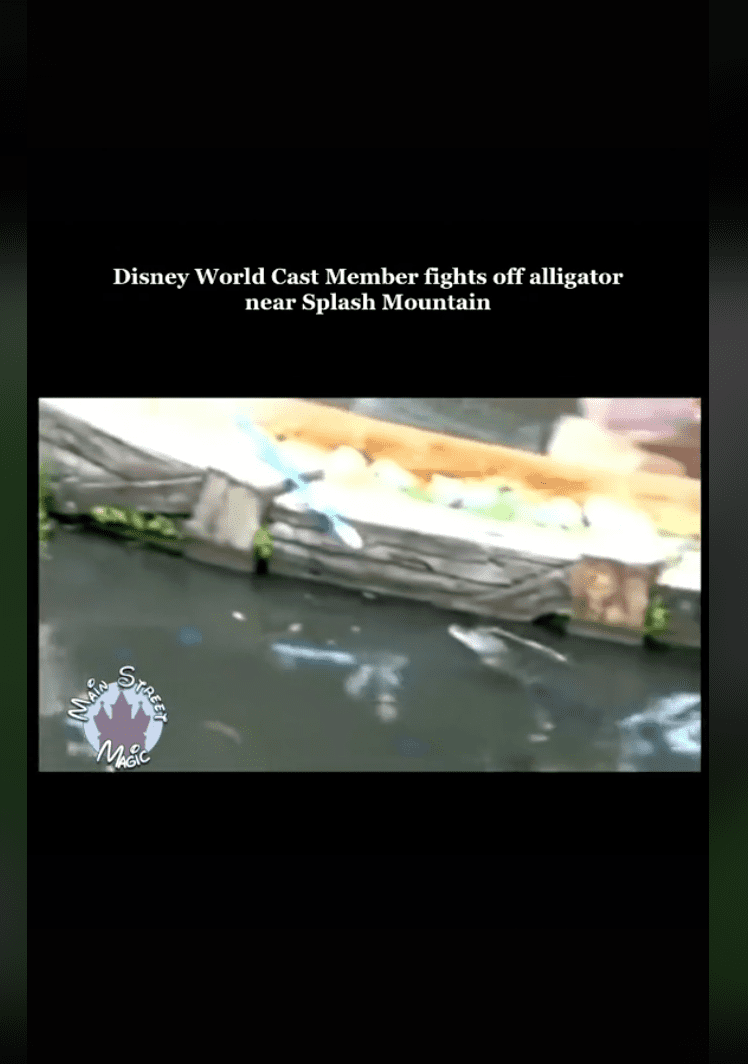 It is unclear if any further action was taken by Cast Members or local animal control to remove the alligator from the Theme Park to a safer environment.