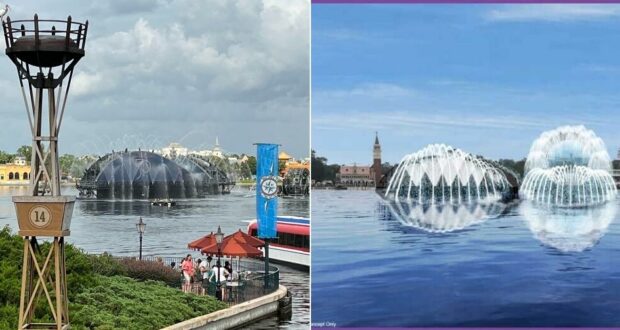 When Disney Parks Experiences and Products announced the creation of a brand new nighttime spectacular at EPCOT called HarmonioUS, they also promised a brand new daytime show featuring a fountain display in the middle of World Showcase Lagoon. 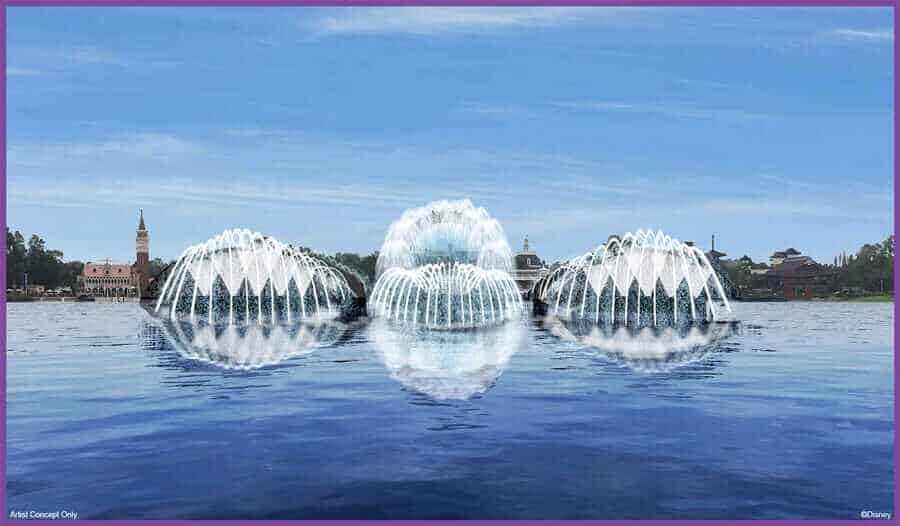 “These show elements will become a defining feature of EPCOT,” said Zach Riddley, Imagineering Portfolio Executive for Walt Disney World Resort. “Their scale gives us a chance to bring a beautiful new ambient daytime look to the world showcase lagoon with water fountains that perfectly situate these elements within World Showcase, and, of course, the real magic will happen at night when they come alive.”

But while HarmonioUS was proving itself to be a suitable “Goodnight Kiss” replacement for IllumiNations, the daytime show was noticeably absent, aside from a show during the Walt Disney World Resort’s marathon weekend. That is, until now.

Pictures surfaced on Reddit this past weekend showing the big, black floating barges alive during the day.

During the day, the barges normally just flash “50th Anniversary” signage that changes every so often. But the scene with fountains is apparently supposed to be the norm.

Disney World describes HarmonioUS on its website, in part, as the following:

“The heart of the Epcot transformation comes to life with Harmonious, one of the largest nighttime spectaculars ever created for Disney Parks. The show is a beautifully crafted medley of classic Disney music and visuals reinterpreted by a culturally diverse group of 240 artists from all around the world. Come and be dazzled by all of it as you discover how Disney music and stories have the power to inspire and unite us all, overcoming any language or border.”

Related: Discussion: Should EPCOT, Disney Springs Have a Curfew?