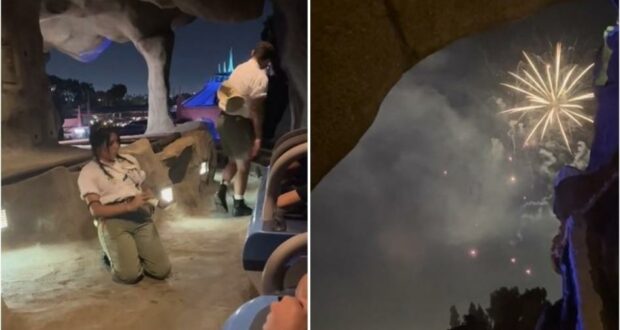 Some Disneyland Guests got a seldom-seen view of the Disneyland Forever Fireworks over Sleeping Beauty Castle when their Bobsled got stopped on its run through the Matterhorn.

Disney Park fireworks are a nightly magical spectacular that can be viewed to some degree from almost every open-air spot in said Park. Many Guests will take advantage of the spectacular “distraction” to walk on to some of the most popular rides, and some of those rides can offer a special view. At Magic Kingdom, for example, rides such as Splash Mountain, The Tomorrowland Transit Authority PeopleMover, and the Astro Orbiter all offer their own unique views of Disney Enchantment over Cinderella Castle. Attractions at Disneyland Park also offer similar experiences, but it is not often that they come with a ride malfunction.

In one such recent case, Guests stuck on the Matterhorn roller coaster unintentionally got a very special view of both the Main Street Electrical Parade and the Disneyland Forever Fireworks as Cast Members figured out how to best evacuate them out of the attraction. 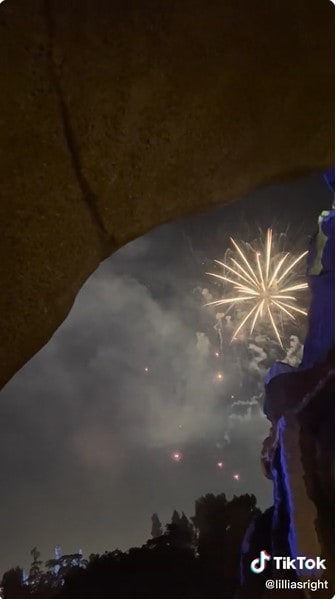 A video of the ordeal was shared on TikTok by @lilliasright, which can be viewed below.

Stuck on the Matterhorn & rescued during the fireworks! #disneyland

Along with the unique view, this Guest’s video also shows a unique perspective on the original E-Ticket’s track and inner workings. All Guests involved were evacuated to the ground safely and just in time to watch the finale. 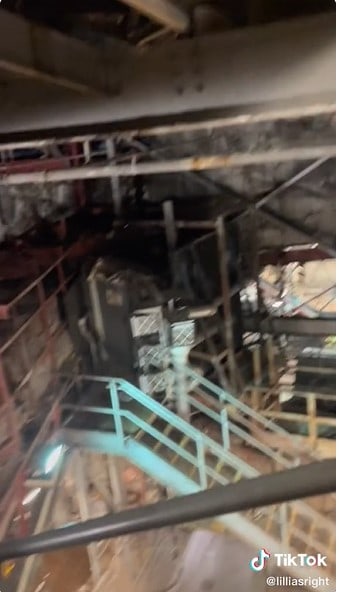 It is unclear what specifically went wrong with the Matterhorn Bobsleds. However, if this video proves anything, it is that new and exciting experiences are still possible at Disney Parks, and special kinds of magic can be found even in ride breakdowns.