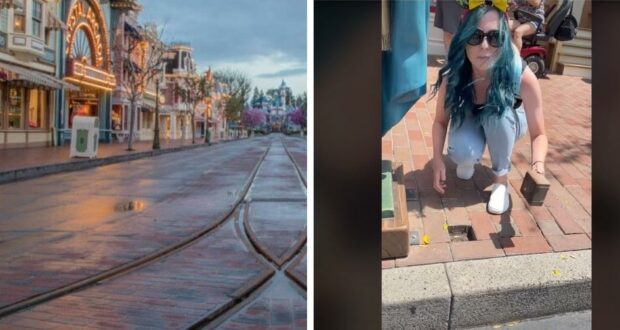 A video on TikTok has surfaced showing a Disney Parks Guest dislodging one of the bricks lining the thoroughfare of Main Street, U.S.A. But rather than being an act of vandalism, this brick appears to be a special piece of magic for those Disney fans in on the secret.

Tiktoker @nataliecurling shared a video of herself picking up the small brick in Disneyland Park, saying,

Is this the new hidden brick in Disneyland? Glad to see someone got the pin I left in there! I’ll be hiding a pin at Disney world in Orlando today! Stay tuned.

Is this the new hidden brick in Disneyland? Glad to see someone got the pin I left in there! I’ll be hiding a pin at Disney world in Orlando today! Stay tuned. #disney #disneyland #wdw #mainstreet #pin #hidden #hiddenpin #fyp #fy #FrunktheBea #california #anaheim #hiddenbrick #disneyworld #arcticfox #arcticfoxhair

Her caption seems to imply that she had already pulled the brick loose before, left a Disney pin hidden beneath it like some sort of Disney fan geocaching, and someone else found it. And she explained in the comments, “For fun! People hide little treasures underneath for the next person to pick up!”

Another fan chimed in, commenting, “This is literally my favorite tradition. It’s so fun watching people still having fun at Disney, I miss it.” It is unclear, though, if that person was a Disneyland Guest or Cast Member, and it is also unclear if Disney will allow this brick to remain loose or if the viral nature of the video will cause the brick to be recemented to the ground.

With the rise of Social Media, many of the old “secrets” of Disneyland and Disney World have become common knowledge, putting the specialness–and overall existence–of the “secret” at risk. This reporter recently wrote a half-serious article joking about things in Disney Parks that Guests secretly want to steal. But in all seriousness, it is easy to speculate that this loose brick could suddenly find itself as a part of some Fanatic’s collection or even posted on eBay. 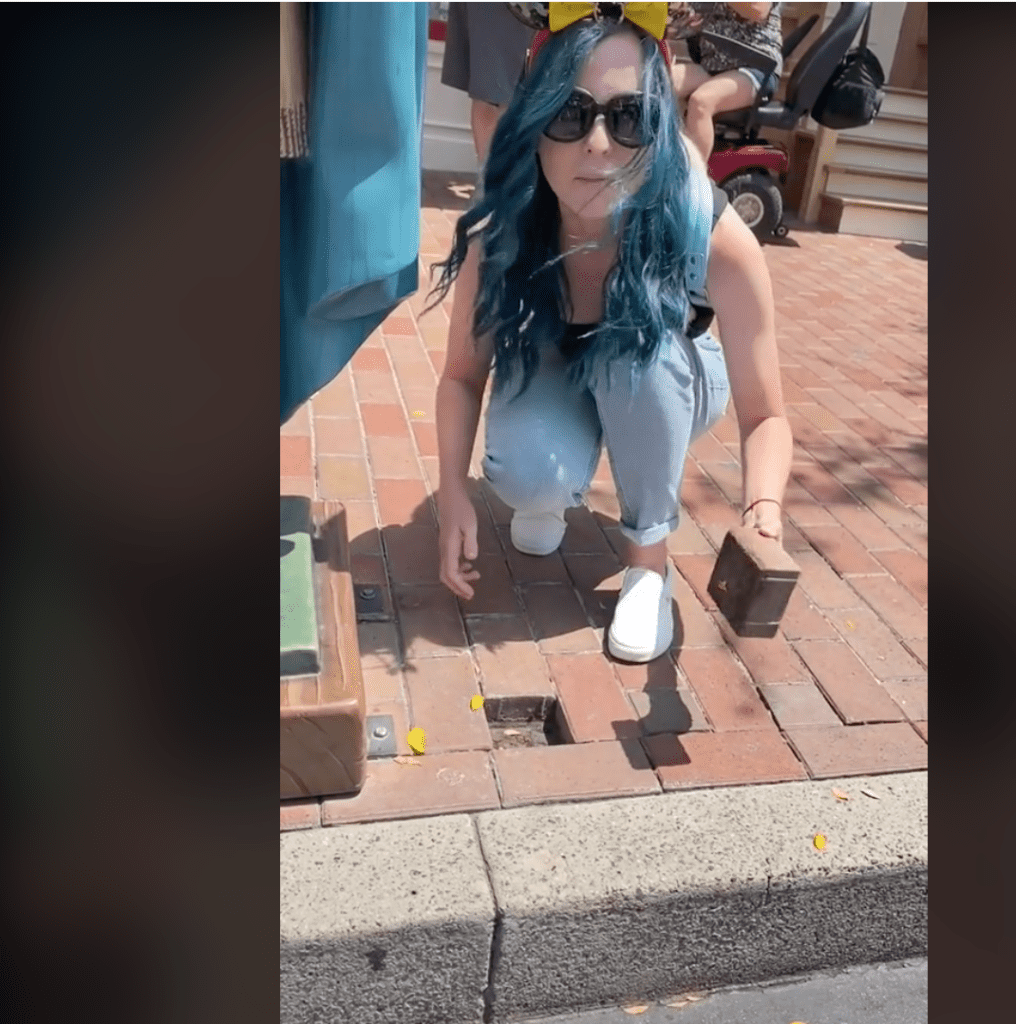 There does not appear to be a similar “special brick” situation on Main Street, U.S.A., at The Walt Disney World Resort.