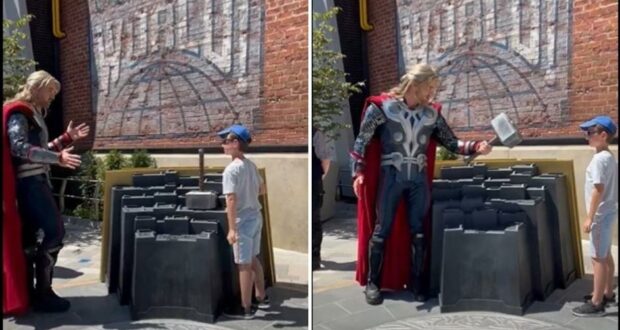 At a central point in the Fantasyland of Disneyland Park, the Magic Kingdom, and Disneyland Paris sits the Sword in the Stone. From Disney’s animated classic based on the legend of King Arthur and his Knights of the Round Table, Disney Park Guests throughout the years have been able to step up and see if they have what it takes to pull the Sword from the Stone. Now, it appears that a similar test of worthiness is underway at Marvel’s Avengers Campus. 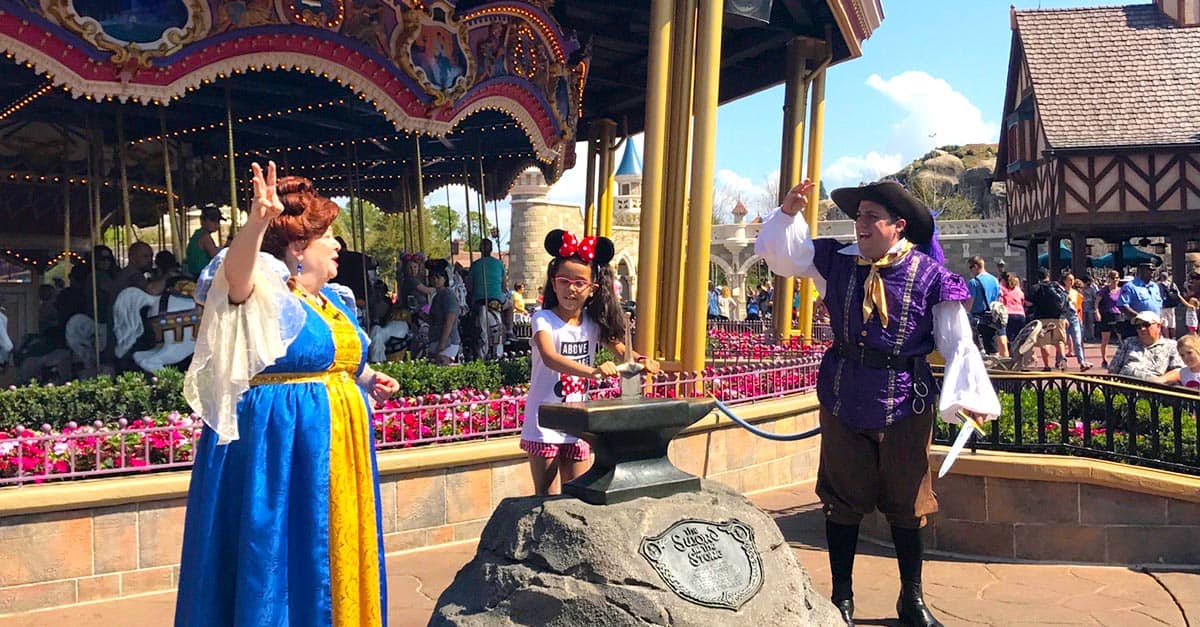 Opening this month at Disneyland Paris’ second gate, Walt Disney Studios Park, the latest Avengers Campus features an interactive experience with Thor, the Norse god of Thunder. A video shared by Disneyland Paris insider @DLPReport shows the MCU hero calling Guests to step up and see if they are worthy enough to lift his beloved hammer, Mjolnir. 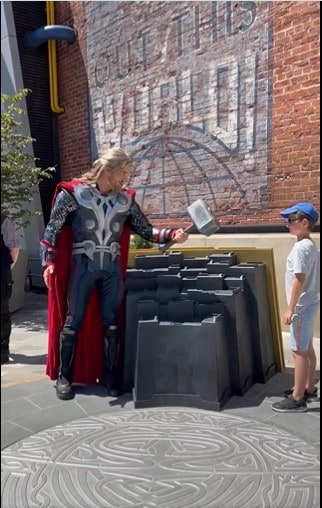 “At the Asgard Pedestal in #AvengersCampusParis Stark Plaza, Thor is giving Guests the chance to life the Mjolnir… after a series of questions to check if they are worthy of course! A nice little happening reminiscent of the Sword in the Stone.”

Video: At the Asgard Pedestal in #AvengersCampusParis Stark Plaza, Thor is giving Guests a chance to lift the Mjölnir… after a series of questions to check if they are worthy of course!
A nice little happening reminiscent of the Sword in the Stone 😅 pic.twitter.com/GgYXFy4Zwn

This is the second Avengers Campus to open at a Disney Park since the original was unveiled at Disney California Adventure at the Disneyland Resort in Southern California. At the Parisian variant, Guests will find an area dedicated to recruiting the next generation of planetary protectors and feature attractions such as Avengers Assemble: Flight Force. The Avengers Campus is also only the first step of a massive multi-year expansion planned for Walt Disney Studios Park, which includes the installment of its own Star Wars Galaxy’s Edge and Arendelle: The Land of Frozen themed lands. Construction of the Frozen-themed land is currently underway.

Disneyland Paris is also in the midst of celebrating its 30th Anniversary, and Marvel’s Thor: Love and Thunder is playing in theaters everywhere now.