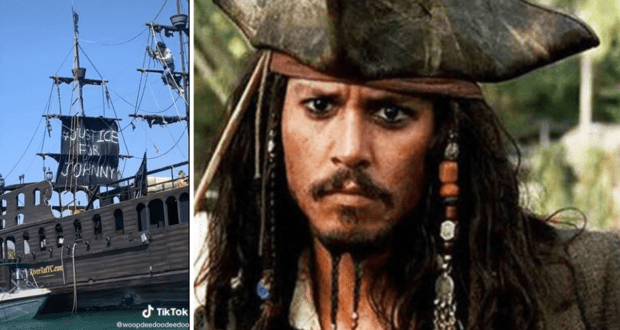 Many of us have been following the ongoing defamation case between Johnny Depp and his former spouse Amber Heard, and recently one group of fans of the actor in Arizona shared their thoughts on the trial via the flag of a pirate ship.

TikTok user @woopdeedoodeedoo recently spotted the ship and shared a video, take a look below:

The ship was seen sailing on Lake Havasu in Arizona, and while from a distance the ship does bare a slight resemblance to the vessels one might see in Disney’s Pirates of the Caribbean franchise, the ship is actually part of the River Rat Yacht Club/Pirate Ship Sirens Gate. The Club is one of the most unique vacation rentals in the state, offering visitors and locals a chance to stay aboard the replica pirate ship. 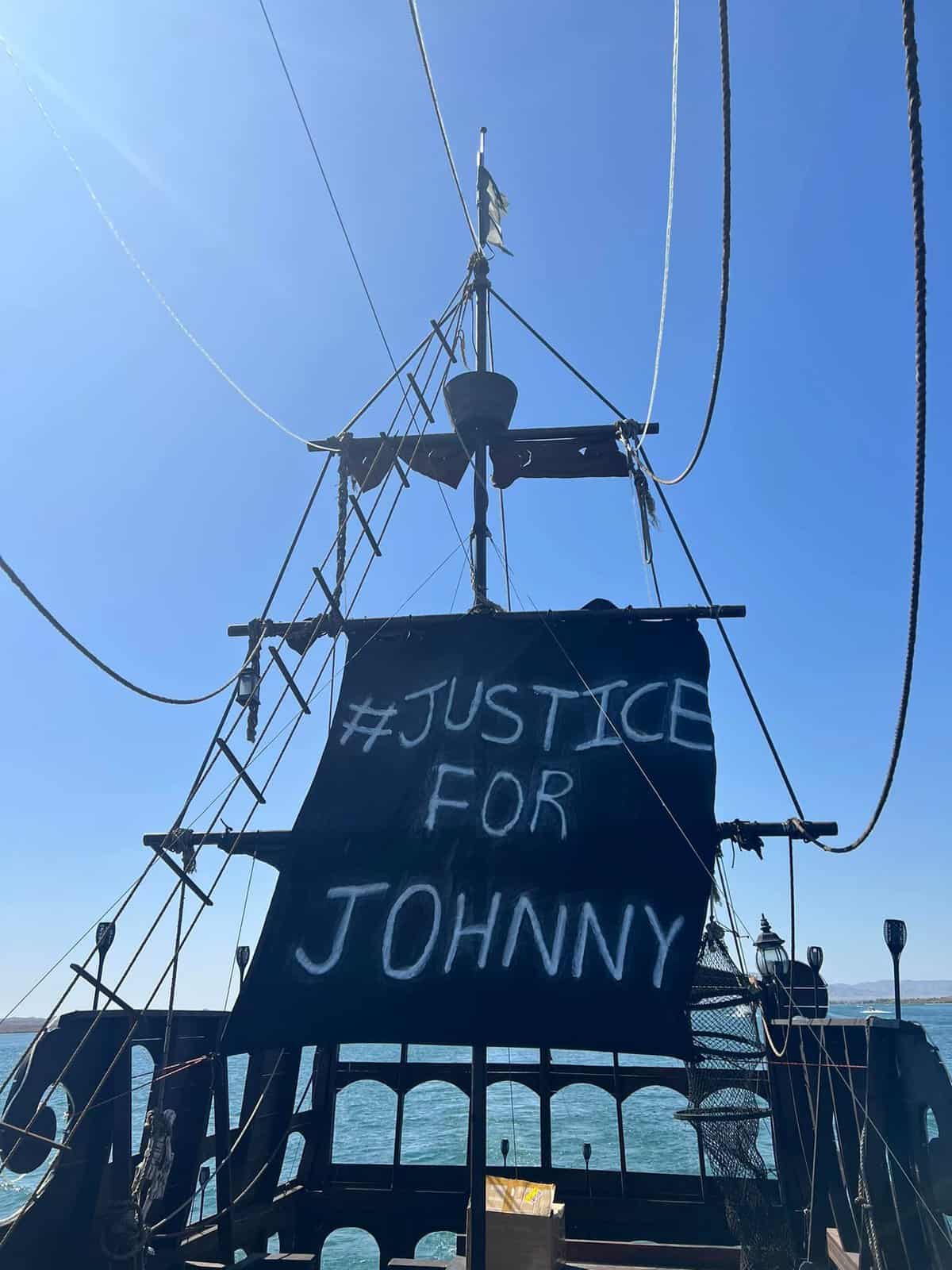 Related Post: Johnny Depp Won’t Get to Give Jack Sparrow a ‘Proper Goodbye’

The video that has since gone viral on TikTok certainly offered a surprise for people spending time on the lake, and it has since been viewed nearly 200,000 times on the social media platform.

The owners of the River Rat Yacht Club have shared on their own social media profiles that they fully support Johnny Depp in his current legal battle, even sharing additional photos of the sails on their pirate ship reading “#JusticeForJohnny.” 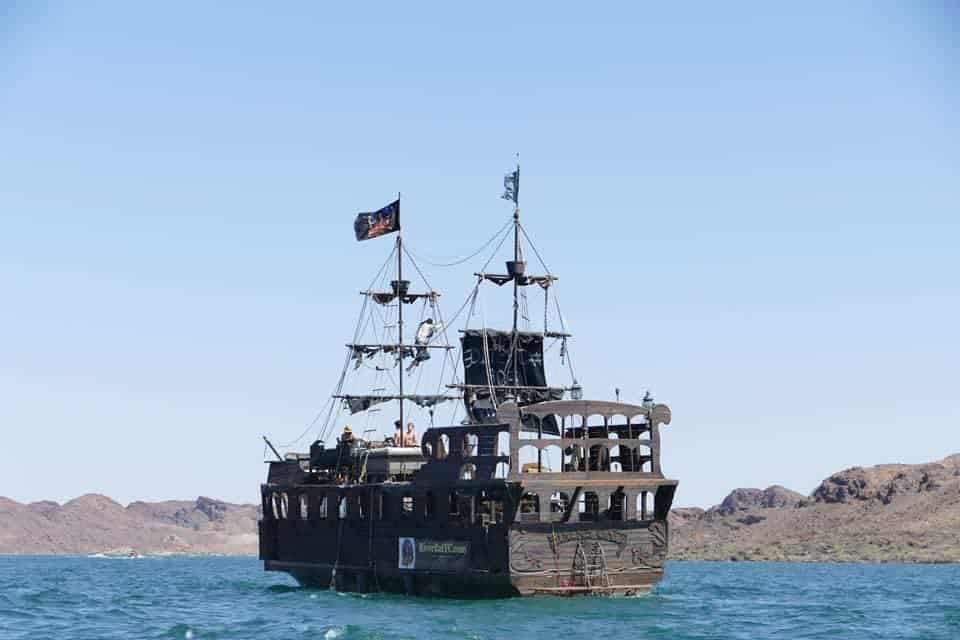 Related Post: Johnny Depp Will Not Return as Captain Jack Sparrow, Even for $300 Million

The actor is suing his former spouse Amber Heard for $50 million for defamation and lost income following her 2018 OpEd in the Washington Post regarding her alleged experiences with domestic abuse. Heard is countersuing for $100 million. The trial began last month in Fairfax, VA, and continues this afternoon as testimony from Amber Heard and her legal team begins.