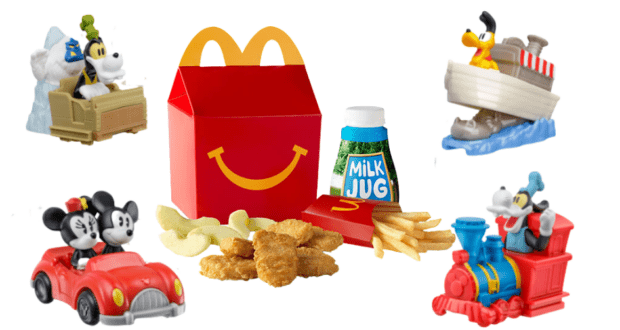 McDonald’s Happy Meal toys have been among favorite items for Disney collectors, and they can be surprisingly difficult to track down. Disney Happy Meal toys have not been included in the popular kids’ meals for some time now. If you were hoping to complete some of your collection from past collections, though, you may be in luck as McDonald’s just re-released one of its most popular collections of Disney toys! 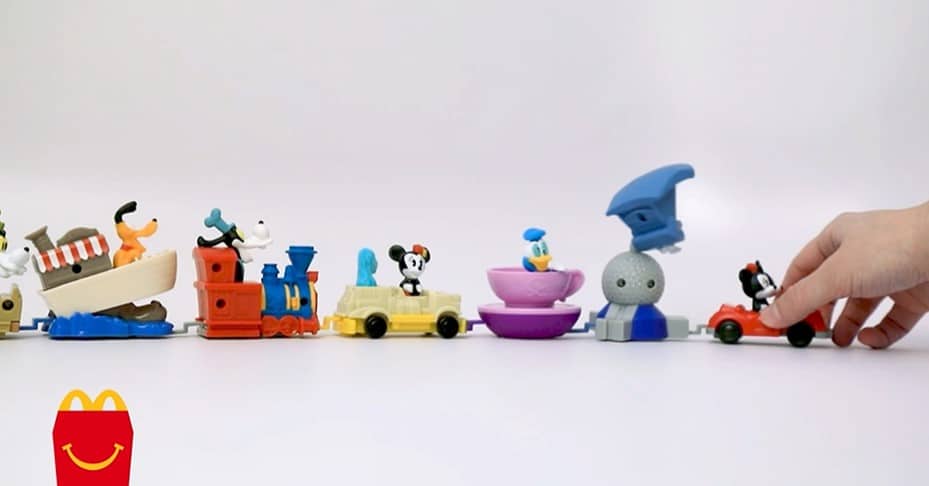 The re-release includes toys that originally debuted as part of the opening for Mickey and Minnie’s Runaway Railway in fall 2020. (The attraction did open earlier in the year, but it only ran for about two weeks before the pandemic closed down Disney parks and resorts.) The toys were then released later in the year then pulled due to flyers for a promotion going on at the time containing an error.

While the toys are listed on McDonald’s official website, the company does not indicate any end date for when the toys will once again be pulled, so if you are hoping to add any of them to your collection you may want to head to your local McDonald’s asap!

Looking for Walt Disney World 50th anniversary toys? Those were released at Mcdonald’s ahead of the 50th-anniversary celebration beginning in fall 2021, but unfortunately, no news has come out over whether or not they will be making a comeback. With 50 different characters to collect, those toys were also incredibly popular, so if they do return we will be sure to let you know here on Disney Fanatic.