Walt Disney World At Night - 10 Spectacular Experiences You Should Have 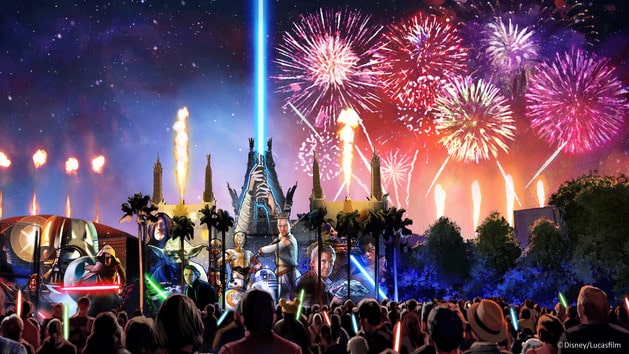 Disney’s Hollywood Studios is all about glamor, movies, and iconic stars, but nighttime visitors to the park can expect to have a very different star-studded experience with Star Wars: A Galactic Spectacular. This nightly show featuring a combination of lasers, lights, pyrotechnics, and state-of-the-art projection effects is a very recent addition to the lineup of must-see nighttime Disney World experiences. The show’s predecessor was the highly popular Symphony of the Stars, which directly influenced and inspired this new nighttime spectacular. Projected onto Hollywood Studio’s Chinese Theater, the show follows the Star Wars saga, beginning with a narrated prologue of A New Hope. Guests will see some of the films’ most memorable scenes, battles segments, various villains and heroes, major milestones from the movies, plus so much more. The legendary musical score from John Williams highlights the overall experience, making the force even stronger for all those in attendance.