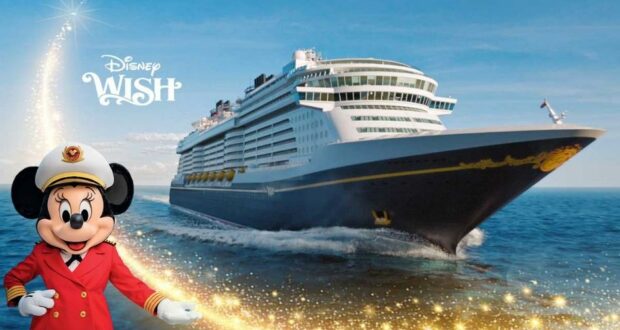 After years of anticipation, hard work, and more than a lost boy’s share of pixie dust, the christening of the Disney Wish is finally here, and Disney Cruise Line has made sure that this invitation-only event can be enjoyed by every Disney Fanatic from the comfort of their own home.

Disney shared a link to the live stream, saying:

Live from Port Canaveral, Florida, this unforgettable celebration of enchantment will showcase the world’s first look inside our innovative new ship and will feature special guests, spectacular musical performances and characters from your favorite Disney, Pixar, Marvel and Star Wars adventures.

This special event will also celebrate Make-A-Wish as a key part of making wishes come true onboard all Disney Cruise Line ships, as the Disney Wish godchildren recite the blessing that will symbolically bestow good fortune on the vessel and its travelers.

The Disney Wish is the largest and grandest ship yet in the Disney Cruise Line fleet, following in the wake of the Disney Magic, Disney Wonder, Disney Dream, and Disney Fantasy, and charting the course for two more currently-unnamed Triton-Class ships set to enter service in the coming years. But her christening will be slightly different. We at Disney Fanatic recently shared the news that instead of a traditional ceremony that grants the ship a Godmother, the Disney Wish will be christened by a group of Godchildren from the Make-a-Wish foundation–the non-profit organization which appears to have all but become the new ship’s namesake. 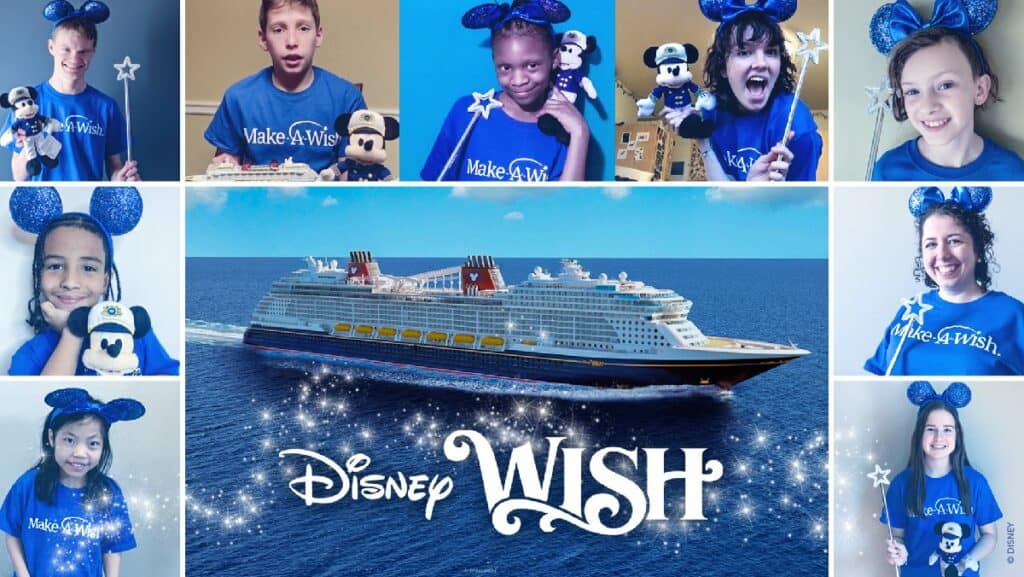 The Disney Wish is stuffed with new levels of Disney Magic made possible by the ambitious Walt Disney Imagineer. Onboard, Guests will find the first-ever dark ride/water coaster hybrid, the AquiaMouse, brand-new Frozen and Marvel dining experiences, an adult-focused Star Wars lounge, and the first-ever Walt Disney Imagineering Lab put to sea. While the Wish will embark on a year-round mission in the Caribbean, taking eager passengers to Castaway Cay, her christening follows the discovery of evidence pointing to Disney Cruise Line’s possible expansion into Australia. 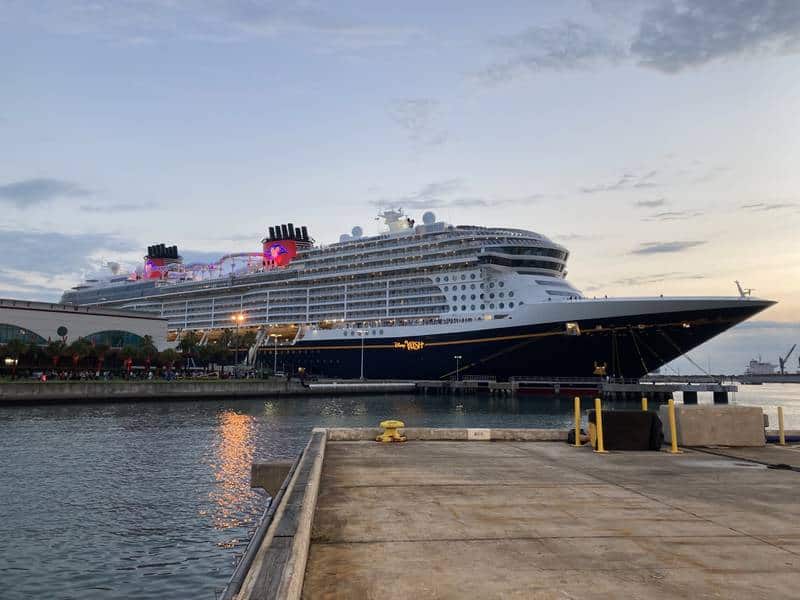 On behalf of all of us here at Disney Fanatic, we wish the Disney Wish and all who sail upon her clear skies, fair winds, and calm seas. God Speed!

The Disney Wish will depart on her maiden voyage on July 14. We at Disney Fanatic will continue to update our readers on Disney Parks news and stories as more details come to light.