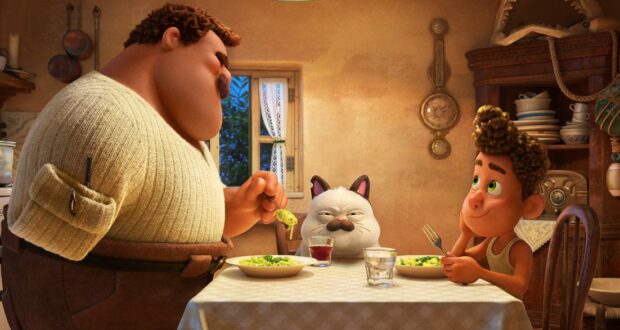 Watch the Trailer for “Ciao Alberto” Coming to Disney+ November 12

Here at Disney Fanatic, we are counting down the days to Disney+ Day on November 12! On Disney+ Day this year, the streaming platform will debut a variety of new shorts, films, and original series, and among the new additions we are most excited for is “Ciao Alberto,” a new short following the story of Disney & Pixar’s Luca.

Luca follows the story of the title character, a young sea monster living near the Italian coast, who wants to explore life on land. When he meets Alberto, the two quickly become friends and explore the town of Portorosso together, while learning the importance of friends and family throughout their adventures. When the two meet Giulia, a fellow underdog who is actually from Portorosso, they join her team to try their shot at winning the Portorosso Cup to ultimate take the title away from the film’s antagonist. (Spoilers follow if you have not seen Luca…)

By the film’s conclusion, the three win the race displacing the champion who essentially functions as the town’s bully. Giulia and Luca are off to school in a different town, and Alberto stays behind to help Giulia’s dad Massimo with his fishing business. It is from this point that the story is picked back up in the new shorts coming to Disney+!

The shorts follow the adventures of Alberto after his friend Luca and Giulia’s departure as he works alongside Massimo to help his business in Portorosso. The two seem like a delightfully unlikely duo, and given the film’s success and all of the excitement we have over the new programs coming just for Disney+ Day, we are very excited to see where Alberto’s story takes him!