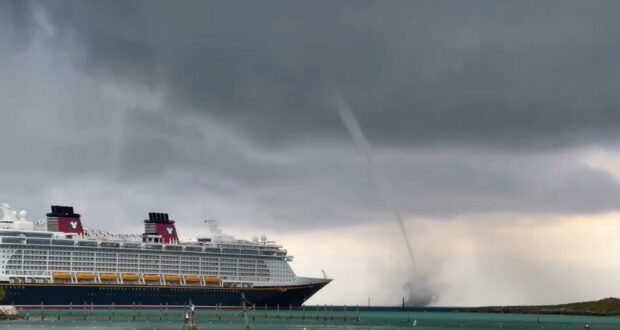 Disney Cruise Line Passengers got an unsettling surprise while they enjoyed their day on Castaway Cay this past weekend when a waterspout was spotted offshore.

According to a video uploaded to Twitter by eyewitness @cdmwebs, the tornado-like water phenomenon was spotted just offshore, in very close proximity to the Disney Dream beneath the dark, lingering rain clouds.

Saw a #WaterSpout for the first time today. Unfortunately it was at Castaway Cay. pic.twitter.com/coehrUTEA2

According to CruiseHive.com, while the poor weather did cause some delay in the Guests’ disembarking, and subsequent lightning warnings caused prohibited them from reboarding later that day (metal gangways), it was reportedly insufficient to completely cancel their Sunday on Disney’s private island.

The Disney Dream stayed docked at Castaway Cay from 8:00 am until 4:00 pm Sunday, May 29, and ended her three-day Memorial Day Weekend Cruise back in Port Canaveral, Florida, on May 30. 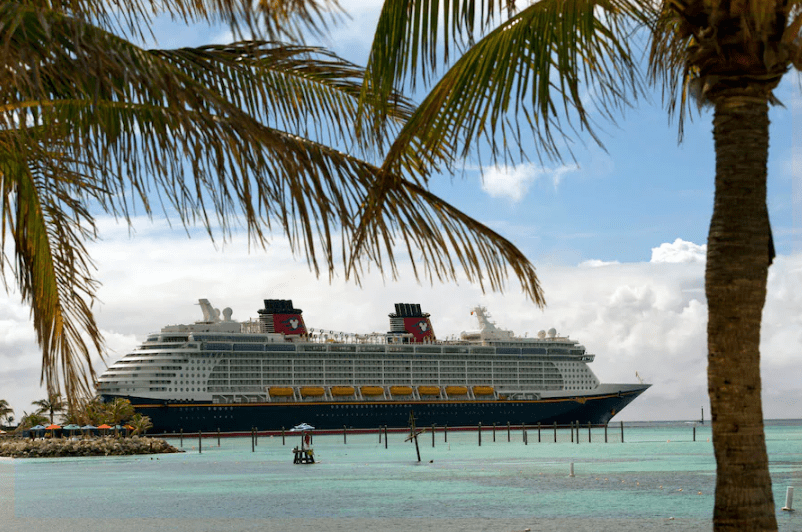 Related: Magic’ Down Under’: Disney Cruise Line Registers in Australia

Waterspouts have a tendency to form on the fringes of inclement weather and can appear in any proximity to land, from appearing as a thin black vertical line on the horizon to towering over a bay-crossing bridge. While much water than their tornado counterparts, they can still cause some serious damage. Luckily, no damage to Castaway Cay, passenger property, or the Disney Dream herself was reported. This is the first time in this reporter’s Disney-focused career that a water spout was spotted so close to a Disney cruise ship, although it is very doubtful it be the first ever.

Today, June 1, marks the beginning of another hurricane season in Florida and the Caribbean. As Hurricane Agatha crosses the Yucatan with a high chance of reforming into Hurricane Alex, would-be passengers should stay on guard for possible weather-related delays, detours, or outright cancellations. 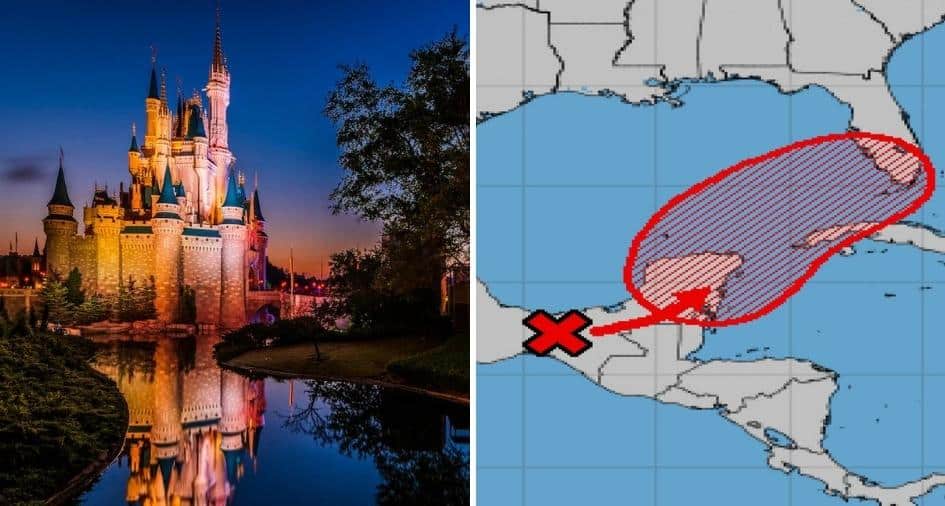 Related: Orlando could get First Hurricane of the Year this Weekend

We at Disney Fanatic will work to monitor hurricane season weather as it pertains to Disney Cruise Line and Walt Disney World Resort Vacations, and we will update our readers as more developments come to light.