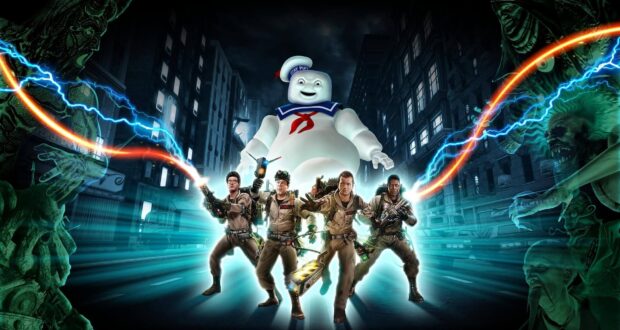 What if Disney Owned Ghostbusters?

There’s definitely something strange in the Disney Parks neighborhoods. The Haunted Mansion, Pirates of the Caribbean and Tower of Terror are just a few examples of Disney’s relationship with the weird and wonderful world of the supernatural – and that’s just the theme park attractions. There’s also the streaming service Disney+, and now that the House of Mouse has inherited a ton of new IPs following the Fox acquisition, with the likes of Buffy the Vampire Slayer being one of them, it’s curious to consider what other similar franchises they could make work.

One that comes to mind is Ghostbusters. With a new film due for release on November 19, it’s fair to say that this property is still as hot as it was back in the ’80s (or “too hot to handle” as Bobby Brown would say). In fact, there are a number of different IPs we think Disney could take on, such as Harry Potter and the Ninja Turtles. After all, Disney is no stranger to all things magic, superhero and supernatural – but could Ghostbusters work? In other words, if you were being troubled by strange noises in the middle of the night, who ya gonna call? Well, let’s suppose it was Disney…

A few years ago, things looked slim on the film front in the Ghostbusters franchise. But in 2016 we got our first reboot, and this year we finally have the long-awaited threequel Ghostbusters: Afterlife hitting theaters, which is a continuation of the original 1984 film and its 1989 sequel. And let’s not forget the two animated shows, The Real Ghostbusters and Extreme Ghostbusters, as well as a number of video games that have allowed fans to bust ghosts themselves.

So how could Disney do things differently where the movies and animated shows are concerned? While the franchise has an overall family appeal, it’s no mystery that there are a lot of adult themes at play – especially in the films – largely in the form of innuendos. Not only that, but some of the supernatural elements are actually quite scary too, whether it’s the Terror Dogs or the living painting of the evil sorcerer Vigo! And don’t get us started on the Librarian…

Would Disney make it all a bit more ‘Haunted Mansion’, or would Ghostbusters remain as scary as it is funny? It’s hard to tell, but it’s fair to say that the comedy element would probably be a focus if the House of Mouse was in charge, and the same goes for the paranormal science stuff too. So while the franchise’s scares would probably be watered down if Disney owned it, we don’t think the other signature ingredients would be overlooked.

At risk of sounding like a broken record, though, because we touched on the same thing for the Ninja Turtles and Buffy the Vampire Slayer if Disney owned those too, we think a CGI Ghostbusters series would work. You might have also noticed that we like to use The Clone Wars as a reference point, but it’s only because that show can be very dark, which proves that it’s not impossible for these IPs to retain their adult themes under the ownership of Disney.

We all know that Disney releases some unique and creative toy lines, with our favorites being the likes of Vinylmations and others that ‘cross the streams’ between franchises, like the Disney character-themed Star Wars figures. Well Ghostbusters is no stranger to crossover merchandise either, as there have been Ghostbusters-inspired Ninja Turtles figures and even an Ecto-1 Trans-Former (yes, a ghost-busting mobile in disguise!).

So there’s no reason to believe that Disney wouldn’t do the same with Ghostbusters. They probably wouldn’t really even need to change all that much, as Ghostbusters toys continue to be extremely popular, which include the likes of LEGO Ghostbusters. As for crossing those streams, we would just love to see Goofy the Gozerian and the StayPuft Marshmallow Minnie!

Related: 10 Non-Disney Franchises That Wouldn’t Look Out of Place at Walt Disney World

The fact that Ghostbusters has had a presence in theme parks might not be obvious, which is largely because there have been no major attractions. The most recent addition was the awesome Universal Studios’ Halloween Horror Nights Ghostbusters-themed experience, with 2019 being the last time something strange was in the parks. Back in Ghostbusters‘ heyday, though, there were a few stage shows that were inspired by the original 1984 film.

Ghostbusters Spooktacular, StreetBusters and Extreme Ghostbusters: The Great Fight Way kept Universal Studios busy on the ghost-busting front from the early ’90s through to the early ’00s. As such, Ghostbusters remains a Universal property in terms of utilizing it for theme parks. But what if it Disney owned it and decided to introduce it into the Disney Parks? What kind of attractions and experiences could we expect?

For starters, the iconic Ghostbusters firehouse would be a must. The façade has previously been used at Universal Studios, and Disney would need to follow suit if they ever took on the IP. But what would be inside? Well, a fire station of course! Guests would be able to queue in here for an attraction, where they would see secretary Janine at her desk taking calls and incarcerated specters groaning from the other side of the Ecto-Containment Unit door!

The attraction would combine the likes of Buzz Lightyear Space Ranger Spin and The Haunted Mansion, so Guests would board ‘mini’ Ecto-1 cars and explore New York City streets, where they would catch glimpses of the giant StayPuft between buildings. The cars would also take them through haunted libraries and museums, all the while ghosts such as Slimer, Muncher, and the Terror Dogs are targets for the Ecto-1’s built-in proton packs!

It remains to be seen whether or not Ghostbusters: Afterlife is a hit when it’s released on November 19, and as the 2016 reboot didn’t perform as well as Sony had hoped, it’s difficult to say whether the IP remains as lucrative as it was back in its heyday. With that said, it does remain as popular as ever, so it’s unlikely the House of Mouse and the Ghostbusters will ever cross the streams.