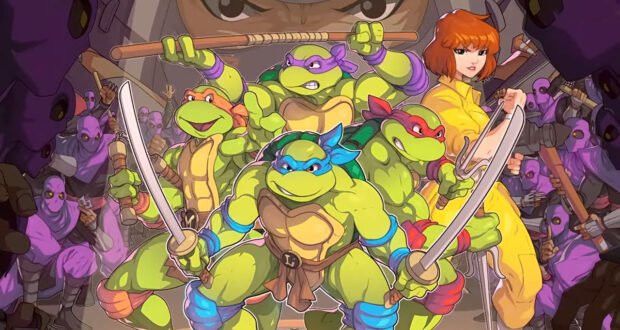 What if Disney Owned the Ninja Turtles?

We all know that Disney has its fingers in a lot of pies, but none of them happen to be of the pizza variety. From Star Wars to Marvel, Disney owns a lot of IPs, but Teenage Mutant Ninja Turtles isn’t one of them. With that said, despite the franchise’s gritty origins, it has enjoyed many family-friendly iterations since the original cartoon series in 1987.

Since 2001, Nickelodeon has done a great job at keeping things fresh for the IP by churning out three separate animated shows, a CG reboot movie, two live-action blockbusters and waves of toy lines. But while it seems that they’re the best people for the job, what if Disney owned the pizza-munching reptiles?

It’s hard to say whether they’d make TMNT awesome or cheesy, but it has all the right toppings for a Disney-owned franchise – a team of superheroes, a huge arsenal of villains and all sorts of gadgets and vehicles. While it might be a stretch to imagine Disney owning this IP in particular, here’s some food for thought (pizza, to be specific).

If you’re a fan of the Teenage Mutant Ninja Turtles, then you’ll be familiar with the various animated shows that have graced our screens since 1987. The original series ran for nine years and was eventually rebooted in 2001, but in 2012 we got our first CG series. The show is critically-acclaimed and even next to the popular ’80s cartoon is considered a fan-favorite. It also deals with some serious storylines and gets pretty dark in places.

You might be thinking that this doesn’t sound very Disney-like, but let us remind you of Star Wars: The Clone Wars. The long-running CG show is comparable to the 2012 TMNT series, in that both shows deal with some pretty heavy subject matter and are also fan-favorites within their respective franchises. The TMNT series, however, is far more ‘Disney’ than The Clone Wars, especially seeing as the latter is quite serious a lot of the time (and rightly so).

Taking all of this into account, it’s easy to imagine Disney doing their own CG reboot of TMNT. As for the movies, while we can’t imagine Disney going down the dark route, never say never. After all, Disney now owns the Planet of the Apes franchise and the recent trilogy is very dark. Yes, they acquired it through Fox, but it’s unlikely Disney’s upcoming Planet of the Apes 4 will be any less brooding than its three predecessors.

In fact, the concept of Apes is rather cheesy too, and so is the title. But just look at how those films were reimagined in 2011 with Rise of the Planet of the Apes. In other words, it’s not impossible to give TMNT the makeover it deserves. We’re not saying Disney are the ones capable of doing it – we’re just saying that it’s not impossible for them acquire it once someone else has!

The word ‘merchandise’ is pretty synonymous with TMNT. There wasn’t a child on the planet who didn’t own at least one of the action figures. And if there’s one thing we know Disney is great at doing, it’s making merchandise. Can you imagine the power they’d wield if they got their hands on the turtles? It’s the kind of power the evil Shredder only dreams he could master!

The late ’80s and early ’90s was ‘Turtle Mania’ – there were cartoons and movies rolling out and toys lining shelves around the world. But based on the toys alone, it’s a wonder why Disney hasn’t made a play for this highly lucrative property. Even to this day, new toy lines – and reproduced vintage ones – continue to sell like hot cakes (or pizzas). There seems to be no end in sight, but we aren’t complaining (and neither is Nickelodeon).

We touched on something similar when discussing the possibility of Disney owning Harry Potter, in that the House of Mouse likes to ‘experiment’ with their toy lines. And by experiment, we don’t mean they use mutagen (although we wouldn’t be surprised if they did harbor such technology!). Disney is known for creating ‘hybrid’ toy lines – think Vinylmations, those cute little Mickey-shaped figurines onto which they print all kinds of Disney characters.

It’s possible then, that along with regular toy lines, they would do something similar with TMNT. Ariel O’Neil? Donatello Duck? Or perhaps they’d cross them over with Star Wars characters too! Darth Shredder? Leonardo Skywalker? Raph Solo? Teenage Mutant ‘Jedi’ Turtles? The possibilities are endless! We want Disney to purchase the rights just for the toys alone!

Even the most hardcore Disney Fanatic isn’t aware that the turtles used to party at Disney’s MGM Studios (now Disney’s Hollywood Studios) at Disney World. Yes, Leonardo, Raphael, Michelangelo and Donatello used to hit the streets of ‘New York’ and put on one ‘shell’ of a show for guests. After cruising in their Turtle Party Van, they would get on stage with April O’Neil, who would sing the iconic intro made famous in the original ’80s cartoon.

The costumes were also pretty radical and were based on the ’80s cartoon designs, while the show paid tribute to the 1990 live-action movie with a rendition of “Turtle Power”. But the best part was that the half-shell heroes would end each show with their signature cowabunga high-fives! The property was never owned by Disney, though – there were actually many other non-Disney franchises making appearances in the parks back in those days.

But what would life be like for the turtles if they were still in the Disney Parks? It’s easily one of the many non-Disney IPs that wouldn’t stand out. Character Experiences would include the turtles and many others, like Splinter, Shredder, Casey Jones, April O’Neil, Bebop and Rocksteady, perhaps as part of a stunt show not unlike the Indiana Jones Epic Stunt Spectacular. Then there are themed stores, food, music – the IP is no stranger to broad merchandizing.

And how about an attraction? The most obvious that comes to mind is a sewer-based ride. But we’re not talking about the rat-infested kind (no offense, Splinter) – the environment and its inhabitants would work best if they were based directly on the popular ’80s cartoon, which is very colorful, clean and cartoony. Imagine seeing picture-perfect audio-animatronics not unlike those that populate the likes of Frozen Ever After. Now that would call for a cowabunga!

If we wind the clocks back a good few years, you might remember that Disney had ownership over the Mighty Morphin’ Power Rangers for a brief period of time. Yes, a team of color-coded superheroes who oozed cheese in their own way were once ruled by the House of Mouse, before they were ultimately bought back by their original owners Saban. So it’s plain to see that Disney is no stranger to retro superhero franchises. And let’s not forget the MCU.

In fact, we’ll let you in on a little secret – did you know that TMNT is based on the Daredevil comics? Created originally as a parody, the franchise eventually went on to become its own beast, but the clues are all there – Splinter is based on Stick, the Foot are based on the Hand, there are nun-chucks, bo-staffs, sai and kitana blades, and the chemical that transforms the turtles into mutants is the same that turns Matt Murdock into a superhuman!

So this is yet another fact that supports the idea of Disney owning the property. But imagining such a scenario shouldn’t be that weird anyway – after all, Disney owns Marvel, which is very cheesy in its own right. Gods, aliens, mutants and robots… Need we say more? Our point is that the turtles probably wouldn’t even stand out, whether it’s on Disney+ or at Disney Parks, because Disney has already proven that it can own almost anything and make it work.

And let’s not forget Star Wars – a property no one ever imagined Disney getting its big white mitts on. And the turtles are no strangers to exploring other universes, either – ever heard of Dimension X? Whether or not the IP could be as big as Marvel or Star Wars under the tutelage of Disney is another question entirely. But we see no reason why the turtles can’t undergo the same level of high quality-training from a mouse as they do from a rat!

Following their acquisition of Fox, Disney now also owns many IPs, such as Buffy the Vampire Slayer and The X-Files. While it’s unlikely they’ll ever make a move on TMNT, or Nickelodeon for that matter, it’s still great fun to imagine what it would be like if they did. What do you think? Go ninja go? Or no ninja no?