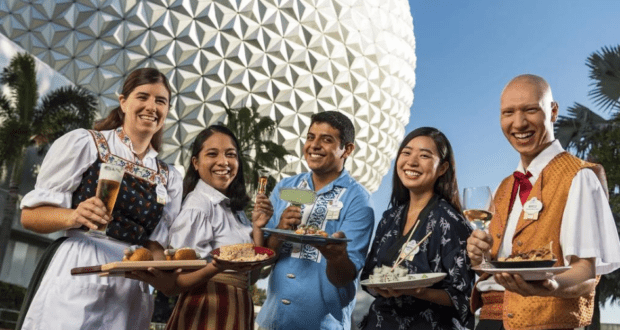 What We Love Best About EPCOT’s International Food & Wine Festival

We all know that any time of year is a great time to visit Walt Disney World Resort. Yet there are a number of seasonal events that take place annually, which make visits to Disney Parks during such times even more magical.

From special ticketed holiday parties at the Magic Kingdom to EPCOT’s various ongoing festivals, there are just so many things to love about Disney event extras. And it is EPCOT’s own annual International Food & Festival that can arguably be credited as being the start of such happenings. 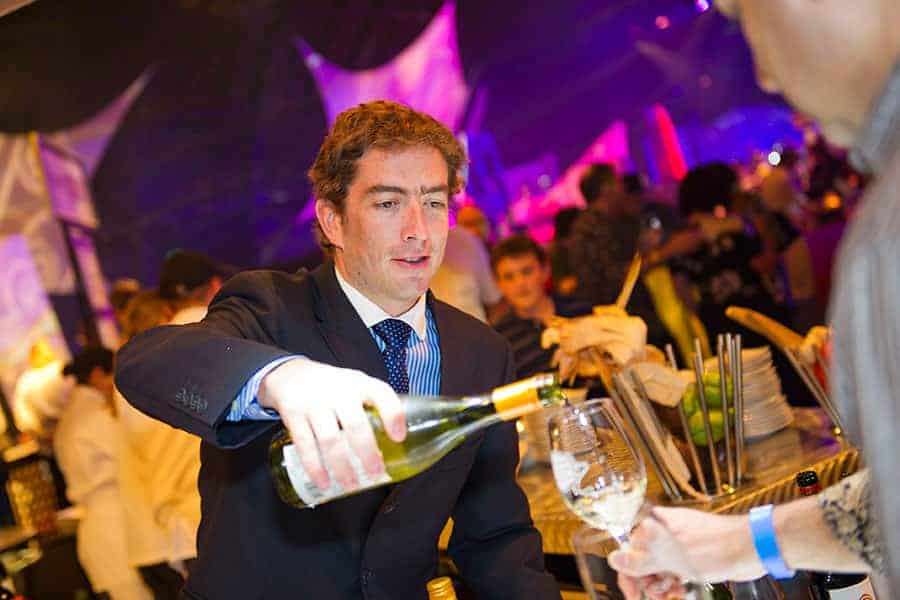 From its earliest days to its growth and expansion in more recent years, the EPCOT International Food & Wine Festival remains one of Disney’s most beloved annual traditions, attracting locals and visitors from far and wide alike. The ultimate foodie’s dream come true, it’s a chance to experience numerous cultural cuisine picks all in one place (including those not normally offered at EPCOT), along with seemingly limitless libations from around the world.

And let’s not forget all those other outstanding event features as well, like live music, cooking demos, celebrity chef appearances, and festive fun for all ages! There’s such an infinite number of things to love about the EPCOT International Food & Wine Festival that it would be nearly impossible to say them all. So we’re making a list of those we love best.

Its Growth as a Beloved Tradition

When the first-ever International Food and Wine Festival premiered in EPCOT back in the autumn of 1996, it was the start of a new, beloved tradition to look forward to at Walt Disney World Resort. Originally running for just one month, it had replaced a one-week wine fest event that Disney had previously presented.

Guests were instantly taken by all the gourmet goods at the featured food markets, popup booths boasting novelty cuisine samplings, international specialty sips being showcased, and cooking demonstrations/seminars that were even led by top celebrity chefs. Owing to its success, it goes without saying that with each passing year the event expanded both its offerings as well as its runtime. The seasonal start was eventually bumped up to mid-summer, with its conclusion being pushed back further into the fall, just before the holiday season. That’s right, attending the EPCOT International Food & Wine Festival comes included as part of the regular admission price you’d pay to get into EPCOT. So even if you hadn’t planned to take in the festival festivities beforehand, you’re free to wing it last minute while out and about. It should be noted, however, that the food or drink features here are not offered complimentary, and any items you do wish to consume must be purchased, of course.

There are also several extras in the way of activities, demonstrations, and entertainment happenings that do come at an additional cost. Guests also have the option to make reservations for such extras well in advance by visiting TasteEPCOT.com. 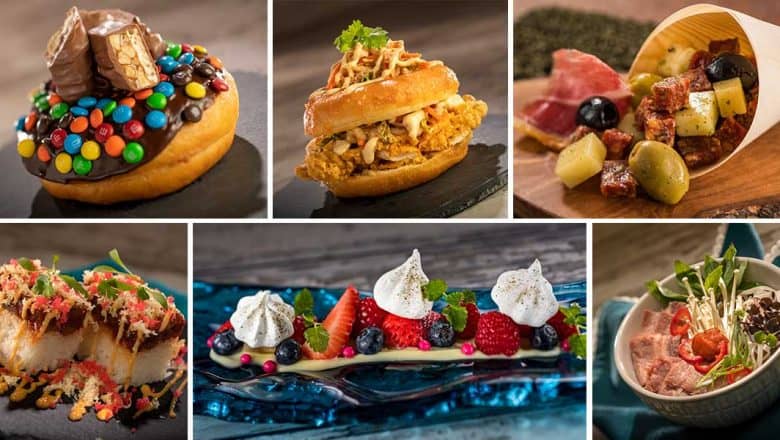 A Bounty of Different Booths

While each year the numbers vary, you can expect to find anywhere between 20 and 30 different festival booths all around EPCOT, set up in honor of the grand occasion. Locations are largely concentrated throughout the World Showcase Pavilion, although you will also find several booths at other locations throughout EPCOT.

Each booth generally adheres to specific cultural or regional offerings as well as some that keep with a themed cuisine fixing. Most booths feature at least one food sampling, a dessert option, and an alcoholic drink variation. Items are offered in small plated portions at a price range averaging somewhere around $5 to $10. 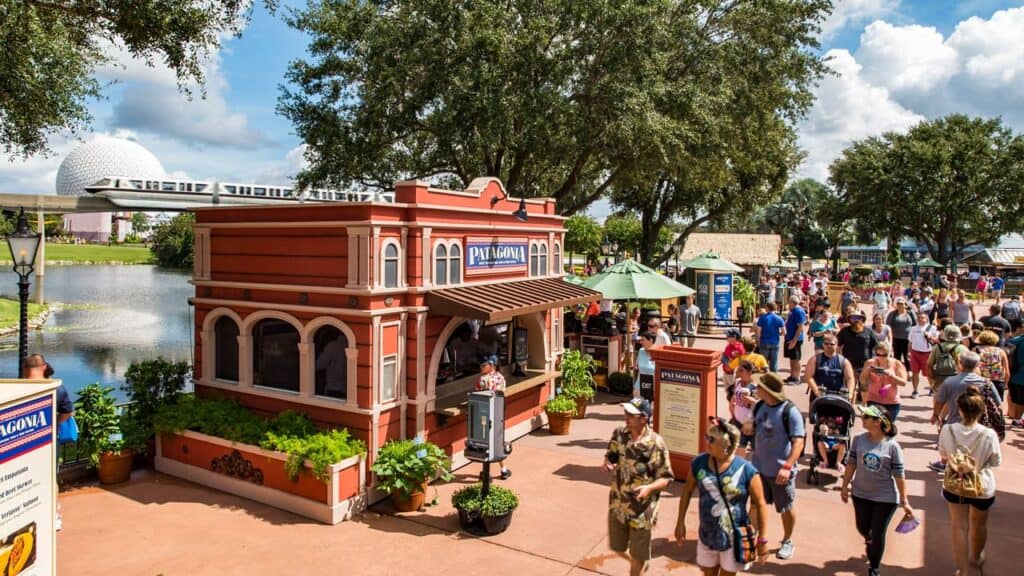 Exclusive Merch for the Occasion

Like every special event at Disney Parks, the EPCOT International Food & Wine Festival provides the perfect opportunity for snagging up some exclusive merch and memorabilia. From clothing, trading pins, mementos, kitchen essentials, and more, you’ll find the goods at many locations throughout the Park, including some of EPCOT’s favorite gift shops like Port of Entry, Creations Shop, and World Traveler. Other unique exclusives can be found at various popups. Daily musical performances pair perfectly with the eating and drinking scene at the International Food & Wine Festival. Presented as the well-known “Eat to the Beat” concert series, live musicians are onsite every evening within EPCOT’s America Gardens Theatre. Both big-name performers, as well as local talents, make up the extensive lineup, with the aforementioned taking the stage Fridays through Mondays and the latter rocking the scene Tuesdays through Thursdays. 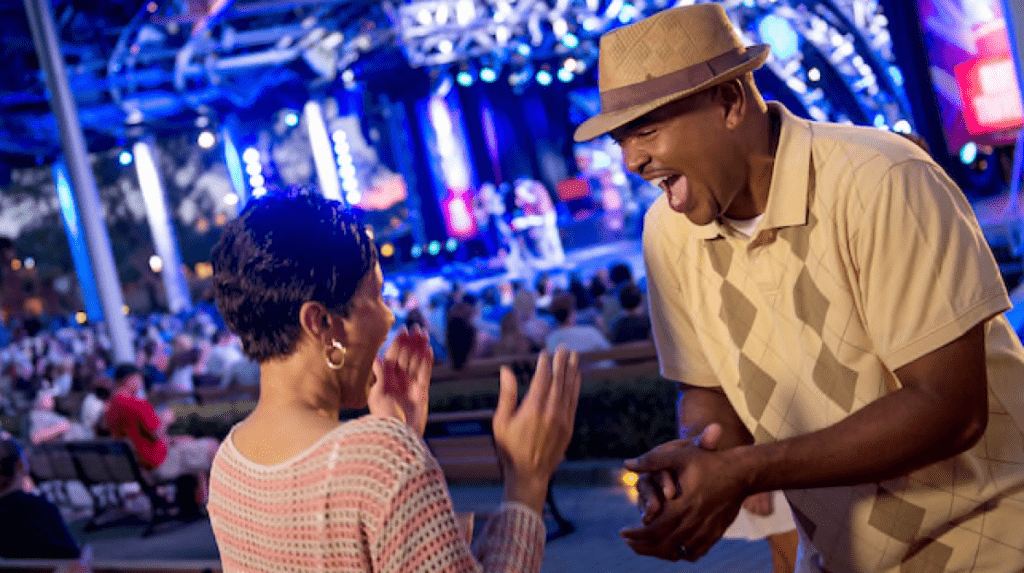 There is also a special Eat to the Beat Dining Package available, in which Guests may dine at one of several participating venues within EPCOT and be assured a designated seating location for that evening’s concert. 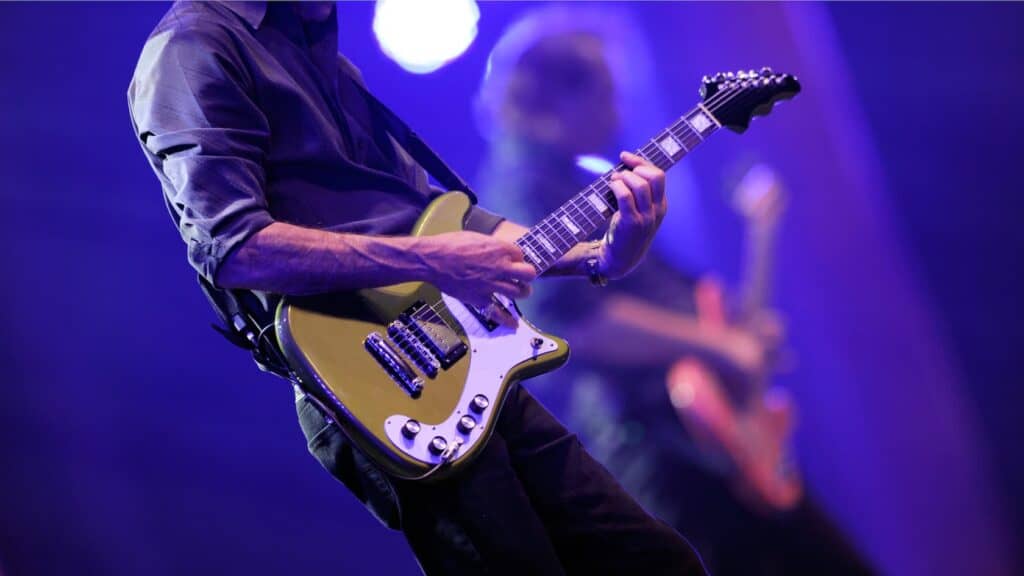 Related: Where to Find Live Entertainment at Disney World Beyond the Parks

Fun for the Kiddies Too!

Don’t let the name fool you. Aside from the whole wining and dining bit, children will find plenty of fun activities to delight in during the event. For starters, there’s the Remy’s Ratatouille Hide & Squeak scavenger hunt. Maps and stickers can be gotten at merchandise locations throughout EPCOT. Completed maps may be taken to Disney Traders or World Traveler. 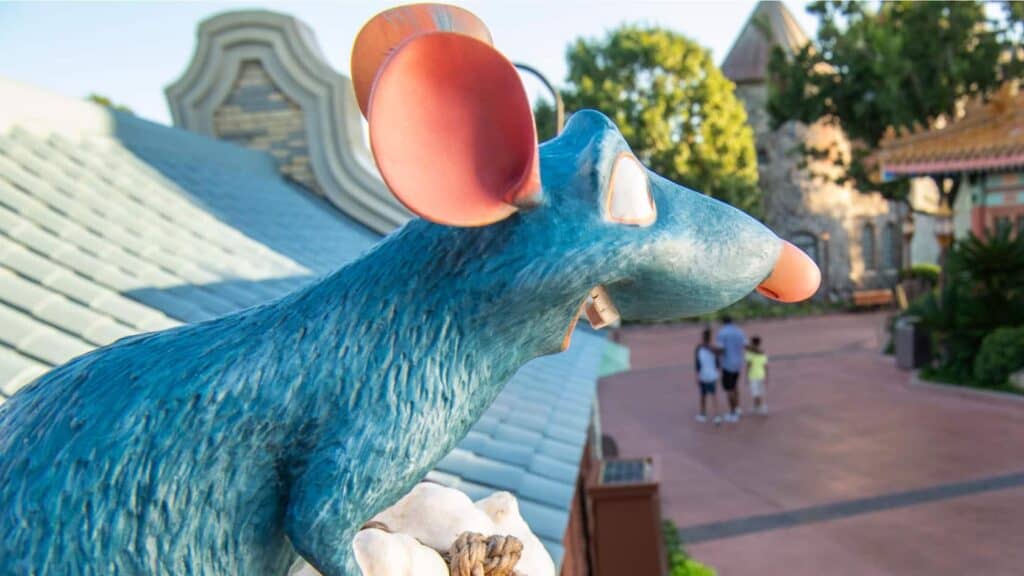 What initially began as a 30-day autumnal event running from late September to October eventually grew in length and duration. Now EPCOT’s International Food & Wine Festival starts in mid-July and runs through the end of November. For the past year, its schedule has been running on a loop lasting longer than ever before.

So for faithful fans and foodies, that means there’s far more to enjoy now than ever before and for a longer time too. What a way to eat, drink, and be merry! 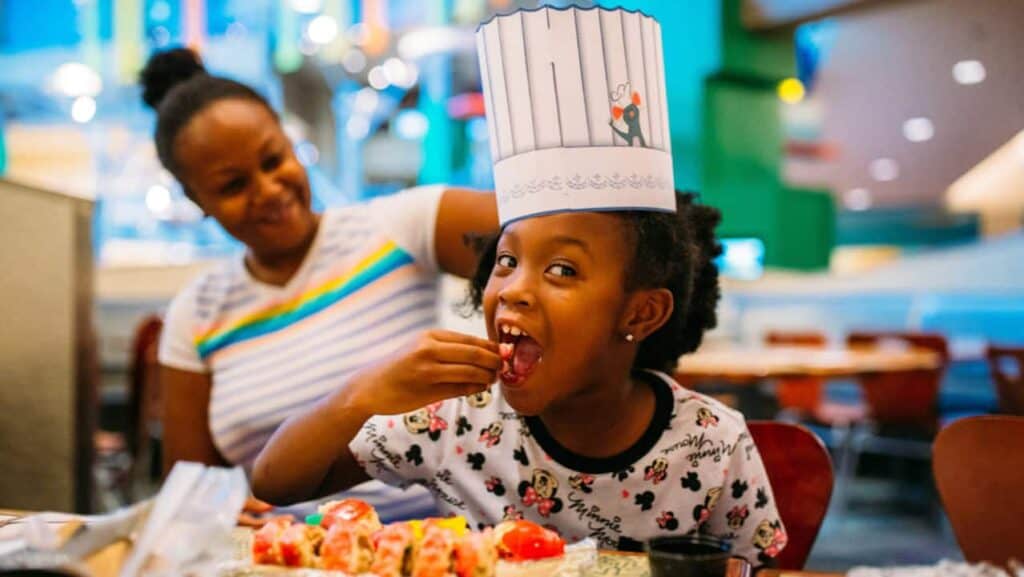 And let’s not forget how the EPCOT International Festival of Holidays headlines most in-Park happenings every holiday season as well. In truth, EPCOT offers up ongoing special events year-round to make the scene brighter and more magical whenever you so choose to visit.