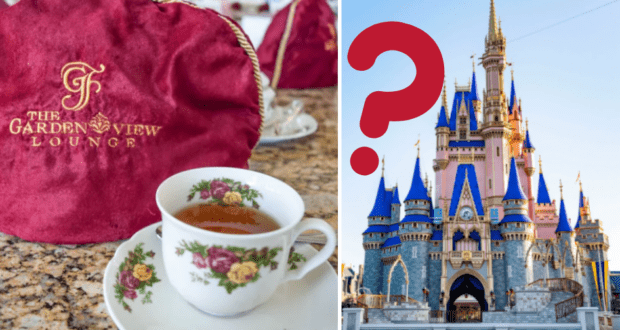 When Will Afternoon Tea Return to Walt Disney World?

Popular dining experiences have largely returned to the Walt Disney World Resort, but a few outliers are still missing, including one of my personal favorites, afternoon tea at the Garden View Tea Room in Disney’s Grand Floridian Resort & Spa. While we have not heard updates on the remainder of the Grand Floridian’s restaurants that have yet to reopen (afternoon tea, along with 1900 Park Fare) Disney has announced that a new afternoon tea experience will be coming to Disney’s Boardwalk. With this new experience set to open next year, one has to wonder, will afternoon tea return to Walt Disney World sooner? 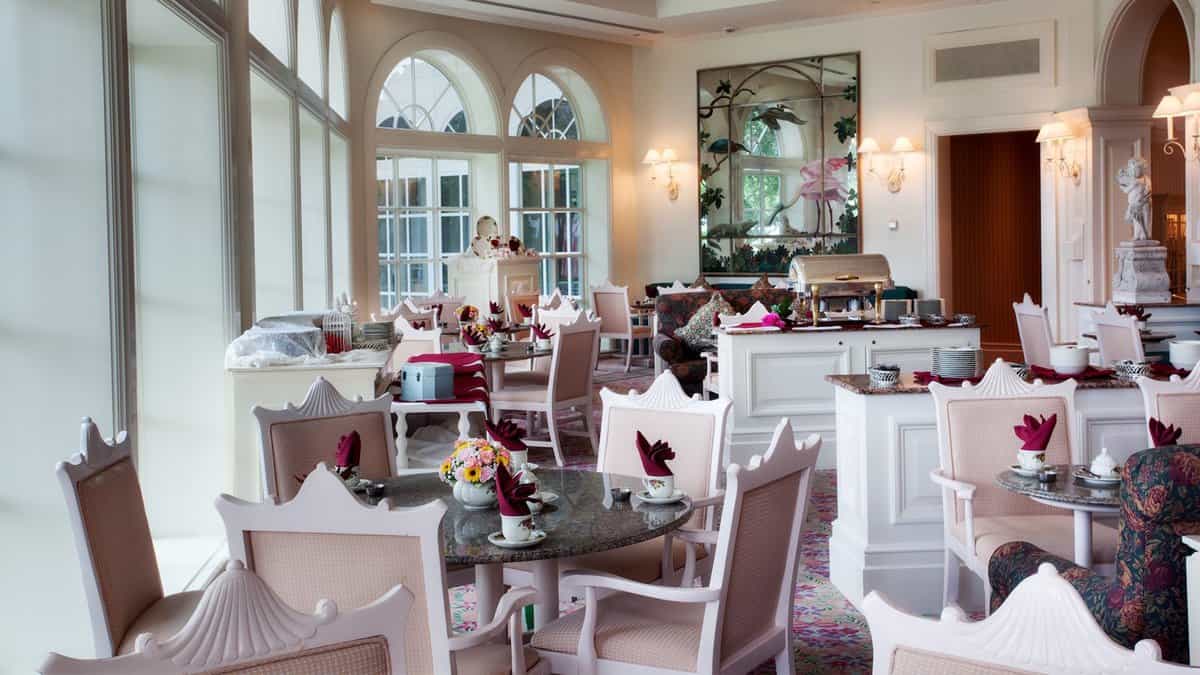 Related Post: When Will the Rest of the Grand Floridian’s Restaurants Reopen?

Prior to Walt Disney World’s closure at the onset of the COVID-19 pandemic, the Garden View Tea Room at Disney’s Grand Floridian Resort & Spa offered a classic afternoon tea experience just a short monorail or boat ride away from the Magic Kingdom.

Located right off the lobby with views of the resort’s beautiful garden, this restaurant was a popular spot for a unique family outing near the Magic Kingdom and afternoon dates with a traditional afternoon tea menu of a tiered serving of tea sandwiches, scones, and desserts plus a pot of tea.

For little ones, Disney’s Perfectly Princess Tea which was previously available at this location offered a unique tea experience where young Guests could dress up as their favorite princesses and be greeted by Princess Aurora. 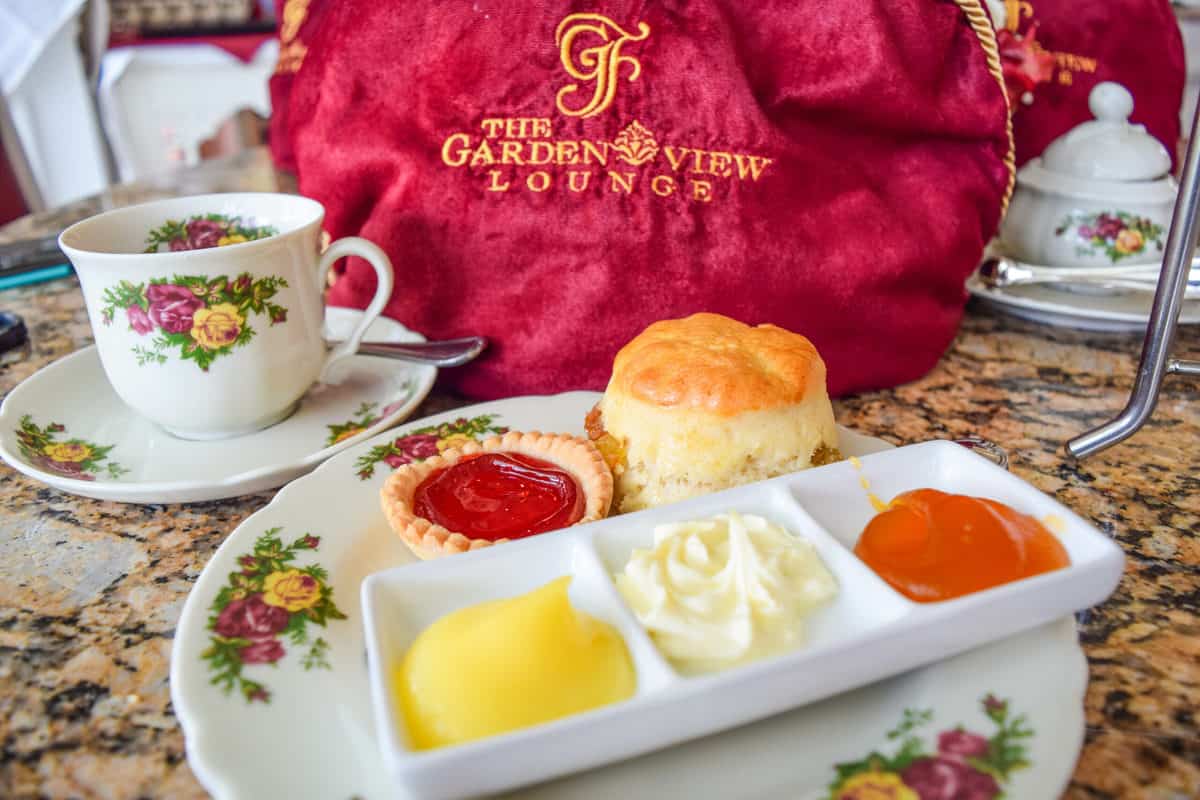 With most other Disney restaurants already reopened, it seems possible that the Garden View Tea Room will not reopen, at least as we have known it for years. The Grand Floridian has been undergoing a number of changes recently, with Citricos reopening with a loose Mary Poppins Returns theme, and the former Mizner’s Lounge transformed into the Enchanted Rose bar inspired by Beauty and the Beast (2017).

On Disney’s official website, the Perfectly Princess Tea has been removed altogether while the Garden View Tea Room remains tagged with the “Temporarily Unavailable” note. As for the future of Garden View Tea Room? I hate to say this, because it is one of my favorite restaurants at Walt Disney World, but I would hazard a guess that this restaurant is not reopening, at least in its current form. The website issues combined with Disney’s announcement that a new afternoon tea experience is coming to the Boardwalk make me hesitant to get my hopes up for this one to return (I really hope my hunch on this is wrong, though!)

The Cake Bake Shop by Gwendolyn Rogers is a new table service restaurant and bakery coming to Disney’s Boardwalk next year (to the location of the former ESPN Club restaurant.) This new location will feature both sweet and savory menus for full-service dining and to pick up items from the bakery along with an afternoon tea service.

Disney has not yet shared additional details on the Cake Bake Shop, but with the opening of a new afternoon tea experience at a Disney deluxe resort, it seems to support the possibility that the Garden View Tea Room will remain closed since the experience of afternoon tea, albeit different, is still returning at least by next year.

We do not have an opening date for the Cake Bake Shop yet, in fact, it does not seem like work has started at least on the exterior of the building, but we will share an update once we know more. 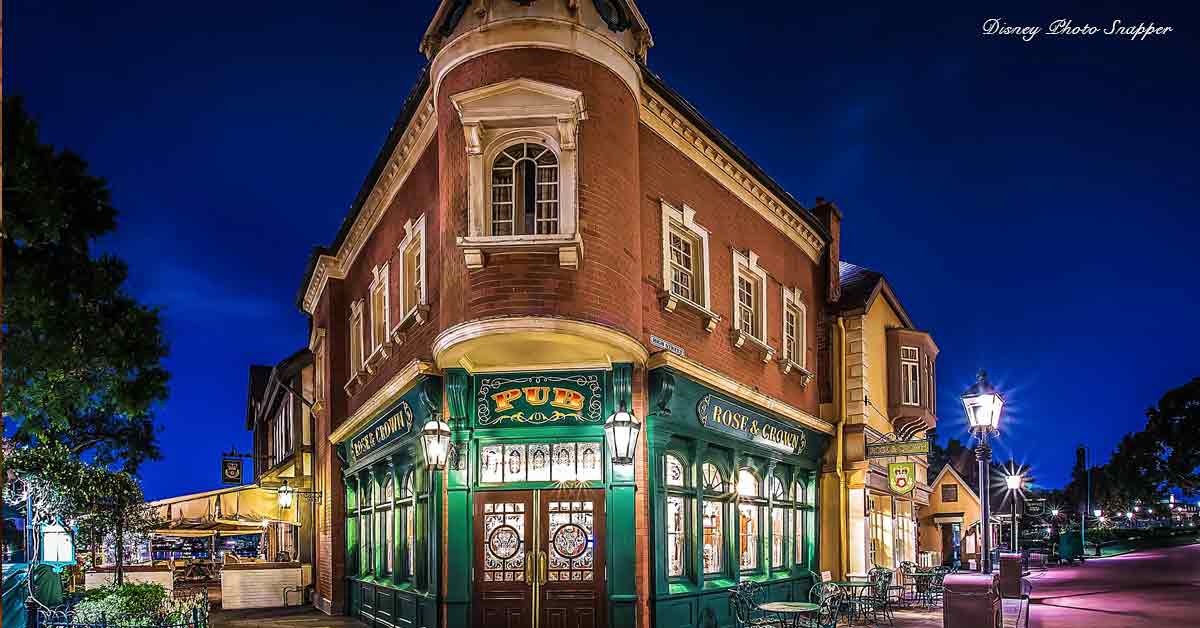 A short-lived afternoon tea experience opened in the Rose & Crown Dining Room in EPCOT’s UK Pavilion in 2018, only to run for less than two years before the pandemic shut it down with no indication as to if or when it will return.

This afternoon tea lineup consisted of finger sandwiches and scones, and rather than selecting a single blend of tea to brew in a full pot, the experience allowed Guests to sample a number of different Twinings teas throughout their meals.

When it was last offered, it was priced at $30 per person (about $10 less than the least expensive option at the Grand Floridian) which led many Guests to feel that it was an excellent value. Rather than a traditional high tea setup, this afternoon tea was more like a tasting with a guide from the UK pavilion on hand to assist Guests with brewing each blend of tea and to share flavor notes and tea trivia.

The Rose and Crown Dining Room’s tea service was only offered in the morning hours beginning in fall 2018 and running up until the 2020 closure, meaning it only operated for a full year in 2019. Given that the hosts of the experience were from the UK and very experienced with tea tastings, it made sense that this experience did not return when the park reopened but cultural representatives were still missing from EPCOT. With that program returning soon, though, could afternoon tea return to the UK pavilion?

So When Will Afternoon Tea Return? 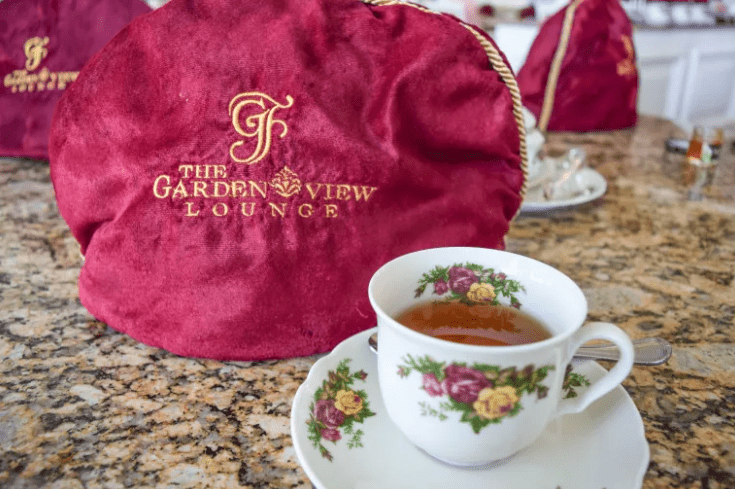 My guess would be that afternoon tea will return either later this year to the Rose and Crown Dining Room or next year whenever the Cake Bake Shop opens, with the Garden View Tea Room, unfortunately, remaining closed, or at least eventually being revamped into something entirely new.

If tea’s return to the Rose and Crown is dependent on cultural representatives returning, we could see this experience back in EPCOT by the end of the year, and that would be my earliest guess as to when we might see afternoon tea return to Walt Disney World.

As always, we will keep you updated on the status of afternoon tea and other restaurant openings around Walt Disney World here on Disney Fanatic. (And keep your fingers crossed that the Garden View Tea Room reopens, too!)