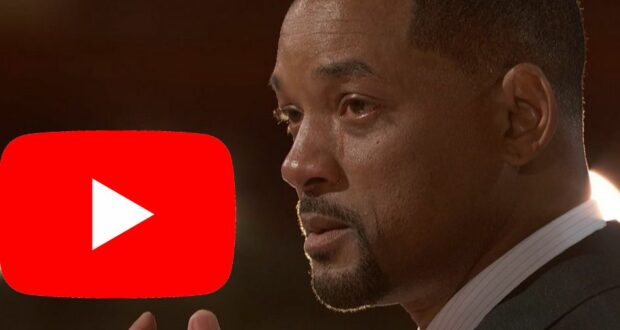 The 2022 Academy Awards were among the Academy’s most memorable — and, unfortunately, not for a good reason. Footage of Aladdin actor Will Smith hitting stand-up comedian Chris Rock live onstage after a comment about Smith’s wife Jada Pinkett-Smith meant that the actor was hit equally hard by controversy — not to mention by a 10-year-ban from the Academy.

The actor and father of three who won Best Actor for the movie about the father of Serena Williams and Venus Williams, King Richard, had to make a tearful and somewhat stilted acceptance speech when he won the Oscar just minutes after slapping Chris Rock across the face and shocking viewers. 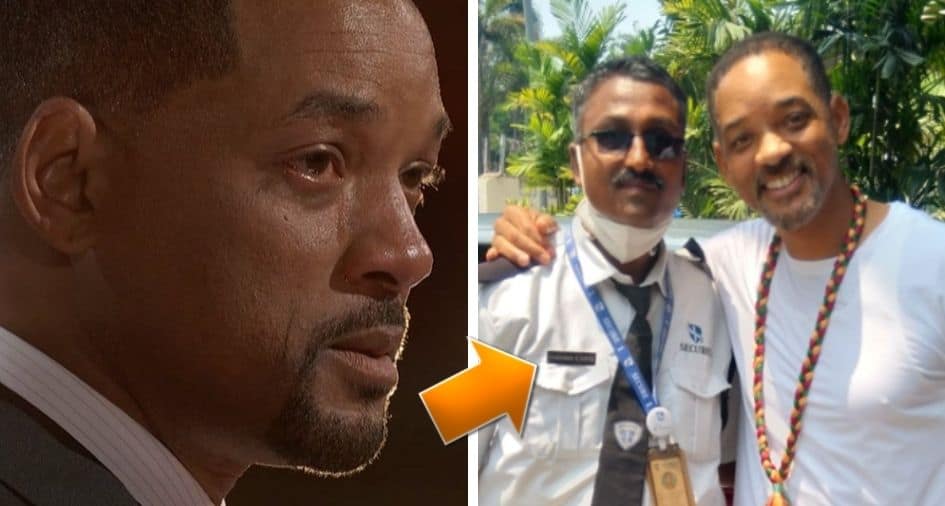 Will Smith showed up in India after the ‘Oscars slap’ incident.

Will Smith slapped Chris Rock after the comedian made “a G.I. Jane joke” about Jada Pinkett-Smith’s close-cropped hair (it is not clear if Chris Rock already knew that Jada was suffering from alopecia).

The Aladdin actor has stepped away from the limelight in many ways ever since, although he did show up in India, and now Will Smith has taken charge of the narrative by posting his own Youtube video with long, calm apologies.

In the video shown above, Will Smith (who has a documentary series on Disney+ and has several projects that have been put on hold) answered many questions from fans that he had not yet answered directly. First up was a question about his reasons for omitting an apology to Chris Rock from his acceptance speech.

“I was fogged out by that point,” Smith said. “It is all fuzzy. I’ve reached out to Chris and the message that came back is that, he’s not ready to talk. When he is, he will reach out. I will say to you, Chris, I apologize to you. My behavior was unacceptable and I am here whenever you are ready to talk. I want to apologize to Chris’s mother,” the Oscar-winning actor added.

“I saw an interview [she] did, and that was one of the things I just didn’t realize. I wasn’t thinking, but how many people got hurt in that moment. I want to apologize to Chris’ mother, I want to apologize to Chris’s family, specifically Tony Rock. We had a great relationship. Tony Rock was my man. This is probably irreparable,” the Fresh Prince of Bel-Air star continued. 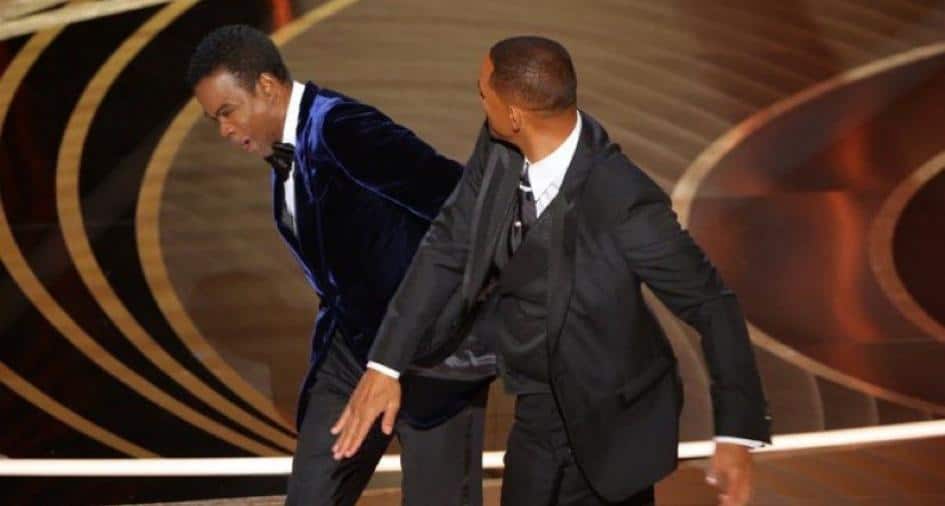 “I spent the last three months replaying and understanding the nuance and complexity of what happened in that moment,” the Emancipation actor said. “I’m not going to try to unpack all of that right now, but I can say to all of you, there is no part of me that thinks that was the right way to behave in that moment. No part of me that thinks that is the optimal way to handle a feeling of disrespect or insult.”

Will Smith then answered another prominent question about whether or not his wife had caused him to slap Chris Rock. “No,” Will Smith said. “I made a choice on my own, from my own experience, and my history with Chris. Jada had nothing to do with it. I’m sorry, babe, and I want to say sorry to my kids and my family for the heat that I brought on all of us.”

The Hitch actor also apologized to his fellow Oscar nominees, such as Jessica Chastain (who, in case you didn’t know, has actually played a Disney princess). “To all my fellow nominees, this is a community,” Smith continued. “I won because you voted for me and it really breaks my heart to have stolen and tarnished your moment. I can still see Questlove’s eyes – it happened on Questlove’s award – and I am sorry isn’t really sufficient.”

Will Smith finished the video with the following statement: “Two things. One, disappointing people is my central trauma. I hate when I let people down, so it hurts me psychologically and emotionally that I didn’t live up to peoples’ image and impression of me. The work I am trying to do is, I am deeply remorseful and I’m trying to be remorseful without being ashamed of myself”. 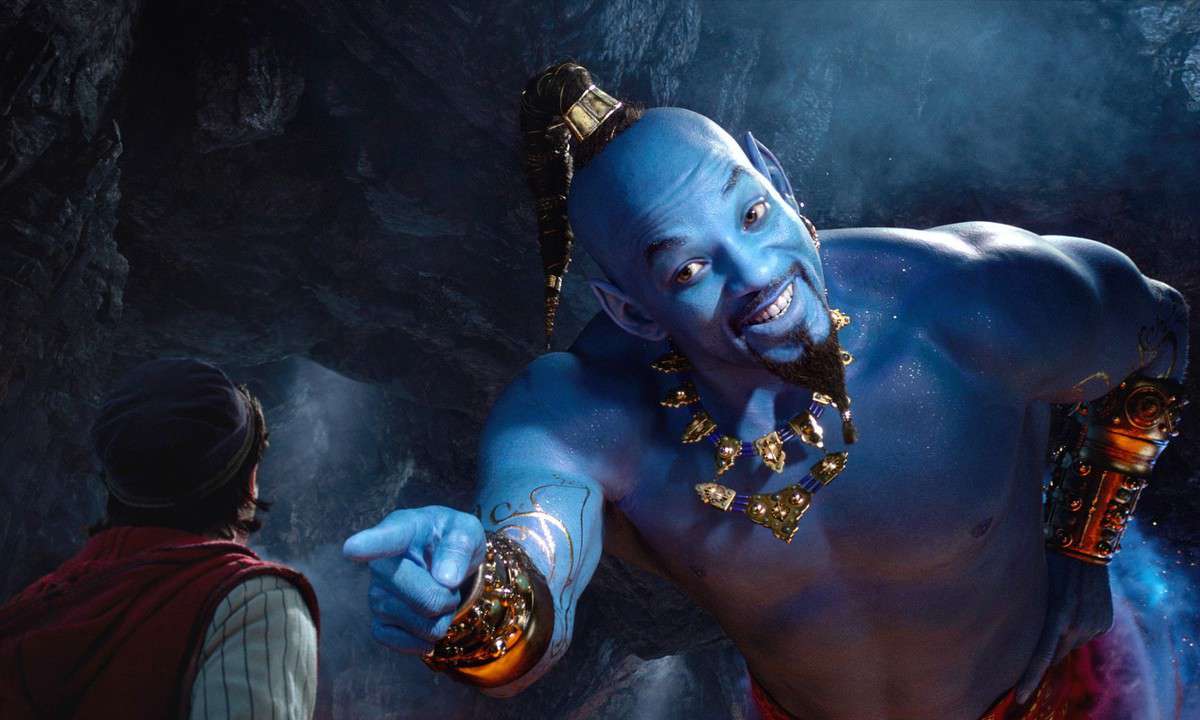 Will Smith played the Genie in ‘Aladdin’ Credit: Disney

“I’m human and I made a mistake and I’m trying not to think of myself as a piece of s*** so I would say to those people, I know it was confusing, I know it was shocking, but I promise you I am deeply devoted and committed to putting light and love and joy into the world. If you hang on, I promise we will be able to be friends again,” the King Richard actor finished.

You can see the full video above! Will Smith has typically been a very popular actor, and fans are very divided about the actor’s behavior and his reasons for it. As Deadline put it, “many felt that despite an action which earned him a ten-year ban from the Academy, Smith has always been a man worthy of admiration, who had a terrible moment in the worst possible place to do it.”

Are you still a fan of Will Smith despite his Oscars outburst?