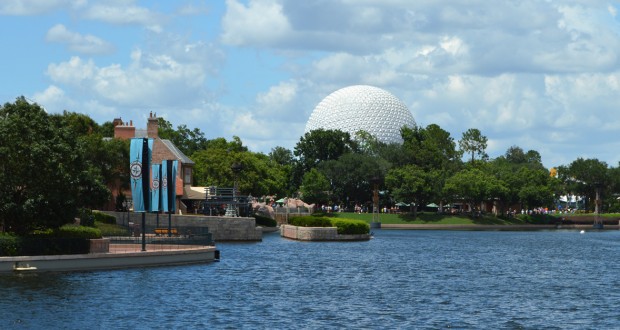 If you’ve not taken a walk through Epcot’s World Showcase at Disney World, you are missing out! Imagine touring the sights, sounds and flavors of many different countries, all side-by-side. EPCOT’s World Showcase affords visitors a taste of these unique countries by viewing movies, talking to locals (Cast Members with knowledge of each region), taking a boat ride, and seeing a few shows with details about the country you are in at the time. Perhaps my favorite way to experience these cultures is the food. Table-service and quick-service restaurants are available as well as carts providing exotic delicacies that are pure heaven!

Of the countries represented in the current World Showcase, there are many interesting places to see. Morocco, Norway, and Japan, France, Canada are just a few of the many countries to visit without leaving the USA! But alas, Disney didn’t include the following countries in the current World Showcase. But don’t fear! Disney has room for expansion and can add any of these or other countries in the future. Here are ten countries that could have made the cut and would have been a treat to visit at Epcot.

10. New Zealand – Home to some of the friendliest people in the world according to numerous surveys – this country from across the globe is one of the most picturesque, and geographically diverse nations out there. If you’ve ever taken in one of the Lord of the Rings movies, you’ll have seen startling panoramas of this breathtaking land.

9. Thailand – Situated in Southeast Asia, this country is often overlooked when it comes to its architecture, but it is a major part of the country’s rich cultural legacy. Great food, a tropical climate, fascinating culture, majestic mountains and great beaches, Thailand attracts travelers the world over.

8. Portugal – A country that would have been a great fit for the World Showcase with its’ medieval villages of Marvão and Monsaraz. Noted for their music, sun and endless supply of gorgeous beaches, visitors dance the night away alongside the locals during their many festivals. The natural wonders of this country would also be a site behold in an Epcot re-creation.

7. Denmark – With historical buildings that had origins in the Viking period, Denmark would have been a nice addition to the World Showcase. Traditional Danish food like open sandwiches and classic roast pork with parsley sauce and their new focus on “live” food would make this country a welcome gastronomic addition to Epcot. Some of the modern structures of the Scandinavian country are what some would call just plain whacky….and whacky is cool!

6. Greece – I am a big fan of Greek Mythology and that entire time period when the Greeks were running the show in the known world. The beautiful country has a history that not many places in the world can touch. Combine that with the stunning architecture and Mediterranean fare, I hope they gain a place in the World Showcase someday.

5. Brazil – Considering the mixture of Native Brazilians, Portuguese and Africans, Brazil is a cornucopia of culture. Combine that with endless beaches, world-renown nightlife, and fluid architecture, Brazil might have made a stunning addition to the Showcase.

4. Philippines – Friendly locals, colorful festivals and stunning beaches would make this corner of Southeast Asia welcome addition to Epcot. But one of the most amazing aspects of this culture is the food – exotic fare that’s a tasteful fusion of Oriental, European, and American culinary influences with a wide variety of fresh seafood and delectable fruits. Can you imagine the table-service restaurant in this possible corner of the World Showcase? I have one word for you – epic! Americans typically rave about trips to the Philippines. I don’t know if I’ll ever have an occasion to visit this corner of the world… maybe Disney can provide us with a taste of this welcoming culture at Epcot.

3. Nepal – It has some of the most diverse landscapes in the world, with mountain ranges, jungles, and frozen valleys. Being home to the highest point on earth, Mt. Everest, certainly makes Nepal a future choice for Epcot. I guess we may just have to settle for Expedition Everest in Animal Kingdom for the time being.

2. Australia – The sixth largest country as judged by land mass, Australia is a stunning jewel of culture and adventure. Imagine demonstrations of the indigenous Aboriginal people and a miniaturized version of the Sydney opera house! Taking their cues from Irish and English foods, Australian fare is known for their roast dinners, the Australian meat pie and fish and chips. The balance of industrialization and natural beauty of this country makes them a model of balance and eco-consciousness.

1. Spain – This beautiful country could be the backdrop for any film that needs awesome scenery, both natural and man-made. Flamenco dancers, Spanish guitarists, paella, croquets… I can almost taste it! The architectural marvels of this country alone make it a clear option for addition to the World Showcase.

Do you have a country you’d like to see added to the World Showcase or any other thoughts about those mentioned above? We’d love to hear from you. Post your comments below.