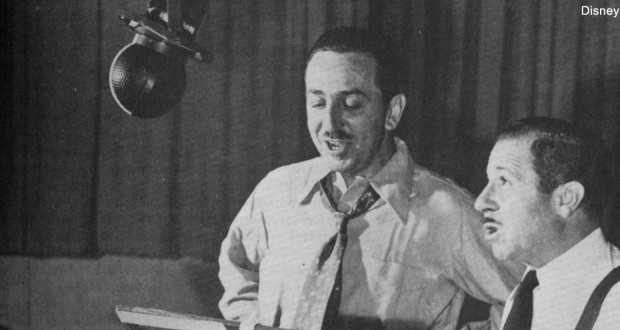 The 5 Voices Behind the Billion Dollar Mickey Mouse

Have you ever wondered who was that famous little falsetto voice we know as Mickey Mouse? That honor has gone to only a few gentlemen over 8 decades beginning with the founder of The Walt Disney Company, Walt himself. The voice of any person or especially a character animation is of paramount importance because it is one major way to express personality. Casting the right voice actor for Mickey would bring him to life. Walt Disney was the co-creator of this little mouse and took pride in being the original voice for Mickey beginning with the 1929 short the Karnival Kid.

With the growth of the company, Disney found he was too busy to continue doing the voice work. So after 1946, while recording Mickey and the Beanstalk (a section of Fun and Fancy Free), Mickey’s voice was given to Jimmy MacDonald, veteran Disney musician and actor. Disney’s and MacDonald’s voices can both be heard on the final soundtrack. There was some speculation that Disney’s cigarette habit had caused damage to his voice. Let’s stick to the running of a multimillion/billion dollar company as the reason for casting a new Mickey voice!

John James, “Jimmy”, MacDonald was born May 19, 1906. He was a British-born voice actor and the original head of the Disney sound effects department. He was the voice of Mickey Mouse from 1947 to 1977 when he retired. MacDonald, in addition to directing sounds for animated shorts such as Mickey’s Trailer (1938), created many original inventions and contraptions that made those extraordinary sounds we hear for characters like Casey Jr., the circus train engine from Dumbo (1941); Evinrude the dragonfly from The Rescuers (1977); the bees in Winnie the Pooh and the Honey Tree (1966); and Buzz-buzz (later called “Spike”), the bee who gets the best of Donald Duck in his 1950s short films.

MacDonald even added voice effects, like Kirk Douglas’ on-screen humming in 20,000 Leagues Under the Sea (1954). MacDonald did the yodeling for the dwarfs in Snow White and the Seven Dwarfs (1937) as well as doing some sounds for Dopey such as his hiccuping and sobbing. Well, somebody has to do it! MacDonald was also the original voice actor for Chip, (Chip and Dale). He was the voice of Jaq, Gus, and Bruno the dog in Cinderella(1950), the howling of the dogs at the pound in Lady and the Tramp (1955), the Wolf in The Sword in the Stone (1963), Shere Kahn’s roars in The Jungle Book (1967), and the hyena in Bedknobs and Broomsticks (1971). He also appeared in Fantasia (1940) as one of the musicians. Walt returned in the 1950‘s to voice Mickey again for the introductions to the original run of The Mickey Mouse Club TV series and the “Fourth Anniversary Show” episode of the Disneyland TV series (which aired on September 11, 1958. MacDonald also found time to play drums in the Firehouse Five Plus Two jazz band. He played with the band on and off from its inception until it disbanded in the early 1970s.

4. From the Mailing Room to “Filling in for the Boss”

Wayne Anthony Allwine was born February 7, 1947, in Glendale, California. Allwine was an American voice actor, sound effects editor and foley artist for The Walt Disney Company. MacDonald passed the microphone to this young artist who started working for Disney in the mailing room and then moved to the sound effects department under Jimmy MacDonald. He is best remembered as the voice of Mickey Mouse for 32 years, the longest to date. (MacDonald held the title for 30 years).

In 1983 we fondly remember the short film Mickey’s Christmas Carol which marked the debut of Wayne Allwine as Mickey Mouse. MacDonald told Allwine something special about voicing Mickey: “The main piece of advice that Jim gave me about Mickey helped me keep things in perspective. He said, ‘Just remember kid, you’re only filling in for the boss.’.” And that’s the way Allwine treated voicing Mickey all the years until his death in 2009.

One truly magical real life fact is Mickey and Minnie brought true love to Allwine who would eventually marry Russi Taylor, the voice of Minnie Mouse since 1986. We cannot leave out the very accomplished Russell “Russi” Taylor and voice of Mickey’s girlfriend. Born May 4, 1944, Taylor, an American voice actress, has kept her role as Minnie Mouse’s voice since 1986, longer than any other voice actress. Taylor has a strong bio of her own with her list of voices including Daisy Duck, Pebbles (The Flintstones), the original voice of Strawberry Shortcake, and several characters in The Simpsons, She is also the current voices of Drizella and Fairy Godmother in the Cinderella sequels,Cinderella II: Dreams Come True and Cinderella III: A Twist in Time.[1]

The fourth and current voice of Mickey following Allwine is Bret Iwan. Born in 1982 in Pasadena, California, Iwan is an American voice actor and illustrator, a graduate of Ringling College of Art and Design in Sarasota, Florida, and a former Hallmark greeting card artist. His work spans recordings of Mickey for the Disney Cruise Line, Mickey Toys, Theme Parks, Disney On Ice: Celebrations!, and on video games. We are listening, Bret!

Christopher “Chris” Diamantopoulos born May 9, 1975 is a Greek-Canadian actor and comedian. He is the voice of Mickey for the comedy television series produced by Disney Television Animation. It features classic Mickey cartoon characters in contemporary settings such as Paris, Venice, Tokyo and New York.

With the billion dollar growth and popularity of Mickey Mouse, we can understand why Walt passed the microphone to others! Over the years Mickey has become THE symbol of the Walt Disney Company and is recognized by most every kid and adult in the world. The voice actor who is cast as our beloved Mickey Mouse has a one-of-a-kind job, and with the vast popularity of all things Disney, Mickey must get out there and make his living! 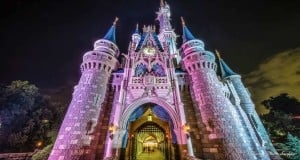 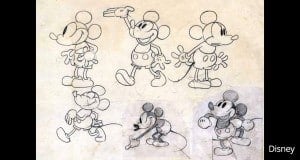