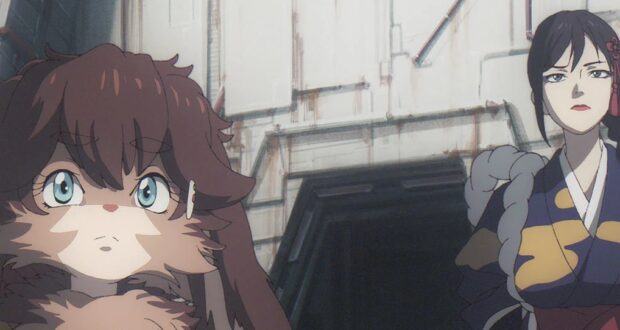 7 Brilliant Bunnies From the Disneyverse

The Disneyverse is filled with all sorts of animals, and there are several of each species that span the countless movies and TV shows. In fact, it’s the animal characters that tend to make up the better part of Disney’s population. But what is it about anthropomorphic animals that we love so much? Don’t worry, we’re not here to psycho-analyze the House of Mouse’s obsession with creating sentient mammals, fish, and bugs – we’re actually going to look at the most brilliant Disney bunnies ever! So let’s hop to it!

7. The White Rabbit – Alice in Wonderland

The White Rabbit is one of the most iconic long-eared mammals in the Disneyverse. He first found life in Lewis Carroll’s 1865 book Alice’s Adventures in Wonderland, upon which the 1951 animated Disney classic is based. We first meet this Aide to the King and Queen of Hearts when Alice follows him down the rabbit hole and into Wonderland, where she later becomes trapped in his house when she grows incredibly large.

The character is now so ingrained in pop culture that he’s even referenced in the song of the same name, “White Rabbit” by Jefferson Airplane, and throughout movies like The Matrix. While it’s undoubtedly his associations with the iconic story that have rendered him so popular, we also think it’s partly to do with his look – a red waistcoat adorning his plump frame, glasses resting on the edge of his twitching nose, and that great big pocket watch!

His name might be the most unimaginative on this list, but Rabbit is in no way ill-conceived, and the same goes for Winnie the Pooh in general. We’d be here forever counting all of his appearances over the decades, but outside the books that are the ingenious works of A. A. Milne, Rabbit has shown up in many animated movies, TV shows, and short films since 1977’s The Many Adventures of Winnie the Pooh. He was also in the live-action 2018 Christopher Robin.

The Hundred Acre Wood resident is among Winnie’s many friends; however, unlike Pooh, Piglet, Roo, Kanga, Tigger, and Eeyore, Rabbit is actually a real animal, just like Owl, and not a stuffed toy. With that said, he does walk on his hind legs like a human, and also happens to live in a house in the forest. He is a highly organized individual too, and being quite bossy he often likes to take control – not that it ever works out the way he plans!

Created way, way back in the golden year of 1927, Oswald the Lucky Rabbit appeared in many short features over the decade that followed. While he’s hardly anywhere to be seen these days, he has recently appeared in video games such as the Epic Mickey series and Disney Infinity 2.0, and has even shown up for Character Greetings in some of the Disney Parks. Oswald has been described as “peppy, alert, saucy and venturesome”, and relies on slapstick humor.

At first glance, you might think that Oswald the Lucky Rabbit is an early design for Mickey Mouse, but he is indeed a rabbit – he’s just a very peculiar-looking one, which we think makes him a unique addition to this list. However, he did actually pave the way for the design of Mickey, who would ultimately become his replacement. It’s this little-known fact that makes us feel a little sorry for Oswald, which is why we think he deserves some attention for once!

We’ve finally arrived at a rabbit who isn’t anthropomorphic like all the rest on this list! But as this is Disney, he can of course speak just like a human being (you didn’t come here for realism, did you?). Thumper is the adorable Disney rabbit from 1942’s timeless classic Bambi and its 2006 sequel Bambi II. And in case you’ve forgotten, he is so named due to his habit of thumping his left foot repeatedly!

You might be surprised to learn that Thumper has appeared for Character Greetings in Disney Parks over the years, at Disney World’s Fantasyland and Disney’s Animal Kingdom Park. And seeing as we’re talking about bunny rabbits, there are also a few Easter eggs worth knowing – Thumper actually appears in Who Framed Roger Rabbit and The Lion King 3! Like many others on this list, Thumper remains one of the most beloved Disney bunnies.

If you think Bugs Bunny is far too energetic and enthusiastic at times, just wait until you’ve met Roger Rabbit! The star of the ground-breaking 1988 film that mixed live-action with animation has become one of the most iconic Disney bunnies of all time. The film stars Bob Hoskins and Christopher Lloyd and is directed by Robert Zemeckis, and revolves around an ‘alternate’ Hollywood where humans and ‘toons’ co-exist – well, at least to some extent!

Everything about Roger Rabbit is iconic, from his red tuft of hair to his dungarees. While he isn’t necessarily the main character in the movie – that title belongs to the late Bob Hoskins’ detective Eddie Valiant – he is the star of the show and has been ever since. He even has his own movie-themed Disney Parks attraction, Roger Rabbit Car Toon Spin, which is the only way you’ll see him at the parks these days (but he looks incredible).

If you’ve been reading our other articles, then you might have noticed that we’ve already talked quite a bit about the character Lop from Star Wars: Visions. Lop is a Lepi, which are sentient, anthropomorphic rabbit humanoids who live in the faraway galaxy alongside countless other alien species. So far, she has only ever appeared in the episode “Lop and Ocho”, but we have our paws crossed that she will re-emerge in future Star Wars material.

There are a couple of reasons why we think Lop has the potential to become as iconic as the likes of Ahsoka Tano from Star Wars: The Clone Wars. The first is the fact that she makes a huge impression in such a short episode – she stands up to both her sister and the Empire using a family heirloom in the form of a lightsaber. Secondly, her overall design is just awesome – bushy brown ears, single-lens visor, green lightsaber, gliding umbrella and hover droid!

Judy Hopps is the main protagonist of 2016’s CG-animated movie Zootopia (known also as Zootropolis in the UK). If you haven’t already guessed from her surname (and the fact that she’s on this list), Judy Hopps is yet another anthropomorphic rabbit, and one of the more stand-out Disney bunnies. But while she’s a very humanized rabbit, she still has hundreds of siblings and her parents even have their own carrot-farming business!

Determined to become a police detective, Judy leaves farm life behind and heads for the city of Zootropolis. There she meets Nick Wilde, a criminal fox with whom she ends up trying to solve a case that won’t just help her career in the force, but also save countless lives throughout the city. Judy is a very tender character who also has the ability to be tough when needed, and we think it’s these qualities that have helped turn her into a beloved Disney rabbit!

We love these Disney bunnies so much that it’s hard to pick a favorite. And while we would agree that Lop from Star Wars: Visions is hardly iconic, we definitely think she’s worth including, because we want to be able to tell you all “we told you so” when she’s among the fan-favorite Star Wars characters in years to come! For now, though, she’ll just have to form part of Disney’s ever-growing bunny population – after all, that’s what bunnies are good at!