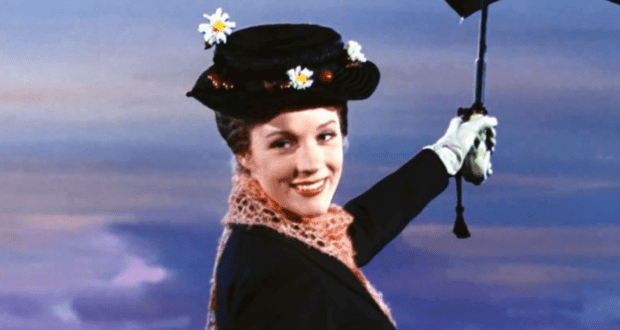 All the Single Ladies: Disney Heroines Who Don’t Need Romance

For one who is lacking a significant other, Valentine’s Day can be both a blatant and brutal reminder of one’s singular status. With all those cards, candies, flowers, and other reminders seemingly everywhere, it can really drive the loneliness home for some. But the good news is that Singles Awareness Day comes right after Valentine’s Day on February 15, and is a way to redeem those who may have felt left the day before. It’s also a way to honor strong, independent singles who do well with getting by on their own.

Traditionally, many Disney films feature a heroine finding true love and living happily ever after with a prince by her side. But in more recent years there’s been a growing trend in which several strong, independent females have emerged onto the scene, with the element of romance either taking a backseat or being scrapped altogether. Their proof and testament to not needing a relationship to complete them can be both encouraging and comforting to singles everywhere. So next time you’re feeling lonely or left out you can draw inspiration from these highly regarded single ladies of Walt Disney Entertainment.

Related: The Disney Princesses & What Makes Them Extra Special

We can likely credit the title heroine’s singular status in the animated adaption of Alice in Wonderland from 1951 to her age. But when you consider the fact that Snow White is just 14 during the time of her story, we see clearly that age is not necessarily an indicator, as far as Disney is concerned. The live-action adaptation from 2010 did present the lead as being of a more marriageable age—and this is even worked into the plot, as we get to see her flee from pending nuptials she eventually decides against. It is that very telling decision to remain single and without a man that seals the deal on Alice serving as a strong and independent single lady.

Disney’s newest heroine is Mirabel, star of the 2021 computer-animated hit film Encanto. Not only does she get by without the need of a significant other, but she also doesn’t let the fact that she is the only member of a magical family not gifted with a unique ability discourage her. In fact, her unfortunate deficiency in magic appears to have, in some ways, fortified her as a well-grounded girl. So, it goes without saying that someone who has done so well to adapt to going without all her life would be a strong, independent, and courageously commendable character.

Related: Fans Have Found a Hidden Clue in ‘Encanto’

While this title character of Disney’s computer-animated hit from 2016 doesn’t possess any special abilities on her own, she exudes a uniqueness about her all the same. The ocean did, after all, pick her specifically to save the people of her island. For being the adolescent, unspoken-for daughter of a village chief, Moana is an independently courageous and somewhat willful presence, to say the least. She is not afraid to do what is right even when it means disobeying irrational dictates for the greater good.

Here is another new Disney protagonist, who came on the scene in Disney’s computer-animated Raya and the Last Dragon back in 2021. Presented as an 18-year-old headstrong young woman, she tends to be more of a warrior-minded fighter and martial arts expert rather than a lover. Although, we can’t deny that she does exude loving devotion and sincere care for those who are dear to her, particularly her father and close friends.  All the same, her tough, enduring exterior is a testament to the internal strength she personifies.

This tough bunny female protagonist of Disney’s 2016 computer-animated hit Zootopia more than exemplifies the idea of being a strong, independent female, as she is forever overcoming all the little inconveniences life throws her way. The fact that she is a single, unattached character is just one part to her multidimensional onscreen presence. When you consider all her other triumphs, including the fact that she defies all odds and goes on to become a bunny police officer, it speaks volumes about her courageousness and can-do endurance of spirit.

This leading heroine of Disney-Pixar’s Brave from 2012 really proved to be a game-changer on so many different levels. Not only was she the very first official Disney Princess to also share in a Pixar distinction, but she also set a precedent in being one of the first ones to not end up finding love onscreen (or in a follow-up sequel). Sure, she is presented with potential suitors (none of which strike her fancy), but through it all Merida maintains her comfortable independence while truly demonstrating the fact that she knows her mind and what she wants. While it’s true that she longs to be accepted by her mother for who she is, she remains true to herself in her refusal to forfeit that part of her that makes her so unique.

Related: Want to Become a Scottish Lord or Lady Like Merida from ‘Brave’? This Unique Company Has the Easy Way

Merida may have initially set the stage for single Disney Princesses but this ice queen from Frozen does well in carrying out the trend for independent female protagonists to embrace the single life. While it can be argued that Elsa’s isolation is an adverse reaction to having been a loner most of her life, by the second film we see her come to an acceptance in who she truly is as she begins to view her independence not as a vulnerability but as an admirable demonstration of strength and comfort.

That’s right! This legendary Disney heroine, who is practically perfect in every way, is in fact a single lady! It’s both a refreshing and motivating realization for the countless scores of singles lamenting the fact that they’ve yet to find fulfillment in a fairytale romance. If the single life suits a stellar icon like Mary Poppins then that’s an encouraging sign.

While some may still long for an eventual Prince Charming to come along and deliver up a redeeming fairytale romance, it’s great to see so many wonderful female role models who have gone the single route in Disney Entertainment. Such examples remind us, time and again, that we can all find fulfillment and strength in being exactly who we are.