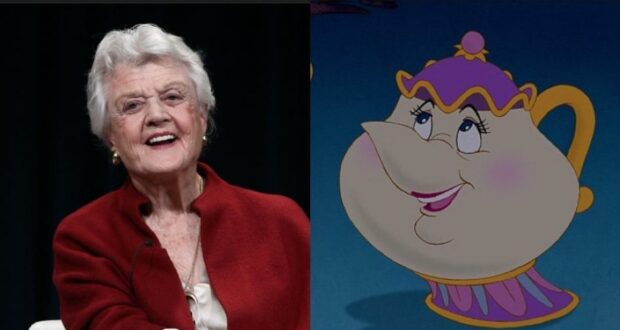 Another Disney and Musical Icon has passed away into eternal rest.

Dame Angela Lansbury, beloved actress and the woman who gave the world Mrs. Potts in Disney’s Beauty and the Beast, died today, October 11, at the age of 96–five days shy of her 97th birthday.

Her family released a statement on Tuesday confirming she died peacefully in her sleep early Tuesday just five days shy of her 97th birthday. pic.twitter.com/1Rr2p3HqVS

“The children of Dame Angela Lansbury are sad to announce that their mother died peacefully in her sleep at home in Los Angeles at 1:30 AM today, Tuesday, October 11, 2022, just five days shy of her 97th birthday,” her family said in a statement.

Beyond the kind and motherly Teapot, Dame Lansbury was also famous for her role as ghoulish pie-maker Nellie Lovett in Sondheim’s “Sweeney Todd: The Demon Barber of Fleet Street.” She would win a TONY for her role as well as for “Mame” in 1966, “Dear World” in 1969, and “Gypsy” in 1975.

The London-born actress was made a Dame Commander of the Order of the British Empire by the Late Queen Elizabeth II in 2014.

But everyone here at Disney Fanatic will remember her as Mrs. Potts. Mother to the mischievous teacup, Chip, as well as arguably the Beast’s/Prince Adam’s entire enchanted castle. It was Dame Lansbury who lent her voice to one of the greatest and most-beloved Disney songs of all time: the film’s title track, “Beauty and the Beast,” written by Alan Menken and the Late Howard Ashman.

But to the more seasoned Disney Fanatics, of course, Dame Lansbury was also Miss Price from Walt Disney’s live-action fantasy Bednobs and Broomsticks, the film’s lovable protagonist. A witch in training and an inexperienced broomstick flyer, Miss Price is headstrong, brave, and determined to prove herself of use to the British War Effort, but she is also kind and develops a motherly nature as she embarks on adventures with Charlie, Carrie, and Paul Rawlins–three kids from London whom she reluctantly takes in at first.

Multiple generations of Disney Fans undoubtedly were lulled to sleep by her timeless lullaby, “The Age of Not Believing,” from The Sherman Brothers.

Her last on-screen appearance for Disney came in 2018 when she appeared as the Balloon Lady in Mary Poppins Returns. As the curtain finally falls on this amazingly influential woman’s career, all of us here at Disney Fanatic wish to express our deepest gratitude to her for filling our lives with beautiful music and send our deepest condolences to her surviving family.

The enchanted castle is a little less warm tonight, but we will share a cup of tea as a toast to her legacy.