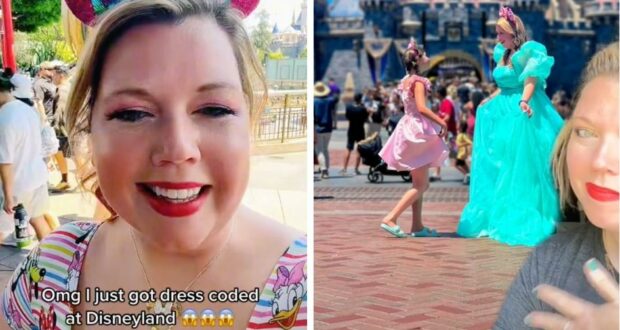 A Social Media influencer got dress-coded at Disneyland due to an apparent security concern, and she wonders if she was targeted.

TikToker Ashley Aiello (@gardenofarden) shared the news that she was called out by a Disneyland Cast Member and security guard while taking pictures for her small business in front of Sleeping Beauty Castle, and they told her that she needed to change right away, calling her dress a security concern.

Despite having gone to both Disneyland and Disney World multiple times a year to take pictures with her products, this was her first time getting flagged for wearing an inappropriate or prohibited outfit which has become known as getting “dress-coded,” and she speculated whether or not Disneyland was stricter to such things than Disney World. However, speculation in her comments ran towards the poofy sea green dress she decided to wear that day, saying that she might have looked too much like an actual character, specifically Princess Ariel’s on-land dress. They also pointed out that this dress was far longer and more opaque than others she has worn in the past, and Disneyland security could be concerned that she could possibly be hiding something in the bell of her dress. 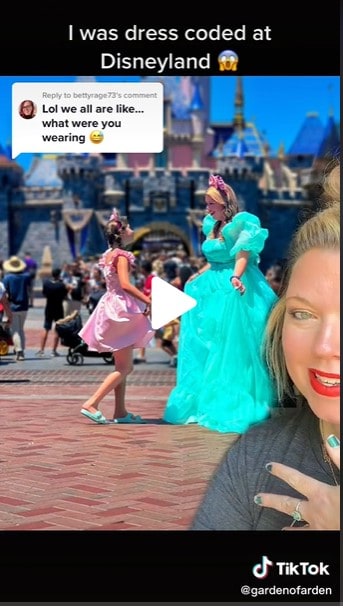 Proper attire, including shoes and shirts, must be worn at all times. Clothing that drags on the ground is prohibited in theme parks and water parks. Clothing with multiple layers is subject to search. We reserve the right to deny admission to or remove any person wearing attire that we consider inappropriate or attire that could detract from the experience of other Guests.

Recently, getting “dress-coded” at a Disney Park became a trend on social media as word got out that Cast Members would give Guests a free tee-shirt in case they did not have anything else with them. However, due to this trend, Disney Parks had to put a stop to its generosity. 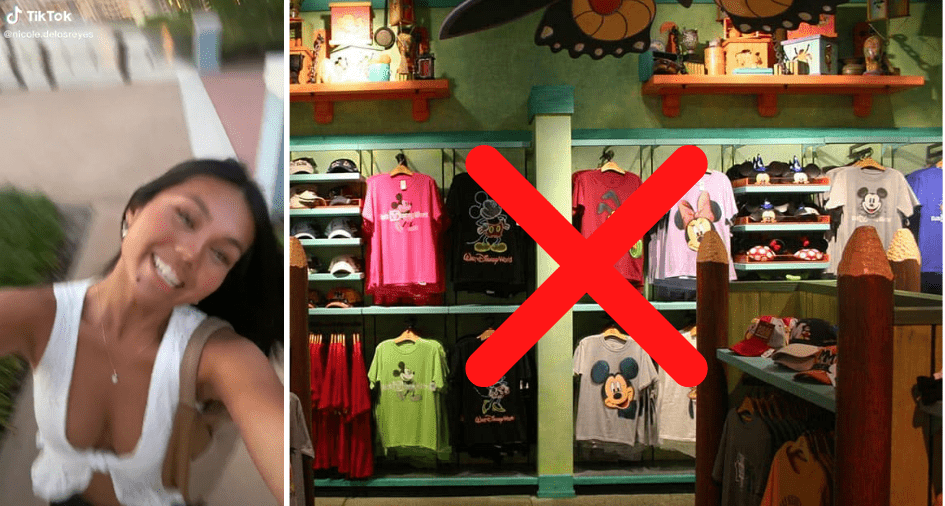