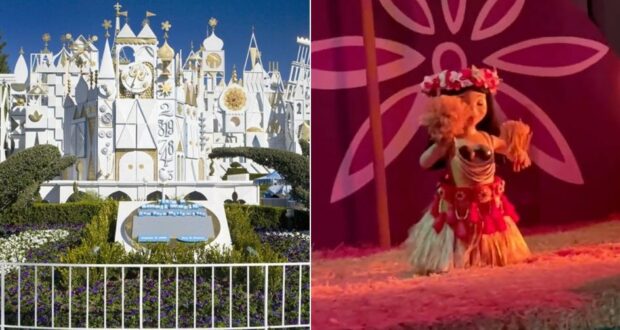 As a Disney Park attraction inches closer and closer to temporary closure for refurbishment, its “embarrassing” state is becoming increasingly apparent.

The Walt Disney World Resort and Disneyland Resort are the ultimate Disney vacation spots. People frequent them from all over the world because they provide that magical Disney experience Guests know and love. It’s no secret that whether your destination of choice is Magic Kingdom Park, EPCOT, Disney’s Hollywood Studios, Disney’s Animal Kingdom, or, across the country, Disneyland Park and Disney California Adventure have some of the many a ride and attraction that keep Disney fans coming back for more.

But recently, the Disney Parks have been receiving some flack, whether for the recent price increases or for the current state of many of the attractions, including Splash Mountain, which reportedly some Guests have felt has been “nearly abandoned.”

What’s been sad for many Guests is that a classic Disneyland attraction is also showing many signs of wear and tear, and is simply not in good condition, weeks before it temporarily closes its doors for refurbishment: “it’s a small world.” Disney Guest and Twitter user Eric Chu, @ericthomaschu, recently shared a video to Twitter of the current state of some animatronics in the Polynesian scene of the attraction:

She’s lonely. But still holding her own. #Disneyland pic.twitter.com/Kgbi6NcvqP

The video shows a single hula dancer carrying the set all on her own while the others have been removed. Notable is that various issues reported with the animatronics at this ride over the last few months, whether here in Anaheim, Southern California or over at the “it’s a small world” in Central Florida at the Walt Disney World Resort.

Many fans also shared their disappointment at the state of the ride and expressed hope that the other dancers would be back sooner rather than later. One @DrewGuild mentioned it was “[their] favorite on the whole thing too.”

The Disney Parks are known to be places of magic and fantasy. People of all ages from all over the world go there to fulfill their dreams of having that quintessential Disney experience. Let’s hope that Disney begins to address these issues and gives some of these fan favorites the TLC they need.