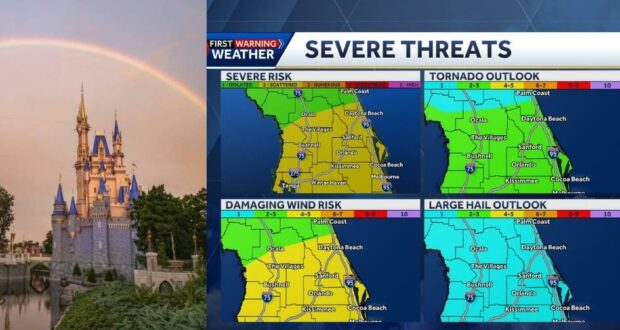 Brace for Severe Storms at Disney World Tonight and Tomorrow

Stormy weather is once again on the horizon at the Walt Disney World as winter’s last cold fronts push their way south right in the middle of Spring Break.

According to WESH2, a severe weather threat at  Disney Parks and the general area begins tonight, March 15, and will continue into tomorrow, Wednesday, March 16. Severe storms are expected for most of Wednesday.

Today is a 'First Warning Weather Day' because the threat for strong to severe storms is there late tonight into tomorrow morning;

Your First Warning Weather Team will be here tracking it for you every step of the way… pic.twitter.com/Wlk1tYlwbN

Another WESH reporter backed this up, saying that the worst of the storms are expected to pass overnight rather than during your Disney Day.

“We have the potential for strong to severe thunderstorms tonight into the overnight hours. The worst of the storms will be between 8pm to 4am tomorrow morning.”

Most of Central Florida has been updated to a level 2 out of 5 risk for severe weather. We have the potential for strong to severe thunderstorms tonight into the overnight hours. The worst of the storms will be between 8pm to 4am tomorrow. morning. #wesh #weather #storms #tonight pic.twitter.com/km04SwKv58

Related: Here’s Where You’re Most Likely to See a Lightning Strike at Disney World

These storms are bringing rain, wind, and some lightning. On the morning of Saturday, March 12, we reported on a massive storm that hit Disney World. It brought with it a Tornado Watch, and apparently, lightning struck Splash Mountain at Magic Kingdom.

High winds, tornado concerns, and even some hail is expected as this weather band moves across the Sunshine State.

Here's how all the other threats play in… pic.twitter.com/7zzMHJHaon

While, again, the worst stuff is not expected until the overnight hours, WESH’s live radar is already showing showers making their way across the state and could descend on the Most Magical Place On Earth.

Showers out west are already moving in- at times it’s going to be a damp day friends! pic.twitter.com/PwPiMbtoxx

The Walt Disney World Resort has measures in place to keep its Guests safe during all kinds of weather. However, we at Disney Fanatic would recommend Guests visiting Disney World, or Universal Studios, pack ponchos and have a plan to stay out of the rain–be it coordinating dinner plans during that time or choosing a long standby line over, say, taking to World Showcase for the Flower and Garden Festival. Guests should also prepare for outdoor attractions like Seven Dwarfs Mine Train to temporarily shut down due to lightning proximity as well as some flooding of the thoroughfares. 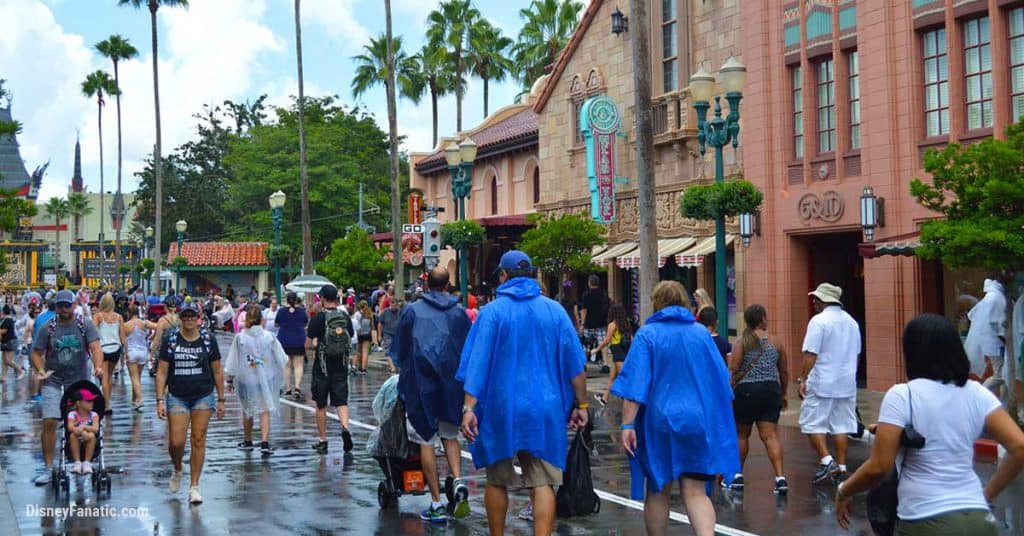 We will keep our eyes on the weather forecast and will update our readers as more information comes to light.

Disney World Weather 2022-03-15
T.K. Bosacki
Previous: The Best Disney Princess Red Carpet Looks
Next: Why It’s Worth It To Take Your Baby to Walt Disney World