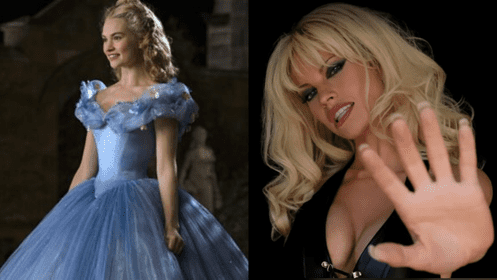 Most Disney fans know English actress Lily James for her roles as the Disney princess Cinderella in the 2015 live-action adaptation of the Disney animated film, or perhaps for her role as Lady Rose on the popular period drama Downton Abbey (2012-2015), or for her role as young Donna (with the original Donna being played by Meryl Streep) in Mamma Mia: Here We Go Again (2018).

In all of her projects, whether they’ve involved being on stage or onscreen, Lily has shown her range as an actress (not to mention her genteel English rose mannerisms in the first two projects, and her beautiful singing voice in Cinderella and Mamma Mia: Here We Go Again) — but now, Lily is taking her transformations as an actress to a whole new level!

Lily (whose real name is Lily Chloe Ninette Thomson) is playing the Baywatch actress Pamela Anderson in the new Hulu miniseries Pam & Tommy, and while fans of Lily were already shocked by teaser images from the show, the actress’s transformation has only gotten more dramatic as the show’s Hulu series premiere approaches and more details are revealed.

The show is about a famous scandal that involved Pamela Anderson and her husband Tommy Lee (played by Marvel actor Sebastian Stan, who plays Bucky Barnes in the Marvel Cinematic Universe) after Pamela’s electrician stole a private video belonging to the couple and shared it with the world. 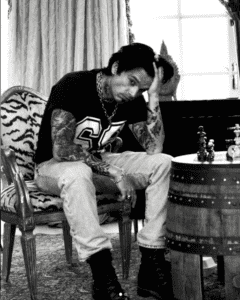 Sebastian Stan, who is known for playing Bucky the Winter Soldier in the Marvel movies or the Disney+ series, as Tommy Lee in Pam & Tommy. Credit: @16tons

In a new interview with Porter Magazine, Cinderella star Lily revealed that the makeup and body transformation to play Pamela started at 3:30 am and usually lasted for four hours. Lily wore a “prosthetic bodysuit”, a fake “chest plate”, a fake tan (that was redone every day), a wig, and heavy makeup.

The Cinderella actress also had to inhabit the iconic actress and model’s signature mannerisms, voice, and overall Pamela Anderson personality. “I’ve never worked so hard,” James stated. “I read the books [Anderson] has written, I read her poetry, I can parrot along to all her interviews. And then, of course, there was the physical transformation. Slowly, our incredible team found a balance where I resembled Pamela but also felt like I could act through it.” 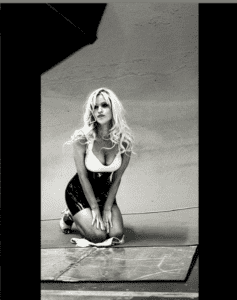 Since Lily has usually played characters who look like her, the change was a drastic one as an actor, but she reveled in it. “I’ve never done anything where I look very different from myself before. And I’d really like to continue in this vein, because I felt there was something very freeing and liberating in it,” Lily said.

Did she like removing all of the fake body parts, fake hair, and makeup at the end of the day to turn into her Disney princess English rose self? No! “It was like being stripped of all these superpowers! I’d really enjoyed the physicality and the sensuality, even down to the long fingernails,” Lily reminisced. “There was just so much character to hold on to – it was really thrilling.” 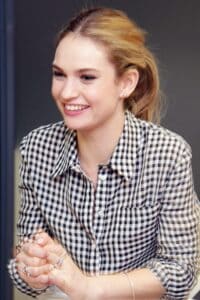 Pamela Anderson herself is not part of this miniseries, although those behind the show did try to get the actress involved. Lily herself also personally asked Pamela to be involved, to no avail. “I was really hopeful that she would be involved. I wish it had been different,” James told Porter magazine. “My sole intention was to take care of the story and to play Pamela authentically…and I was very hopeful that we would be in touch right up until we started filming.”

Are you going to watch Pam & Tommy on Hulu when the Hulu series has its premiere in February? Do you remember the real Pamela Anderson and Tommy Lee scandal when it happened?