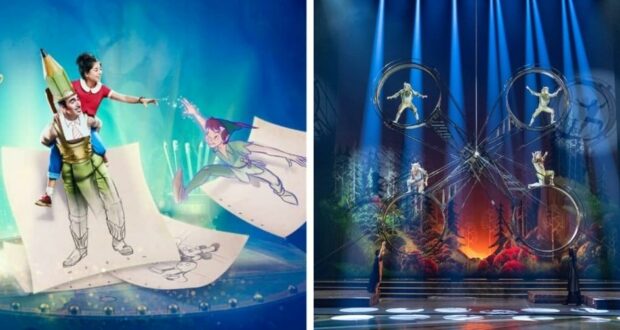 Cirque du Soleil Review: I Need to See It Again

On February 18, I attended the 8:00 pm showing of Disney Springs’ Cirque du Soleil act, Drawn to Life, and I need to see it again.

For the first time in my lifelong Disneygoing experience, I saw a performer fall and not get up.

It honestly looked like it could have been a part of the show. From his first faulty move to when the theater lights came back on, I thought it was choreographed. At least, I could tell he caught his fall, and it could have been a LOT worse. But perhaps that was my denial.

The trapeze artist lay motionless on the floor as his act mates signaled the crew to stop the show. Paramedic units with stretcher boards strapped to their backs rushed him from stage right and left. They rolled him onto his back, and I saw him move his hands slightly as a small curtain blocked off the scene.

An announcer informed us that the show would resume after they tended to him, so I used the opportunity to use the restroom. I didn’t take any pictures of the scene. It felt wrong, and I feel weird sharing it with you all now, but I think it has to be said.

The Walt Disney World Resort prides itself on awing its Guests with spectacular live shows from fireworks and cavalcades to stage shows like “Festival of the Lion King” and “Drawn to Life.” The magic easily distracts us from the harsh reality that these performers can get hurt. Ironically, the Crique performer fell during the show’s villain number that featured what appeared to be her minions performing aerial acrobatics with a windmill-like contraption. The scene was choreographed to pair with Disney’s award-winning classic short, “The Old Mill.” 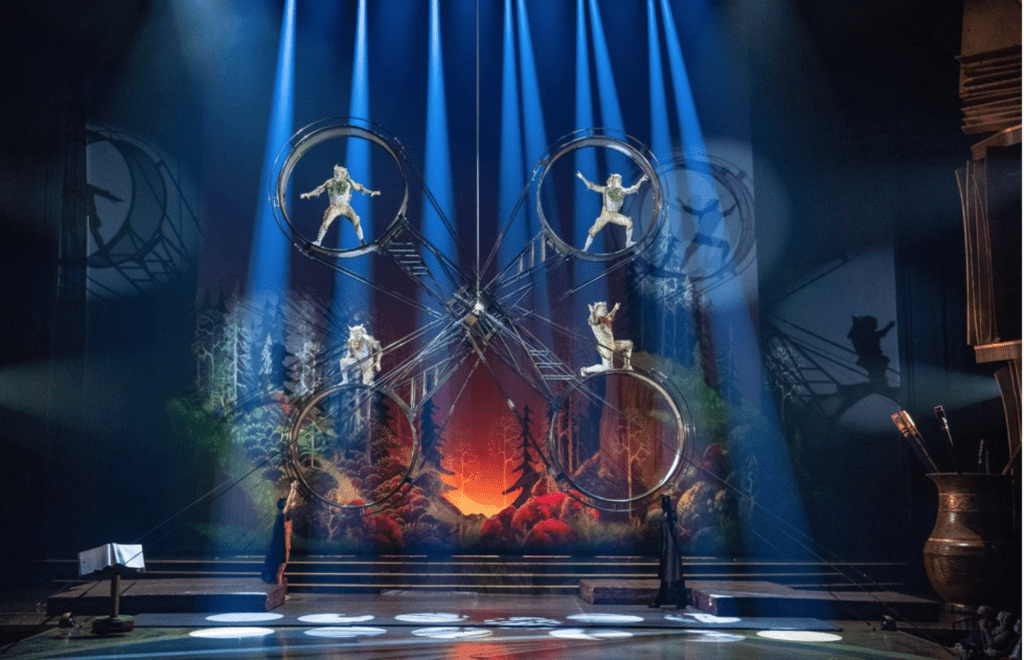 The beginning of that night’s performance took off splendidly. We see little Julie discover her talent for animation as she works to finish one final animation sketch left to her by her late father, a Disney animator. With a magical pencil as her guide, Julie embarks on an incredible journey of self-discovery into a magical world of animation that reminded this reporter of Tchaikovsky’s The Nutcracker. 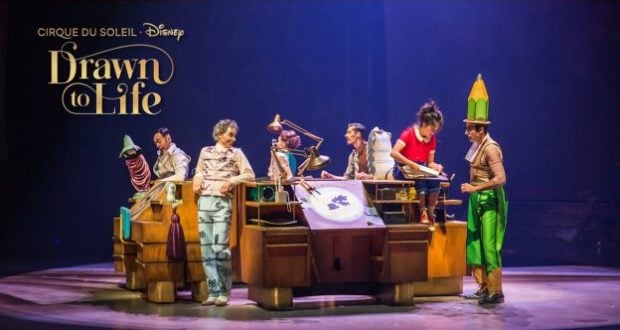 I cannot understate how perfectly Cirque du Soleil could blend Disney animation with live performers. Julie makes some friends–comedic, non-acrobatic performers that I am hesitant just to call “clowns”–that are dressed as Walt Disney Animators and members of the Ink and Paint team that harken back to Disney’s “Golden Age” that seemed–to this reporter–to have been pulled right out of Disney’s educational movie The Very Reluctant Dragon. Flip-book sketches of characters come to life on moving pieces of paper, characters like Julie transition from the stage into the written page seamlessly. The music is also a chilling blend of original music and iconic Disney anthems. 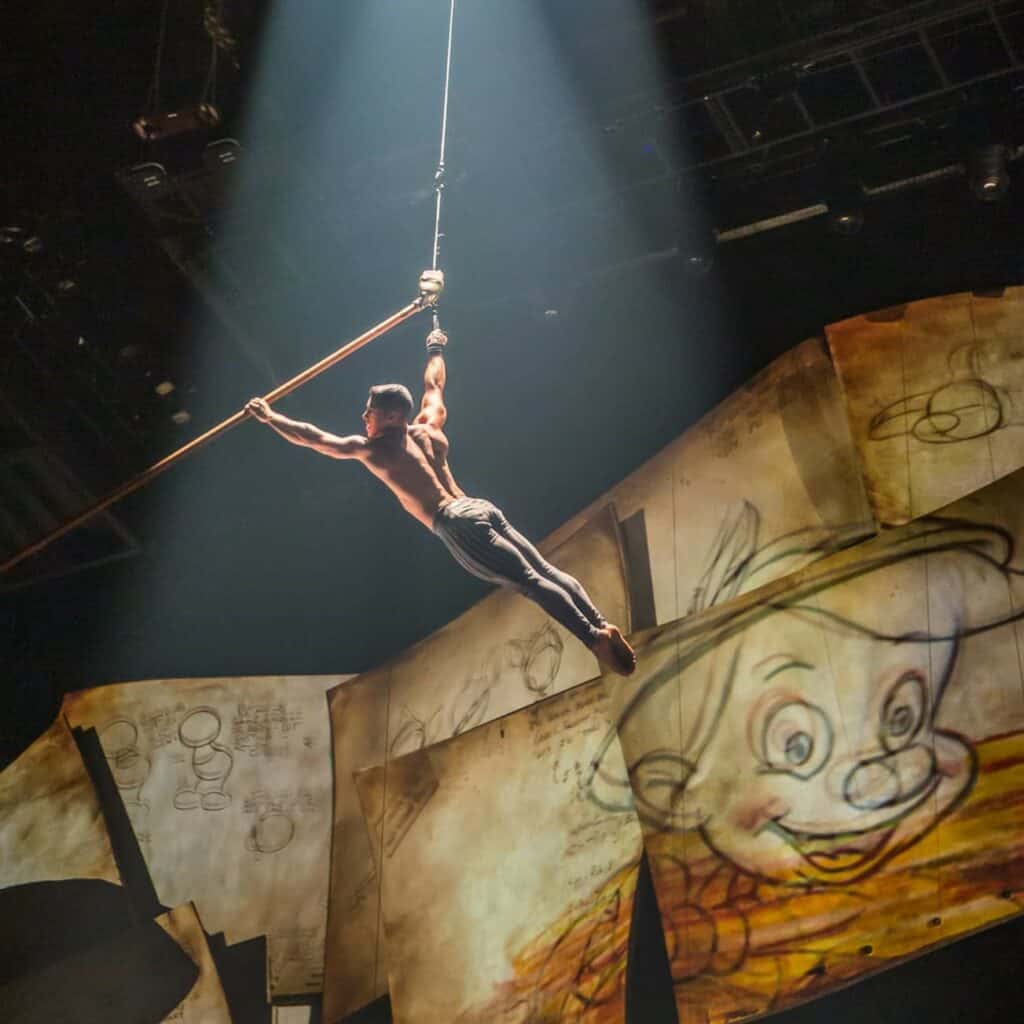 But every heart-warming Disney story needs a good villain, and, boy, does this show have one. If our hero is an aspiring artist and her guide to a magic pencil, then, of course, the villain has to be a crumpled-up piece of paper. Often found in the company of minions carrying wastebaskets, this villain is the ultimate symbol of doubt. After all, she is an idea that wasn’t thought good enough and cast aside. Why should any other idea have a happy ending? And throughout the show, she continues to try and take control, sabotaging Julie’s progress.

It is the villain that gives us a look at the sinister side of Disney Animation as she learns how to become a proper villain, including solidifying her own Villain laugh–very important. But once she is satisfied with her maniacal laugh, we transition to The Old Mill scene where the fall occurred. 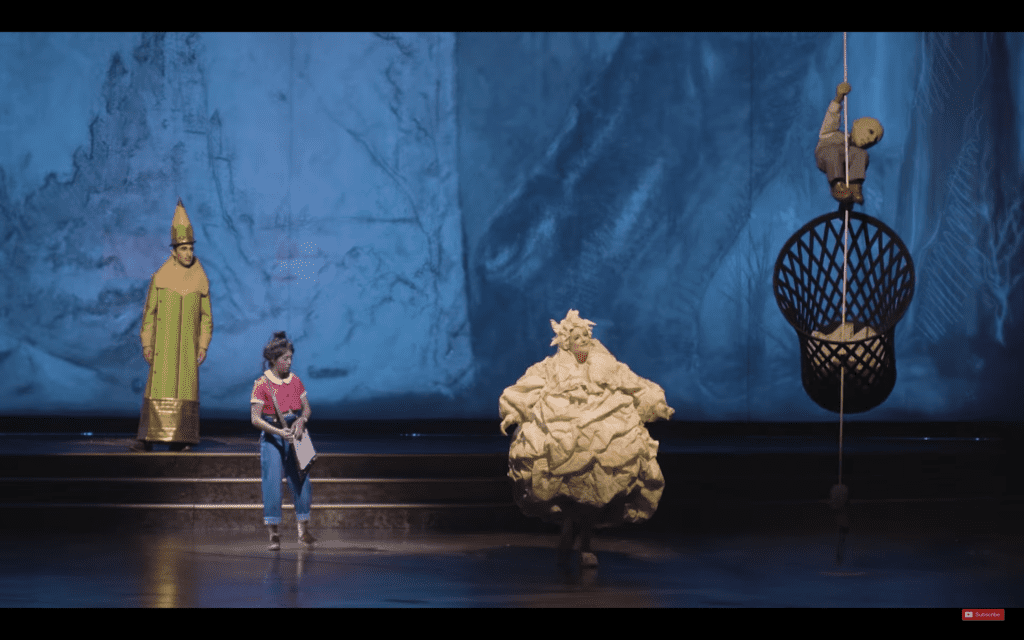 I know “The Show Must Go On,” but all focus was drawn on the well-being of the Cast Member. The show did not continue for at least 15 minutes, and he was carried off stage on a stretcher as the entire audience cheered him on. We obviously never saw the end of that tragic scene. Lights back Down, the show moved on.

Immediately, Julie, the Pencil, and our goofy animators came on stage for some comedic sketches. I honestly don’t know if the bit was part of the actual show or if Cirque attempted to jump-start its audience with a few laughs. It felt weird, forced. I remember wanting to say to them, “it’s okay. We can come back and do this again another time. Tend to your troupe mate.” But they insisted on continuing, and eventually, the audience warmed back up. 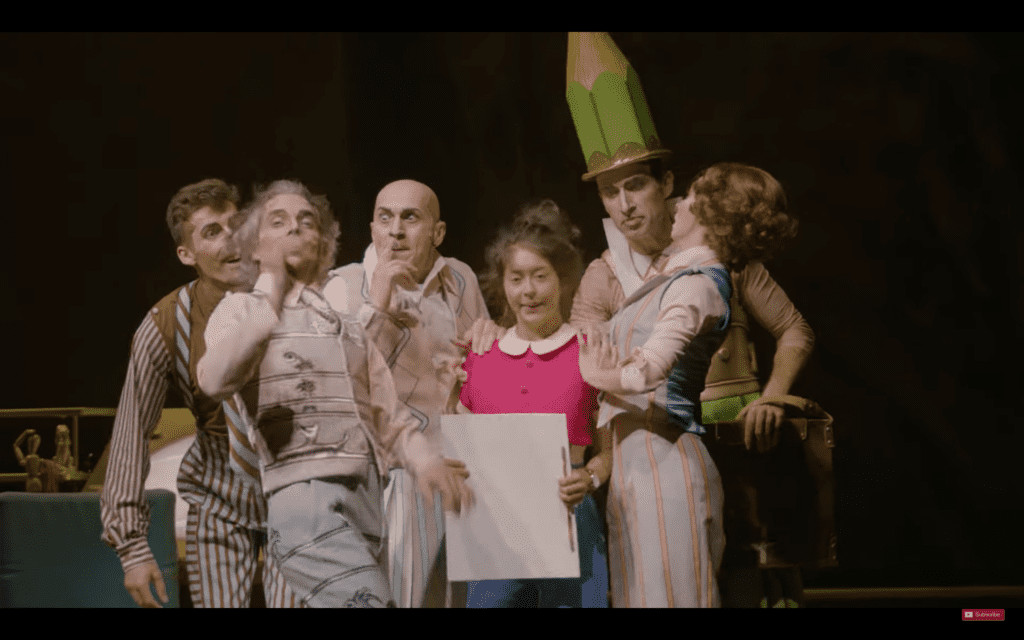 The unexpected intermission gave way to a second act that featured the moments in the show that were the most tear-jerking and heart-aching in the best way, especially for romantic creatives like myself. Desires of the heart dance to a medley of famous love ballads, courage finally conquers doubt, and what was left unfinished is finally made whole.

There is an all-girl aerial acrobatic celebration that likens Julie to all of the other Disney Heroines from Snow White to Raya before she returns home from her magical world of animation to show her father’s last work finally completed.

Still, there was now a heightened sense of anxiety after the restart. The fall understandably made each jump appear all the more dangerous. No other accidents befell the show, and I can only commend this troupe for being able to tend to their injured friend so quickly and carry on with the show. Their courage, tenacity, and artistry, combined with the crew’s overall quality of setting, lighting, and safety puts this show at the very highest of Disney standards.

As for some technical points, I sat in my favorite spot: 205, row M. I recommend the bottom half of the second section for any Guests looking to see the show because it provides the best vantage point to see everything. My seats were at a bit of an angle, but I could still see the entire show. Tickets are rather expensive–almost the price of a one-day Park ticket–but it is a high-quality Cirque du Soleil show that is definitely worth the money. And as for those Guests who are avoiding this show due to a fear of clowns–I was one of those Guests for years–, they needn’t worry. While there are clown and circus aspects, this show is more of a ballet. Plus, there is plenty of seating that keeps you far enough away from the performers.

Related: Behind the Scenes Look at Cirque du Soleil’s ‘Drawn to Life’ in Disney Springs

I was intending to wrap this up with a declaration of whether or not Drawn to Life was better than its predecessor La Nouba. Unfortunately, I cannot make a proper decision due to the unfortunate events of my night. I was unable to see the entire show, and I was left watching the second half distracted by overwhelming concern. I can say, though, that, unlike La Nouba, Drawn to Life is very much a Disney show. 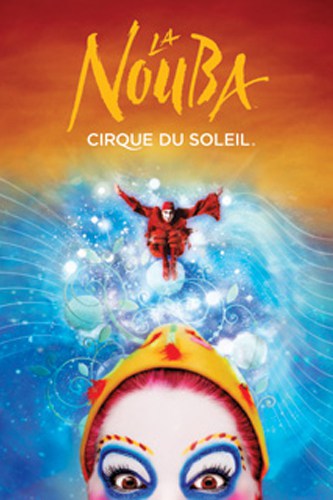 BUT Drawn to Life is nothing short of magical. The way they combine interactive Disney animation makes this show nothing short of a technological marvel as much as it is a choreographic spectacular. The storyline is incredibly inspiring and heartwarming. I recommend all families–especially those with artists and writers at all stages–add Drawn to Life to your next Walt Disney World Vacation.

I will be returning to the Cirque du Soleil Theater at Disney Springs, soon, ready to be spirited away once again into the beautiful world of Disney animation.

Disclaimer: This review includes the opinions of this reporter and may not feature the sentiments of Disney Fanatic as a whole.