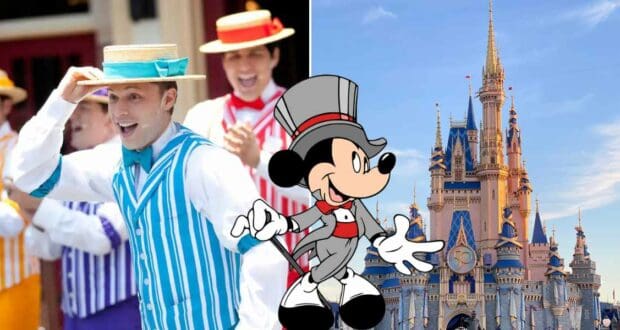 Beyond the myriad rides and attractions at Walt Disney World, think “Haunted Mansion,” “Space Mountain,” “Cinderella Castle,” and more at Magic Kingdom, “Spaceship Earth” at EPCOT, “Tower of Terror” at Disney’s Hollywood Studios and more, there are also multiple offerings of entertainment in and around the Parks in the form of character interactions, meet ‘n’ greets, delicious food choices, and of course, the beloved Dapper Dans.

One Disney Guest and TikToker @disneymommagic shared an interview with a Dapper Dan where he revealed a little known fact about this entertainment offering at Walt Disney World:

@disneymommagic added the caption, “Dapper Dan history was made yesterday! Did you know the significance of a red striped Dapper Dan? ALSO, they are now performing street level again (photos)!” In the video, we can see Aaron, one of the two Dapper Dans in red stripes at Walt Disney World Resort at the time, explaining how he came to wear this bright-colored outfit. 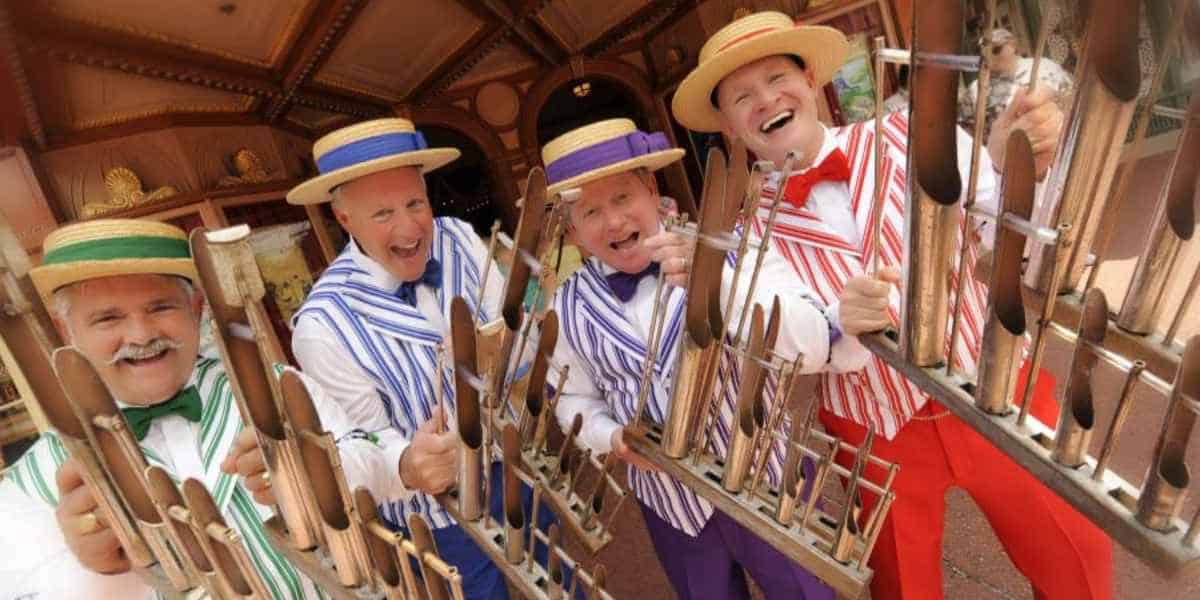 After opening with a dad joke in quintessential Dapper Dan fashion, Aaron goes on to explain,

“Yellow or gold for tenors, purple for leads, light blue for bases, uh, the green, um, for baritones.”

The performer also added that he had been with the group since 1996, so he knows all four parts of the Dapper Dans’ performances, adding that, until the day the video was recorded, it had never happened that two people needed to be in red.

We love discovering these little-known facts about Walt Disney World and its entertainment offerings!