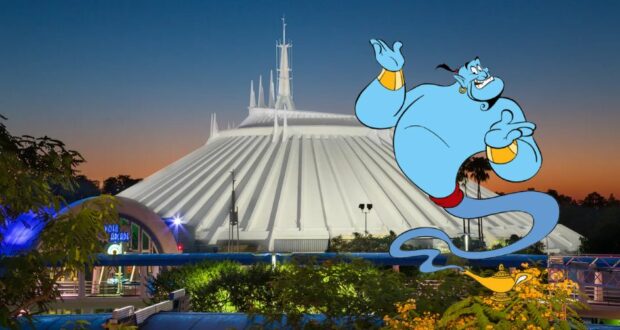 We previously shared the news that beginning August 7, 2022, several current Disney Genie+ attractions would become part of the Individual Lightning Lane selections. Now, it seems like Disney has changed its mind!

Previously, Walt Disney World’s website noted several popular Disney Genie+ attractions would be dropped from the list of rides available to Guests purchasing the $15 per person, per day Disney Genie+ service beginning August 7. The service allows Guests to skip the standby line for two or three attractions at a Disney Park.

The fear was that with the most popular attractions all being dropped from Disney Genie+, the already questionable value of the service would dwindle even further.

We’re thrilled to hear that instead of all the popular attractions switching to a la carte, individual Lightning Lane purchases, the following attractions will remain part of Disney Genie+ including:

@AshleyLCarter1 reported, “JUST IN: Disney has made an update to Disney Genie+. Space Mountain, Frozen Ever After, Remy’s Ratatouille Adventure, Mickey & Minnie’s Runaway Railway, and Expedition Everest will remain part of Genie+ Lightning Lane beyond August 7.”

With Disney changing its mind, this means the only individual Lightning Lane attractions currently available will continue to be: