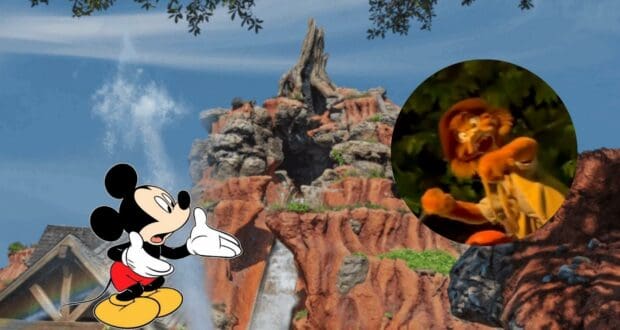 It’s another sad day for Splash Mountain fans as one Disney Guest pointed out yet another maintenance issue with the ride.

Going to a Disney Park is an experience to be treasured. The Walt Disney World Resort and its Parks: Magic Kingdom, EPCOT, Disney’s Hollywood Studios, and Disney’s Animal Kingdom, are some of the best places for a Disney vacation. The Disney Resort leads the way in immersive Theme Park experiences and allows Guests to live their happiest and most magical experiences.

Of all the beloved attractions at this magical Theme Park, Splash Mountain has to be one of the most loved of all time. The ride is currently at both Walt Disney World Resort and Disneyland Resort, as well as Tokyo Disneyland. As many fans know, a new ride will soon take over.

Perhaps because of this impending retheme, or otherwise, the ride has reportedly been facing myriad issues recently. Many fans have reported multiple problems in many of the Parks with this ride in particular.

I just checked back to make sure and yeah, Br’er Fox’s nose is missing lol
Me and CM laughed hard watching this video
I hope your nose will be found… lol https://t.co/LPgMBQtxud pic.twitter.com/d1Vu8HwKPy

As the OP points out, Br’er Fox’s nose is missing, and the Guest also let Cast Members know who dealt with the situation. But then, shortly after that, the same user reported another issue with the ride.

Br’er Fox’s nose is back!
We celebrated the return lol
But now it seems like his neck fur is not tucked in his shirt so it’s hanging out 🙁 https://t.co/mFa9jPWz7T pic.twitter.com/GHc6ld8Dgs

Expecting Splash Mountain to have a full refurbishment doesn’t make sense since it is expected to close sometime in the next few months, to make way for Tiana’s Bayou Adventure. It still hurts many Disney fans to see one of their favorite rides in this condition though.

Tiana’s Bayou Adventure is set to open sometime in 2024, and the retheme of fan-favorite Splash Mountain has been a highly debated and controversial one, to say the least.