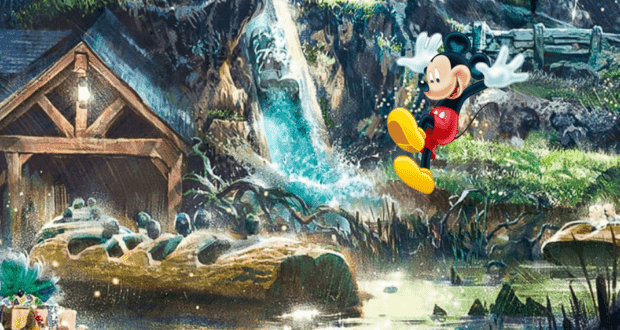 What We Know So Far About Tiana’s Bayou Adventure

As D23 gets underway this weekend we are all eager to learn a whole slew of new reveals. And if you’re a diehard fan of Disney Parks in particular, you’re probably champing at the bit, waiting to discover all the latest in regards to new rides and attractions set to come our way. Perhaps you’ve already heard about some Park news in passing but are now ready to be inundated with updated details as they emerge. One such attraction we’re all just buzzing to know more about in particular is the latest on the upcoming transformation from Splash Mountain into Tiana’s Bayou Adventure.

While the majority of Park reveals are expected to come our way on Day Three of D23, we’ll be having updates filtering through for the entire duration of the event. While we eagerly await even bigger reveals, here are some fun things we already know so far about Tiana’s Bayou Adventure. 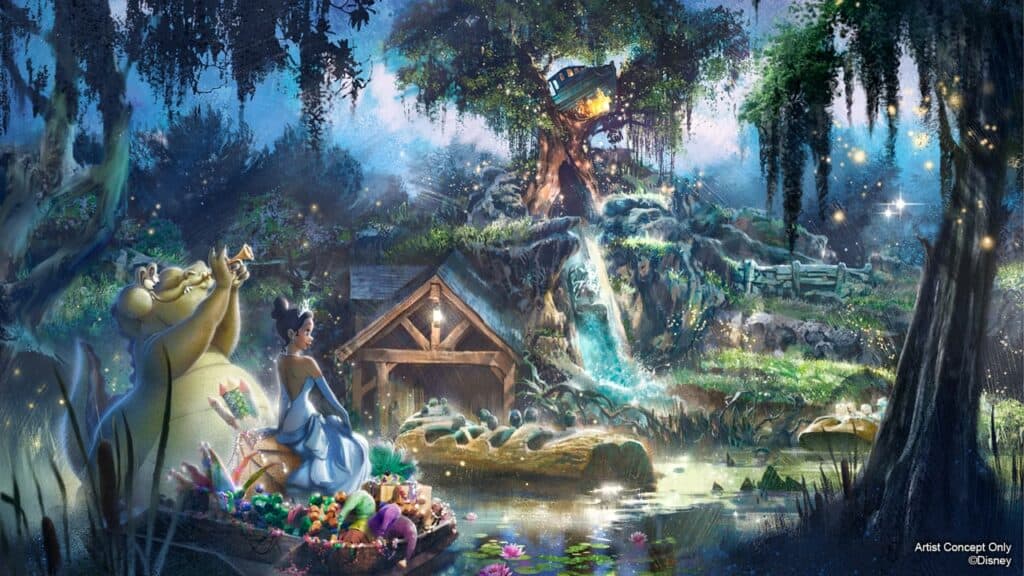 When Will We Be Riding?

While we can’t wait to jump aboard and take the plunge on this Bayou-based adventure, it looks like we will be waiting quite a bit before this becomes a reality. With all the massive construction, overhaul developments, and re-theming that needs to be implemented, Tiana’s Bayou Adventure isn’t set to open until late 2024.

We already know that the theme will be inspired by Disney’s 2009 animated film The Princess and the Frog, but now we know even more about just what that theme entails. According to Disney, the story will follow the film’s conclusion, with a continuation of the adventures on the bayou featuring Tiana, Prince Naveen, and that awesome alligator Louis as they prepare to host a Mardi Gras celebration like no other!

Related: Go Behind the Scenes of ‘Tiana’s Bayou Adventure’

While theming and construction has altered the original riding experience a bit, we still get a wildly wet water ride experience that will come with engaging scenes and an iconic splash drop! So, what are some of the changes? Most re-constructs have been made primarily to the exterior of the ride.

While both the Disneyland, California as well as Walt Disney World Resort, Florida installments of the former Splash Mountain attraction are being reimagined into Tiana’s Bayou Adventure, it has already been confirmed that each will be its own individual identity. This keeps suit with the same beloved Disney Parks tradition we’ve all come to expect. No two “same” rides are ever really the same, and each Park offering has its own exclusive callouts. 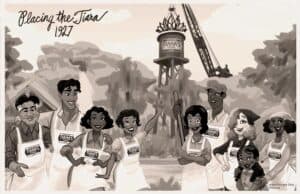 In continuing the idea of each Park boasting exclusive callouts, it’s also worth noting that Disneyland, which features a New Orleans Square section that Disney World doesn’t have, will also be expanding the Princess and the Frog premise with another creative culmination. It comes in the form of a new retail shop called “Eudora’s Chic Boutique Featuring Tiana’s Gourmet Secrets”. The new venture, which we are happy to announce will be opening September 20, 2022 (much earlier than the highly anticipated ride) will be a combined venture by Tiana and her dressmaker mother Eudora and will feature both dress accessories and delectable New Orleans-style cuisine.

Guests attending the D23 Expo will get to learn more about Tiana’s Bayou Adventure and other Disney Parks/Cruise Line updates by visiting the Wonderful World of Dreams Pavilion. 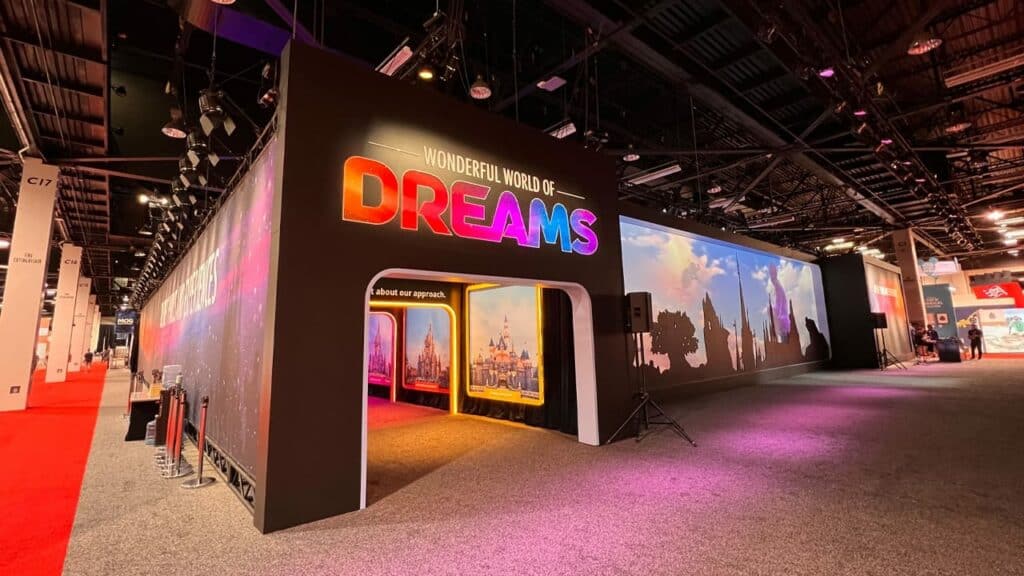 We will continue to update you on all the latest as more details come to light.