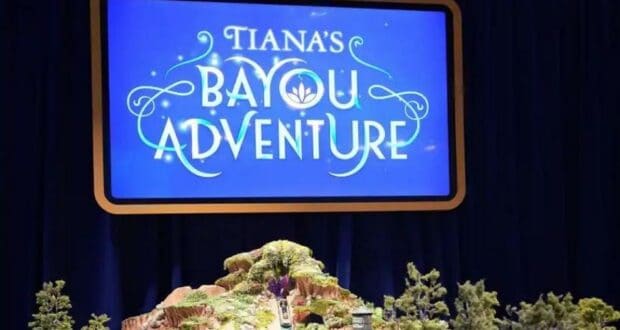 The 2022 D23 Expo began with a bang as more details regarding Walt Disney Imagineering’s retheme to Splash Mountain were revealed.

On the night of Thursday, September 8, the powers that be revealed brand new models of what Disney Fanatics can expect ‘Tiana’s Bayou Adventure’ to look like at Disneyland Park in California and The Magic Kingdom in Florida, as well as some of Princess Tiana’s new adventurous styles.

Here’s a look at the model of Tiana’s Bayou Adventure, the Princess and the Frog-inspired attraction replacing Splash Mountain at Disney World and Disneyland. #D23Expo pic.twitter.com/o2i0Mn5W6k

We have confirmation that the overall structure of the attraction appears to remain the same, but here are some significant exterior changes both to the current log flume ride and the concept art that fans were originally presented with. For example, there is no longer a weenie-esque feature on the top of what used to be known as Chick-a-pin Hill. The large hollow tree trunk as been removed, and Mama Odie’s steamboat, which was shown in the concept art from the original announcement, showed. The briar patch is also gone and we have the addition of a water tower that will most likely be the new identifying feature.

“Coming to both the Disneyland Resort and Walt Disney World Resort in late 2024, Tiana’s Bayou Adventure will bring guests down the bayou along with Tiana, Naveen and their friends. Here you can see a model of the upcoming attraction and new artwork that expands upon the next chapter in Tiana’s story. “ These new visuals were paired with the announcement of more Princess and the Frog influence in Disneyland’s New Orleans Square, including confirmation of Tiana’s own restaurant. Click the link below to read our original coverage of that story. 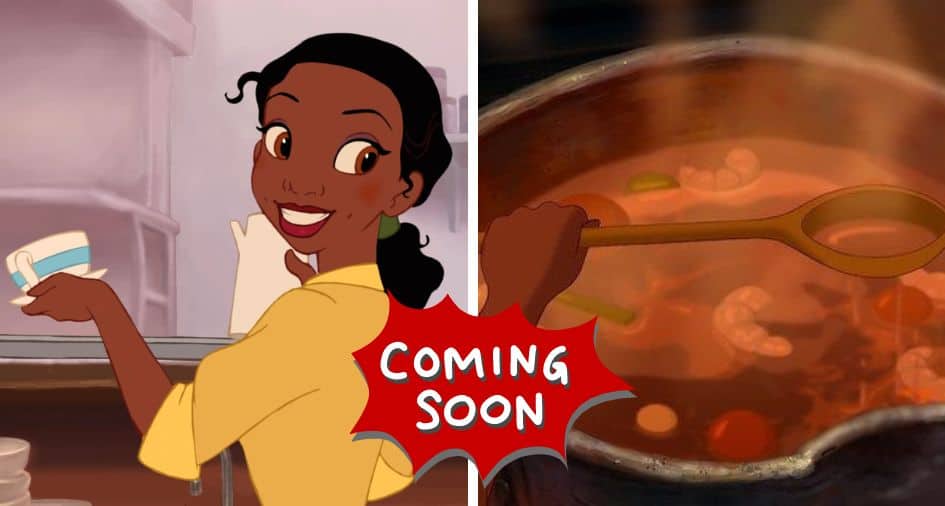 We at Disney Fanatic will be on hand at the D23 Expo this week, updating our readers on the latest news concerning Disney Movies,  Disney Parks, Experiences, and Products, and more!