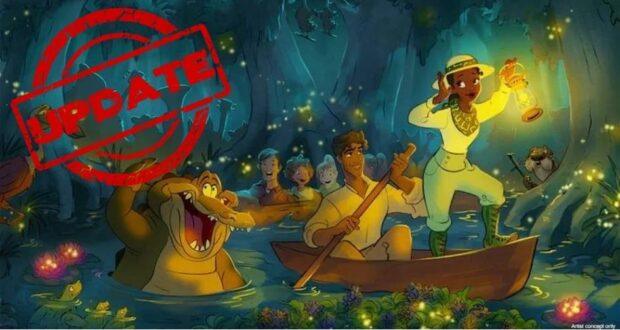 In the latest update from Walt Disney World, it appears the Splash Mountain retheme to Tiana’s Bayou Adventure could start to be underway.

Going to a Disney Park is an experience to be treasured. The Walt Disney World Resort and its Parks: Magic Kingdom, EPCOT, Disney’s Hollywood Studios, and Disney’s Animal Kingdom are one of the best places for a Disney vacation. The Disney Resort leads the way in immersive Theme Park experiences and allows Guests to live their happiest and most magical experiences.

A huge part of these experiences are the rides and attractions on offer for Walt Disney World Resort Guests at many a Disney Park: Magic Kingdom, EPCOT, Disney’s Hollywood Studios and Disney’s Animal Kingdom.

Recently, at the D23 Expo last month, Disney announced a whole slew of updates to the Parks, one of which was more information about the upcoming Splash Mountain retheme to Tiana’s Bayou Adventure.

Now we caught wind of the fact that it appears Disney has filed a permit to soon begin construction of the much-awaited attraction. 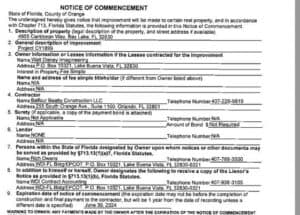 Viewers should note a typo in the form. While the address is one from Bay Lake with the zip code of 32836, the zip on the form is 32830 in Lake Buena Vista.

Unveiled at D23, Disney shared concept photos and a 3-D model of what the upcoming attraction will look like.

Here’s a look at the model of Tiana’s Bayou Adventure, the Princess and the Frog-inspired attraction replacing Splash Mountain at Disney World and Disneyland. #D23Expo pic.twitter.com/o2i0Mn5W6k

This is incredibly exciting news that comes on the back of a rough week for the Mouse House which received a ton of backlash for its recent price rises announced by the Walt Disney Company.

Genie+ prices, ticket price increases, and price increases for specific rides, just to name a few. Disney fans are getting more and more frustrated that the experience isn’t delivering to their desired standard, and are being incredibly vocal about this online.