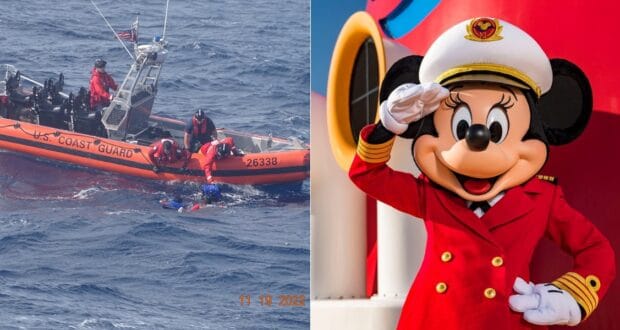 Disney Cruise Line passengers were taken on a heroic detour as the Disney Fantasy assisted the United States Coast Guard in a rescue operation.

The United States Coast Guard shared, “crews are searching for 5 people, about 50 mi. off Little Torch Key, after a group took to the sea on a homemade vessel that capsized during a failed migration venture.” Nine people were rescued alive, but 4 people reportedly drowned immediately.

But it appears that the Disney Fantasy was in the area and came to a full stop around the area to assist the Coast Guard in their search and rescue attempts. A video shared by Disney Insider Scott Gustin shows Coast Guard aircraft circling the area. It is unclear how much help the Fantasy’s crew played in the rescue attempt at this time.

The @USCGSoutheast says at least 4 people drowned about 50 miles off Little Torch Key after a homemade vessel capsized. Several were rescued. The Disney Fantasy was in the area and stopped to support the search. https://t.co/XIjNhsr4XI pic.twitter.com/4sGCu59ubB

Little Torch Key is in the Florida Keys, just a short drive south of Bahia Honda State Park. According to MarineTraffic.com, the Disney Fantasy is on course from Port Canaveral, Florida, to Cozumel, Mexico, and she appears to have resumed the course. 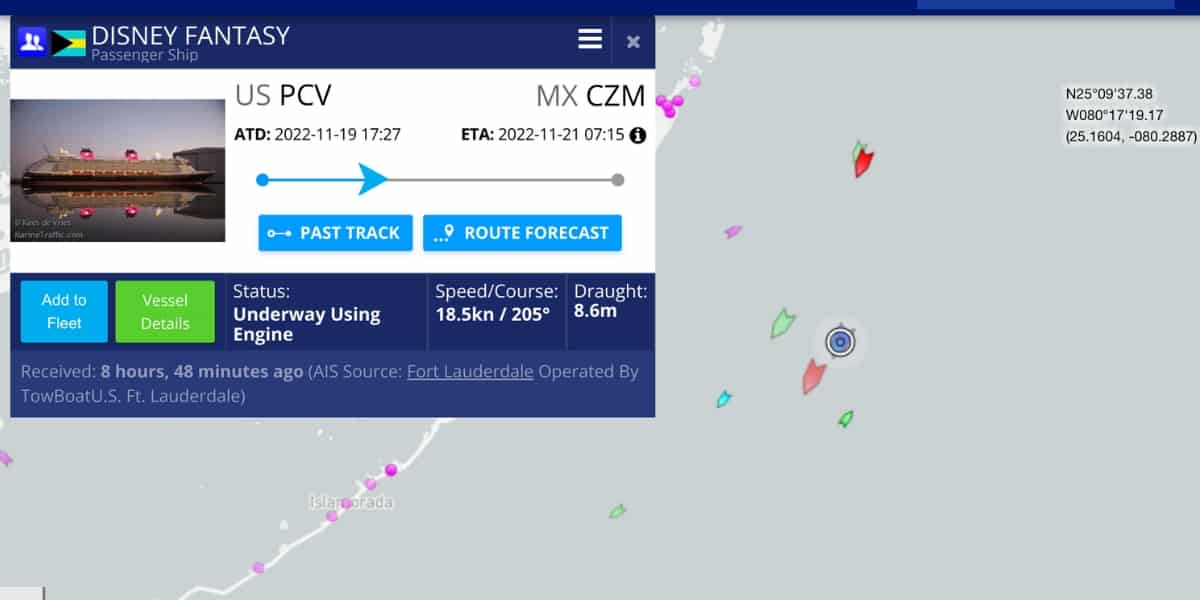 This is only the latest time Disney Cruise Line has had to work with the United States Coast Guard mid-cruise. Disney Fanatic reported earlier this year that the two groups came together when a Guest had to be medevacked off the ship.