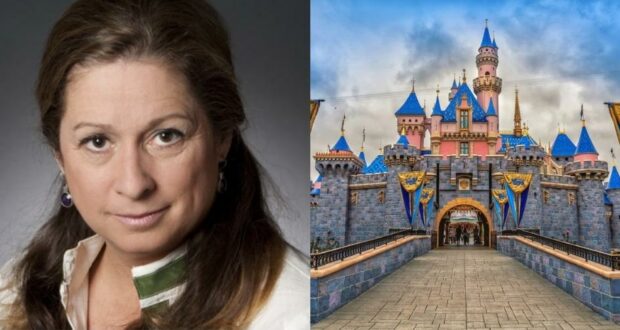 Abigail Disney recently called out the Walt Disney Company for its treatment of its workers while promoting her upcoming directorial feature.

Slated for a September release, The American Dream and Other Fairy Tales (2022), directed by Kathleen Hughes and Abigail Disney, just released its trailer, giving viewers a preview of what can be expected in the full-length film. The film premiered at the Sundance Film Festival in January of this year and focuses on the income disparity in modern-day society. Per its logline,

“[The film] looks at America’s dysfunctional and unequal economy and asks why the American Dream has worked for the wealthy, yet is a nightmare for people born with less.” The trailer opens with a voiceover from an unknown source set to old, idyllic footage of the Sleeping Beauty Castle, as well as other scenes from around Disneyland’s grounds, before Abigail E. Disney herself appears on screen, detailing what it’s like living with the Disney name. “Having the last name Disney is like having a weird superpower you didn’t ask for,” she said.

About thirty seconds into the trailer, the words “This is the film Disney does not want you to see” appear across the screen.

Abigail Disney says the film is her “love letter to and cry of outrage on behalf of the beautiful people who keep Disney ticking every day.”

I hope you'll check out our trailer–@amerdreamdoc is in select cities and avail on VOD on Sept 23. It's my love letter to and cry of outrage on behalf of the beautiful people who keep Disney ticking every day. https://t.co/zrCf43P2fr

According to the official website, the documentary opens in Orlando on September 16, and in New York, additional markets, and on VOD on September 23, 2022.

Abigail Disney Disney World Disneyland The American Dream and Other Fairytales The Walt Disney Company 2022-08-23
Priyanka
Previous: Fans Worried ‘Hack’ Sharing Could Cause Another Disney Courtesy to Disappear
Next: Clarification: Disney World Park Pass Update Does Not Include Hotel Guests