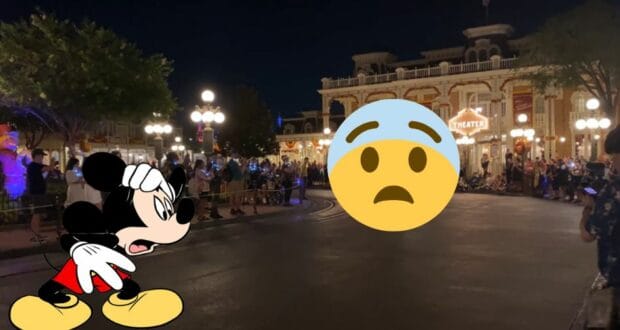 It may still be hot and humid in the Sunshine State, but fall festivities are beginning to creep into the Disney Parks in Florida. With Halloween decor taking over Magic Kingdom Park, Disney Guests are flooding in to take in all the excitement… including the return of Mickey’s Not-So-Scary Halloween Party and a revered piece of Disney Park entertainment.

RELATED: Everything You Need to Know for the 2022 Mickey’s Not-So-Scary Halloween Party

With Mickey’s Not-So-Scary Halloween Party nights officially underway, Guests are thrilled with the return of one of the most eerily creepy pieces of entertainment Walt Disney World Resort offers. That’s right, after three long years, the iconic Headless Horseman rides once again.

@ScottGustin took to social media on August 16, 2022, to tweet a brief video of the Headless Horseman riding through Main Street, U.S.A., during Mickey’s Not-So-Scary Halloween Party at Magic Kingdom. Check out the video below:

When visiting Magic Kingdom during Mickey’s Not-So-Scary Halloween Party, one of the ultimate highlights is the Boo-To-You Parade. The parade features all sorts of Disney characters dressed in their spooky season finest, along with Halloween-themed floats, music, and more frightful fun.

RELATED: 22 of the Best Disney Movies To Watch for Halloween

The Headless Horseman arrives to haunt the parade route just before the Boo-To-You Parade begins. As you can see in the video, he somewhat quietly rides his stunning horse down Main Street, U.S.A., holding his glowing pumpkin head in his hand.

There’s just something about the quiet and the trot sounds of the horse’s hooves that gives us goosebumps! We’re SO thankful to see the dreaded Headless Horseman has returned.

Now, time to watch Disney’s 1949 animated feature film, The Adventures of Ichabod and Mr. Toad which features the Headless Horseman.