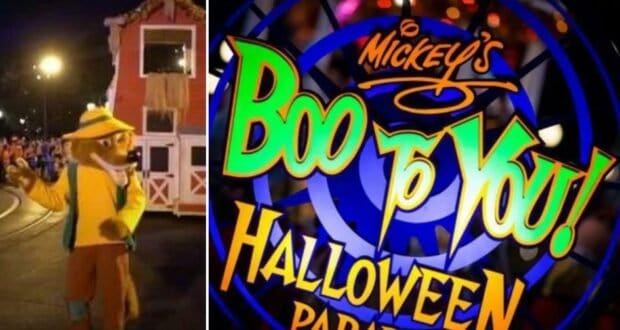 Disney World magic makers have removed characters and references to Splash Mountain from another Parade as we get ever closer to its retirement.

Previously, we at Disney Fanatic reported that the log flume ride’s theme song and arguable Disney anthem, “Zip-a-dee-doo-dah,” was eliminated from Disney World’s Festival of Fantasy Parade at Magic Kingdom Park upon its return after a Covid-justified hiatus. Now, it appears that the entire Splash Mountain segment of Mickey’s Boo to You parade is missing this year. In previous years, the seasonal parade exclusive to Mickey’s Not-So-Scary Halloween Party featured the scary cartoon villains of Splash Mountain and its film inspiration, Song of the South, Brer Fox, and Brer Bear. But as Mickey’s Boo to You parade makes its return to the Magic Kingdom Parade route for the first time since before the pandemic, these Disney villains are missing. This should come as no surprise to the Disney Fanatics keeping up with Walt Disney Imagineerings’ plan to replace Splash Mountain with the Princess and the Frog-themed “Tiana’s Bayou Adventure.” While fans take one last emotional float to their laughin’ place and one more drop down Chik-a-pin Hill, Disney has meticulously started to remove references to the controversy-arousing attraction.

Disney describes its upcoming replacement attraction–which is set to be built at both Walt Disney World Resort and Disneyland Resort–as the following:

We pick up this story after the final kiss, and join Princess Tiana and Louis on a musical adventure – featuring some of the powerful music from the film – as they prepare for their first-ever Mardi Gras performance.

Tiana is a modern, courageous, and empowered woman, who pursues her dreams and never loses sight of what’s really important. It’s a great story with a strong lead character, set against the backdrop of New Orleans and the Louisiana bayou. In 1966, Walt himself opened New Orleans Square when it became the first new “land” added to Disneyland park, so it feels natural to link the story and the incredible music of “The Princess and the Frog” to our parks. 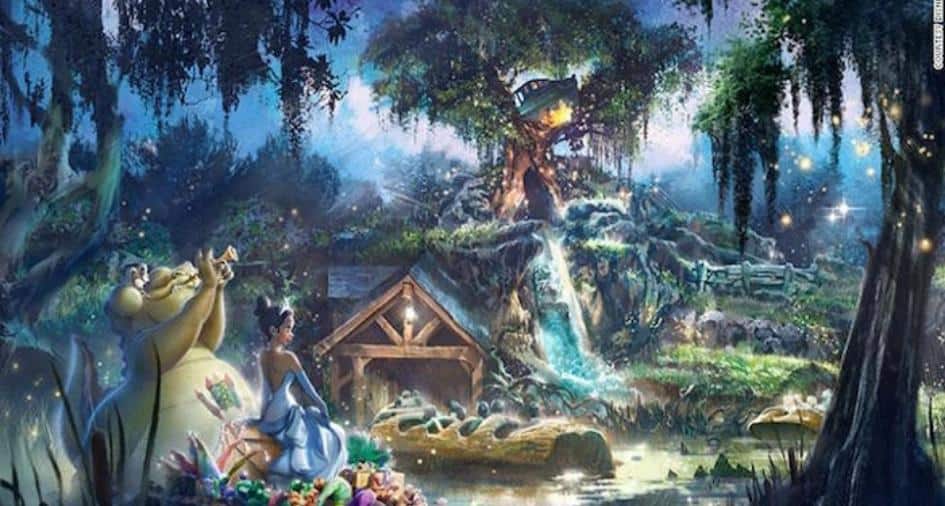