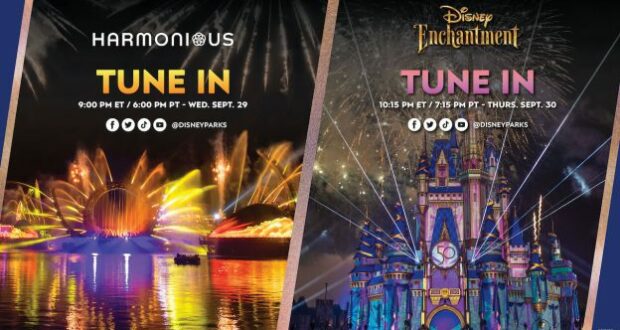 The 50th anniversary of the Walt Disney World Resort is bringing with it two brand new nighttime spectaculars! EPCOT will be welcoming Harmonious to take place nightly over World Showcase Lagoon, while in the Magic Kingdom, Disney Enchantment will include fireworks above Cinderella Castle and projection mapping from the hub all the way down Main Street U.S.A. 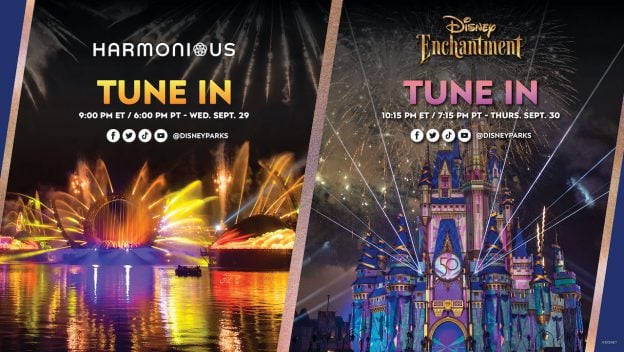 If you aren’t able to make it to Walt Disney World for the show’s opening performances for the 50th anniversary, the Disney Parks Blog is going to be streaming the productions so you can watch right from home! Save the date for September 29, 2021 at 9:00 pm (ET) for Harmonious at EPCOT to be streamed and for September 30, 2021 for Disney Enchantment at the Magic Kingdom at 10:15 pm (ET).

Check out this video by the Disney Parks Blog to learn more:

Harmonious is set to be one of the largest and most complex nighttime spectaculars created for any Disney park across the globe, and it is a major mile stone in the overall transformation of EPCOT. We recently shared a preview of the show’s music, and we can’t wait to see how the finished product comes together with fountains, lighting, and more when it debuts. 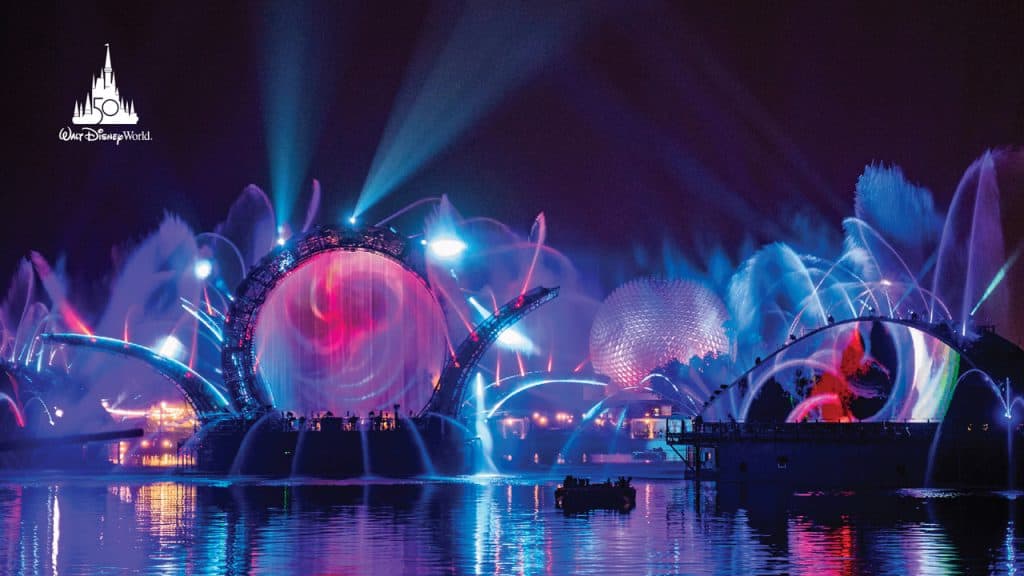 Disney Enchantment is sure to be everything Disney Guests have come to expect in a Magic Kingdom fireworks show, with classic Disney magic and storytelling and brand new immersive projection effects that will stretch down Main Street U.S.A. for the first time in the park’s history. The performance also featured a new original song by eight-time GRAMMY-winner (and former Disney Cast Member!) Philip Lawrence.

We can’t wait to see both shows and to kick off the festivities for The Most Magical Celebration on Earth for Walt Disney World’s 50th anniversary later this year. Be sure to mark your calendars for these livestreams so you don’t miss them!