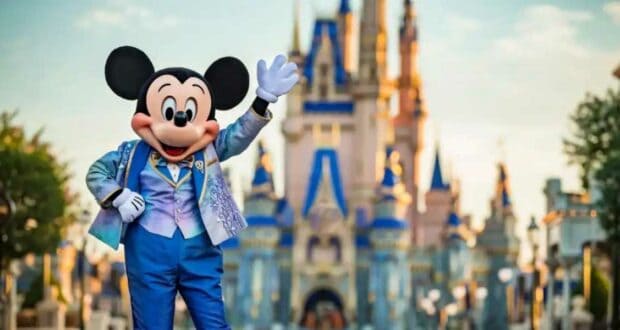 Disney Parks Are Doing Well By the Numbers, Records 28.7 Billion in Revenue in 2022

Boasting a solid 23% increase in revenue from the 2021 fiscal year, the Disney Parks recorded an incredible 28.7 billion in the 2022 fiscal year.

The Walt Disney Company released its earnings report for the fiscal year of 2022, and the numbers are staggering. While much of the news surrounding Disney has been covering Guest dissatisfaction stories with the Disney Genie suite and app, Individual Lightning Lane, and multiple ride and attraction breakdowns—so much so that many loyal fans are revoking their “fan” status—the Mouse House, by the numbers, has had a good year.

The report covers their earnings in both Q4 of the 2022 fiscal year, which ended on October 1, and the earnings for the entirety of the fiscal year altogether. Disney reports that revenues for the quarter and year grew 9% and 23%, respectively. Disney CEO Bob Chapek, a controversial name within the Disney fan community, said,

“2022 was a strong year for Disney, with some of our best storytelling yet, record results at our Parks, Experiences and Products segment, and outstanding subscriber growth at our direct-to-consumer services, which added nearly 57 million subscriptions this year for a total of more than 235 million…By realigning our costs and realizing the benefits of price increases and our Disney+ ad-supported tier coming December 8, we believe we will be on the path to achieve a profitable streaming business that will drive continued growth and generate shareholder value long into the future. And as we embark on Disney’s second century in 2023, I am filled with optimism that this iconic company’s best days still lie ahead.”

The revenue for the Walt Disney Company Disney Parks, Experiences, and Products segment for the fourth quarter increased to $7.4 billion compared to $5.5 billion in the 2021 fourth quarter. Disney also mentions the operating income increased from $0.9 billion to $1.5 billion.

Disney added in their report,

Operating income growth at our domestic parks and experiences was due to higher volumes and increased guest spending, partially offset by cost inflation, higher operations support costs and costs for new guest offerings. Higher volumes were due to increases in attendance, cruise ship sailings, which 7included a benefit from the July 2022 launch of the Disney Wish, and occupied room nights.

Further, Disney also highlighted the increase in ticket prices—something fans have been particularly unhappy about—as well as the introduction of Disney Genie+ and Lightning Lane, citing them as a reason for Guest spending growth. They also mentioned that growth in their merchandise licensing business was primarily due to higher merchandise sales of Mickey and Friends, Encanto and Toy Story.