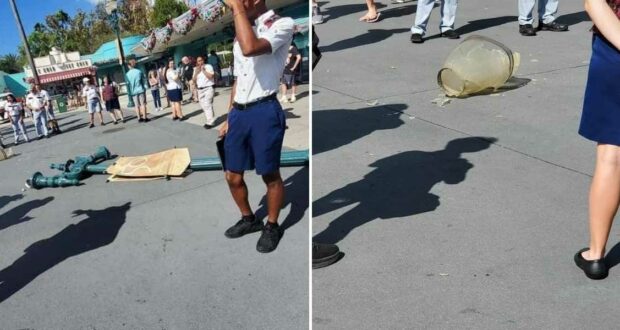 Disney’s Hollywood Studios saw a close call recently when a lamp post broke and shattered in the Disney Theme Park.

The Walt Disney World Resort and the Disneyland Resort are some of the best places for a Disney vacation. The Disney Park has many rides like “Space Mountain” and “it’s a small world” in Magic Kingdom Park, or shows like “Harmonious” in EPCOT. There are myriad attractions for Guests to enjoy and experience the Disney magic with.

But while Disney World can be “The Most Magical Place on Earth,” there are things that can sometimes go wrong and can make the Disney experience a little less than magical. 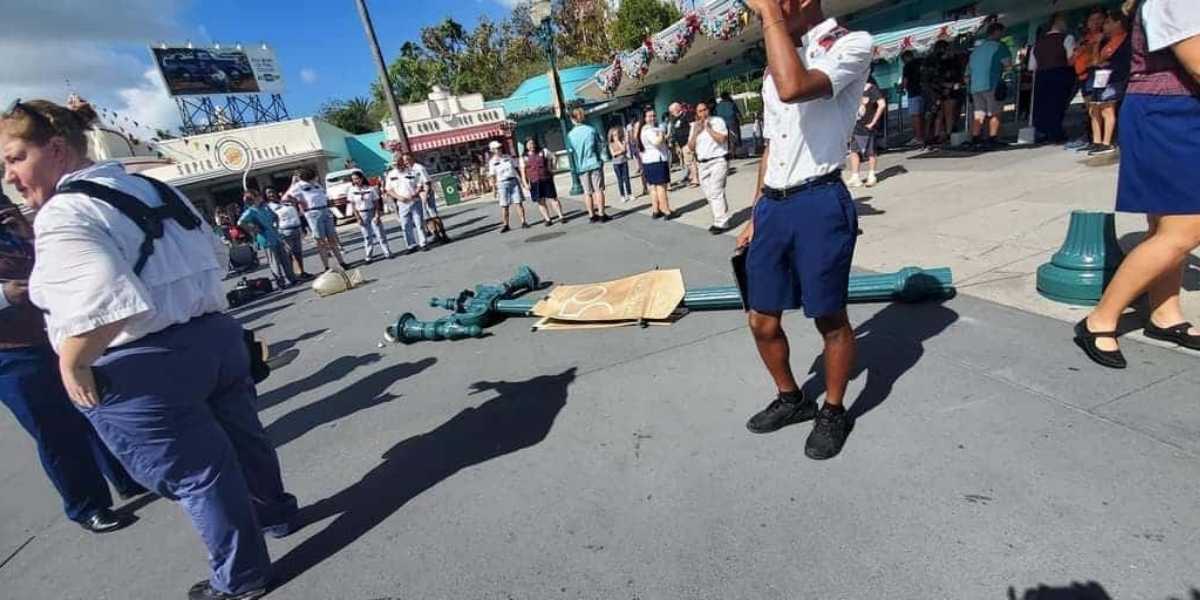 Cast Members had encircled the broken lamppost so that the people wouldn’t step near and on the glass and hurt themselves. We also discovered that a lampshade was shattered was not far from the lamppost. The lampshade broke and rolled away from the lamppost when it hit the ground. Thankfully, per Walter-Schreader, no one was hurt when the lamppost crashed.

It has also been reported that the lamppost has since been repaired and is back up and functional. 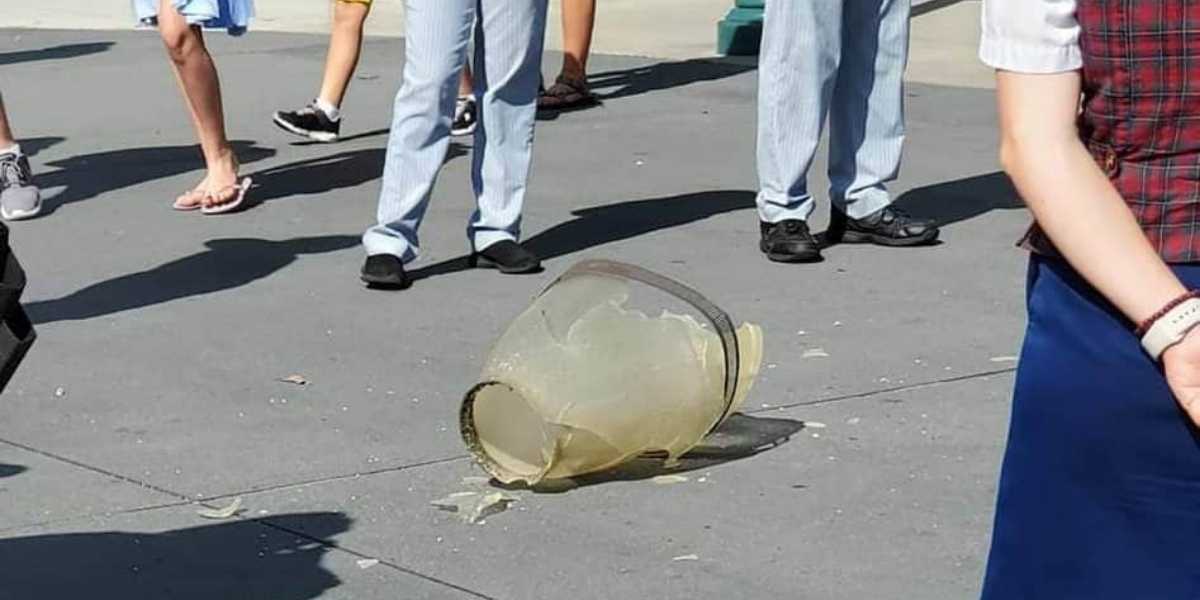 This is also not the first time that this sort of incident has occurred during Park hours at Disney’s Hollywood Studios. In late September, the facade of Keystone Clothiers, located right on Hollywood Boulevard, also faced a breakage.

Disney’s Hollywood Studios is one of four Disney Parks at The Walt Disney World Resort. It’s home to rides and attractions like “Tower of Terror,” “Mickey and Minnie’s Runaway Railway,” “Star Wars: Rise of Resistance” among more.