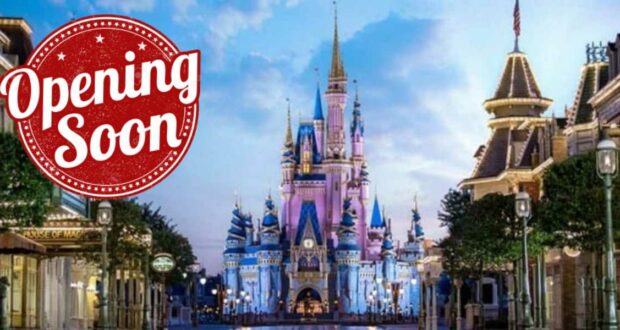 Disney World has announced it will be reopening tomorrow and provided times and schedules for its phased reopening for each Disney Park.

Earlier today the Walt Disney World Resort announced it would be closing early with a phased closure approach for Hurricane Nicole’s impending impact on south-east and east-central Florida, moving into Central Florida where the Theme Park sits. They recently released their reopening timeline along with sharing with Guests any canceled shows for tomorrow, November 10.

Journalist Scott Gustin took to Twitter to share the news. All the Disney World Theme Parks will open tomorrow. Magic Kingdom Park is scheduled to open at noon, and “Fantasmic!” will not be on tomorrow at Disney’s Hollywood Studios as well.

Magic Kingdom is scheduled to open at noon. No Fantasmic! tomorrow at DHS. pic.twitter.com/EguSp5YnrL

The official statement from Disney Parks Twitter has also been released. It reads,

We are continuing to closely monitor Hurricane Nicole. Weather conditions are expected to improve as the day progresses Thursday, Nov. 10, and while this schedule could change, we are planning a phased reopening of Walt Disney World Resort theme parks and Disney Springs beginning at noon.

Check out the full statement below:

Hurricane Nicole is the second instance of severe weather to impact Florida this year. She comes after the devastation that Hurricane Ian rained on Florida earlier this autumn. Disney Cruise Line even made an official statement regarding two of its routes earlier this week wherein two Disney Cruise Line itineraries changed their regularly scheduled stop at Disney’s Private Island destination, Castaway Cay. DCL also changed its stop in Nassau to Cozumel, Mexico.