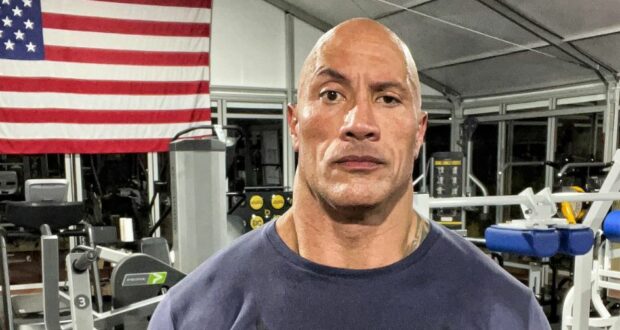 Should Dwayne Johnson Run in the 2024 Presidential Election?

The ever-so-popular Dwayne ‘The Rock’ Johnson is a Disney fan favorite as his acting career has exploded with Disney features and far beyond. But, should Johnson plan to run in the 2024 United States Presidential Election?

The former professional wrestler known as “The Rock” turned actor is now a massive Hollywood Star and involved in numerous entrepreneurship endeavors.

For Disney, Dwayne Johnson was titled a “Demigod” as the voice of Maui in Disney’s animation film, Moana (2016). Johnson gained popularity among Disney fans for being Skipper Frank in Disney’s live-action film, Jungle Cruise (2021). Details are slim, but we have confirmation that Johnson (along with Emily Blunt) will reprise their roles for Jungle Cruise 2.

With other Disney projects, such as Johnson being the executive producer of the Disney+ series Behind the Attraction (2021), we’re also hearing rumors of Johnson replacing Will Smith’s Genie role in the live-action Aladdin 2 after Smith’s controversial Oscars slap.

Dwayne Johnson is a hugely successful and loved person, but would he make a good President in 2024?

Interestingly enough, in April 2021, a poll suggested that 46 percent of Americans would support a presidential run from Johnson.

Johnson posted the poll results on social media, noting, “Humbling. I don’t think our Founding Fathers EVER envisioned a six-four, bald, tattooed, half-Black, half-Samoan, tequila drinking, pick-up truck driving, fanny pack-wearing guy joining their club – but if it ever happens it’d be my honor to serve you, the people.”

In October 2021, Johnson revealed his thoughts on running for President to Vanity Fair. When talking about the Presidental run, the interview reports:

“Johnson and I go back and forth on this strange subject for some time as he tries to honestly describe where he stands. He explains that he finds the idea humbling, concedes that he has talked to people in politics and done “a small amount of research and analysis to see where this comes from and to see what it could look like in the future,” and adds suggestively that “indicators are all very positive—in, for example, 2024, and in, for example, 2028.”

“He is not, he confirms, ruling the possibility out. But then he loops back to this: “You know, at the end of the day, I don’t know the first thing about politics. I don’t know the first thing about policy. I care deeply about our country. I care about every f*cking American who bleeds red, and that’s all of them. And—there’s no delusion here—I may have some decent leadership qualities, but that doesn’t necessarily make me a great presidential candidate. That’s where I am today.”

Since 2021, there has been little talk of Dwayne The Rock Johnson running for President. Only time will tell if the Disney “demigod” will join the 2024 election and attempt to take on his biggest title yet at President Dwayne Johnson.