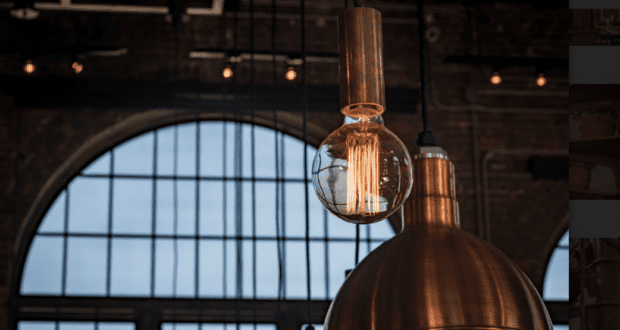 One of the innumerably unique aspects about visiting locations throughout Walt Disney World is the fact that one-of-a-kind original storylines are incorporated into each and every setting. Disney Imagineers are so meticulous in their thorough development of a given backstory that they include all of the intricate ins and outs needed, never even missing the subtlest of details, in order to empower the full effect of what it is that they are trying to convey. Guests can see this reflected in everything, from themed resort accommodations to rides and attractions that follow a well-crafted plot. You’ll even find it etched into eateries and restaurants located all throughout Disney World, and that’s what we’re focusing on here. There are many great examples to pick and choose from, so we’re taking a closer look at eight excellent Disney restaurants renowned for their creative backstories.

It’s an understood fact among frequent Disney visitors that Disney’s famed social and shopping hub known as Disney Springs is in reality a much newer concept than its elaborate backstory denotes. But that doesn’t change its fun, fictionalized history as a former town, which originally popped up in the 1880s. What’s more, the many venues that form Disney Springs today keep with the running theme by proudly sporting artifacts and remnants of their plot-appointed former operations in the town.

The fan-favorite restaurant we know and love today as D-Luxe Burger is one of the many venues that present an elaborate backstory. Its particular plot is most integral to the very foundation and settling of Disney Springs as a whole. As the story goes, the Sinclair family decided to settle on this patch, due to its proximity to one of many natural springs throughout the state of Florida, and later began a successful cattle ranch operation. Despite being known for many years as Glowing Oak Ranch, the building where the current D-Luxe Burger sits was converted into a restaurant establishment as more tourists and townspeople came to the area. As for the burger connotation, that came following Martin Sinclair’s visit to the World’s Fair in St. Louis in 1904, where he was introduced to a new creation known as the “hamburger.” He returned home, and after working hard to recreate the recipe, at long last started to serve it at his own joint. Diners today can appreciate the current restaurant’s interior, modeled precisely to look like a repurposed ranch that includes all the remnants of its former glory.

Although STK Orlando emanates a cool, modern, and chic quality, it still embraces a convincing backstory draped in history and nostalgia. As the story goes, the current two-story restaurant is situated on the site of what was once the town’s train station back in the 1900s. And diners today will recognize hints to its history both inside and out — more so on the outside with its antiquated building structure and its attention-grabbing red brick layout.

The established history behind this steampunk-themed restaurant venue has absolutely no ties to Thomas Edison whatsoever. Fittingly enough, though, it is ‘supposedly’ home to the former power plant once used to serve the residents of Disney Springs. According to legend, the edifice opened in 1901, providing the much-needed electricity to carry out operations for businesses and households throughout the community. Later on, during the 1920s, the building was converted into an eating establishment. Those dining onsite today will no doubt recognize the still-present relics of its former power plant operations, ranging from old electrical equipment to the overall aged structure and interior. And the current nightly Roaring 20s-themed entertainment that pays tribute to the building’s second-wind operation is a nice touch as well.

The motif for this Italian favorite at Disney Springs is still historical, albeit more modern than the others thus far. That’s because it builds its foundation around the golden days of travel, when plane voyages were all the rage. Appropriately enough, the restaurant we now know as Maria & Enzo’s is housed in a ‘former airline terminal’, still laden with relics and vintage travel posters inside. As for the backstory, the venture began with two Italian immigrants (husband and wife Maria and Enzo) who settled here in the 1920s and eventually opened up a bakery within the walls of the community’s airline terminal. Once the terminal was abandoned in the 1930s, the couple decided to purchase the entire building structure and convert it into a full-fledged Italian restaurant. The much smaller former bakery space they once leased now serves as the site to another great Disney Springs establishment—Pizza Ponte. The site also accommodates a third venue, one that was supposedly a former speakeasy operation from back in the day: Enzo’s Hideaway Tunnel Bar.

If you’re still craving Italian food that’s paired perfectly with an exceptional backstory, then head on over to Hollywood Studios and visit this unassuming, somewhat oddly-located family favorite. Mama Melrose’s Ristorante Italiano has a fun and elaborate history, derived from its once-intended factual use as well as its amended and fictionalized reimagining. When you consider its somewhat hindered location, you may at first wonder why Disney decided to put a restaurant there of all places. It’s because it was originally intended to open as a Muppet-inspired restaurant. In fact, everything in this section of the park was intended to be Muppet-run, and the idea was to have a restaurant parodying other well-recognized Hollywood venues, like Hard Rock Café, Planet Hollywood, etc. With the passing of Jim Henson in 1990 and other issues, the restaurant never came into fruition, but the building space remained. So Imagineers quickly got to work with an Italian restaurant concept (briefly considering an Annette Funicello theme at one point). So was born the legend of Mama Melrose.

The plot follows a young girl from Sicily, who came to America at the age of 16 in pursuit of an acting career. While only landing smaller, stand-in roles, she discovered a new passion for cooking, drawing on the long ago culinary inspirations passed down through her family. She eventually went on to open her own restaurant, occupying the space of an old backlot warehouse full of Hollywood-themed memorabilia, which she incorporated into the décor of her new Italian ristorante. And that is what we still see showcased here today.

Over at Disney’s Animal Kingdom you’ll find this delightful table service restaurant, famed for Nepalese cuisine and other Asian fusion eats. But beyond the exceptional menu offerings, the restaurant has plenty to boast about, including a very creatively imagined backstory. As the legend goes, the building that now serves as the Yak & Yeti Restaurant is located at the base of the famous Mount Everest and was once home to a wealthy merchant named Arjun. After he fell on bad times, Arjun decided to turn his home into a hotel, in order to cater to the vast amount of tourists known to pass by the site in their travels. As today’s diners stroll throughout the restaurant, they will come across the numerous relics, artifacts, and other novelties once collected by Arjun during his tenure as a merchant. Look closely at the lobby hotel and you will even notice room keys hanging on the wall!

From the very beginning, Disney’s Jungle Cruise attraction within Disney’s Magic Kingdom Park was an absolute hoot, and even though it wasn’t until 2016 that a restaurant complementing the popular ride came into being, the background storyline depicts the grounds of this wild establishment as a much older setting. In fact, the restaurant is supposedly housed in what was once the Jungle Cruise expedition’s headquarters as a way for Alberta Falls (granddaughter of the ride’s referenced Dr. Albert Falls) to feed hungry cruise passengers and to earn a little extra income in the process. Aside from the same style, relics, and references that make the ride so amusing, this restaurant also relies heavily on the incorporation of puns and fun banter—making the dining experience here a true extension of the attraction itself.

This signature restaurant, which recently opened in EPCOT, is simply out of this world on so many levels. Since its premise is centered around the unique idea of being housed aboard a space station, diners get to take part in an immersive dining experience as they ascend into outer space (220 miles above the Earth’s atmosphere), complete with star-studded views, space specialties in cuisine, and all those relics and other elaborate touches that drive home the aesthetic of an actual space station. Aside from the design elements, observant guests will notice many hidden references throughout their meal, including being able to take in views of Spaceship Earth, watching as the International Space Training Center’s X-2 Deep Space Shuttle (from Mission: SPACE) passes by the window at certain times, stealing glimpses of two astronauts battling with lightsabers, and enjoying various other nods and tributes to Disney space themes.

In addition to all of the restaurants that we have listed, Disney also boasts a wide range of other dining establishments that are well known for their elaborate presentation and strong themes. As the true story goes, Disney delights in storytelling and in cultivating truly remarkable stories for everyone to enjoy at each and every venue.