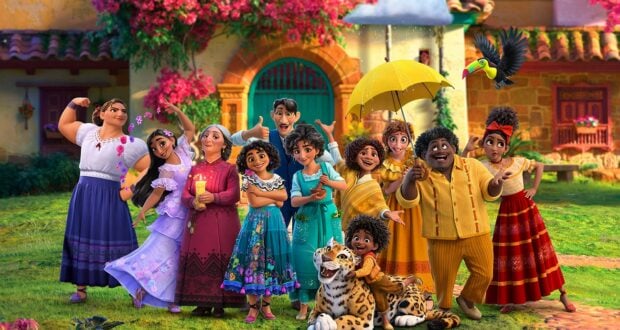 Fans of ‘Encanto’ Will Love This New Series

If the familial strife, broken relationships, conflicting agendas, and family drama in the new Walt Disney Animation Studios movie Encanto spoke to you while you were watching it (even if the movie’s catchy musical numbers and vibrant animation detracted from said strife a bit), then you may want to try the new duology that’s coming out this January! The first book in the Ivory Key duology is called, predictably, “The Ivory Key”, and it’s being released on January 4 2022. This is Akshaya Raman’s epic YA fantasy debut!

According to the Goodreads summary of “The Ivory Key” by Akshaya Raman, “Magic, a prized resource, is the only thing between peace and war. When magic runs out, four estranged royal siblings must find a new source before their country is swallowed by invading forces”. The story stars Vira, a heroine who “is desperate to get out of her mother’s shadow and establish her legacy as a revered queen of Ashoka. But with the country’s only quarry running out of magic–a precious resource that has kept Ashoka safe from conflict–she can barely protect her citizens from the looming threat of war. And if her enemies discover this, they’ll stop at nothing to seize the last of the magic.” 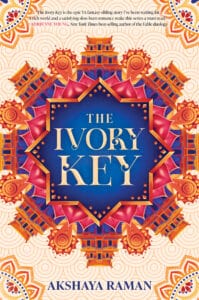 As is standard in most fantasy adventures, there is a sacred object or magical artifact in this duology opener that could help solve Vira’s problem and that brings about a treasure hunt. The artifact in this duology is “a mysterious object of legend: the Ivory Key, rumored to unlock a new source of magic. But in order to infiltrate enemy territory and retrieve it, [Vira] must reunite with her siblings, torn apart by the different paths their lives have taken. Each of them has something to gain from finding the Ivory Key–and even more to lose if they fail. Ronak plans to sell it to the highest bidder in exchange for escape from his impending political marriage”. Their sibling Kaleb, who has been “falsely accused of assassinating” the beloved former maharani, needs it to clear his name. And the last sibling is Riya, “a runaway who cut all family ties [and] wants the Key to prove her loyalty to the rebels who want to strip the nobility of its power”. 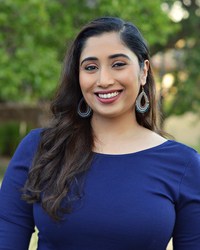 Although this book’s familial drama will not be explained in as lighthearted or as musical a fashion as the Madrigal family’s relationships were explained in Encanto, this book could still be intriguing for readers who crave narratives about sibling rivalry or family secrets. The Madrigal family were also their town’s version of nobility,presenting another parallel between the Encanto storyline and the estranged royal siblings in “The Ivory Key”. As the summary says, Vira and her siblings “must work together to survive the treacherous journey. But with each sibling harboring secrets and their own agendas, the very thing that brought them together could tear apart their family–and their world–for good”. 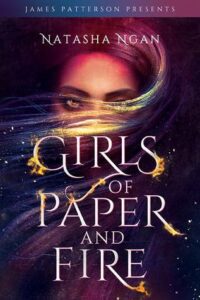 Fellow author Natasha Ngan (who is best known for her New York Times bestseller “Girls of Paper and Fire”) gave the first book in this “Indian-inspired duology” a stellar review, saying the following: “complex family dynamics meets Indiana Jones in this Indian-inspired fantasy offering from fresh new voice Raman”. She also called it “a must-read for all lovers of diverse SFF YA”. Adrienne Young, the author of one particular series that Merida fans will love, also gave “The Ivory Key” a positive review! According to the author’s website, “The Ivory Key” is comparable to “There Will Come a Darkness”, “The Gilded Wolves”, and “We Hunt the Flame”.

Are you interested in reading this book when it comes out on January 4, or perhaps some of the other new releases? Do you enjoy fantasy adventures, even if they’re middle-grade fantasy adventures or young adult books, and are you intrigued by mythical storylines with magical artifacts?