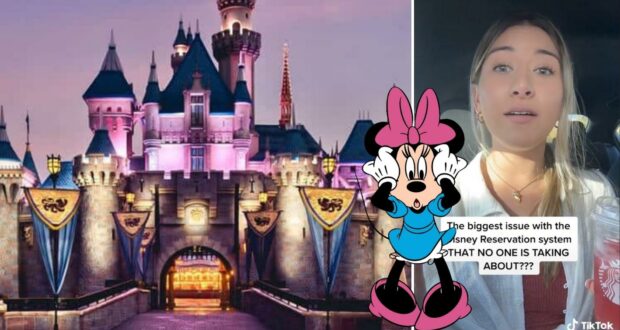 While Disney has had many issues or complaints recently, one of a more serious nature has come to the surface.

Disney has been finding itself at the center of controversy after controversy as its been reopening from the pandemic. Whether it’s for the price rises, the controversial Genie+ system, or the bad behavior of Guests at the Parks, fans are simply not certain that the Disney magic is delivering. But the most recent critique is one to take note of.

With the Park Pass reservation system. Disney also offers the ability to link your reservation with everyone in your party as “friends.” But while it helps make reservations, purchase Genie+ and Individual Lightning Lanes, and share Photopass photos, some Disneyland and Walt Disney World Resort Guests say it has unintended consequences.

Jessica said, “What I hate about this is that, usually, after I hang out with my friends or my family, I’ll unlink their tickets to give them their privacy…But that doesn’t mean that they unlink from me, per se.” She added that friends had texted her out of the blue saying they would meet her at Disneyland Park or Disney California Adventure after seeing her reservations. This is despite the fact that she’d made plans with someone else.

“The fact that everyone can start to see your plans when you link with them is so annoying,” Jessica said.

Jessica also said an ex-boyfriend regularly deleted her Park Pass reservations out of spite, even though she’d unlinked him from her account. Eventually, she visited Disneyland Guest Services and was able to remove herself from his account.

The OP continued to detail various levels of drama the linking had caused, and many commenters agreed. Some even noted that it could be dangerous for an ex to have access to a person’s Disney Park plans, especially if the person doesn’t realize this is the case.

“This is so problematic 😬😬😬,” @adorkablesammy wrote. “Disney needs to create a “unlink from all others” option or something.”
With all the new developments Disney is bringing in, here’s looking to this much needed update on the app.
2022-10-07
Priyanka
Previous: Flying to Disney World? Southwest Upgrades Drink Options
Next: Video: ‘Small World’ Animatronic Spotted Missing Head