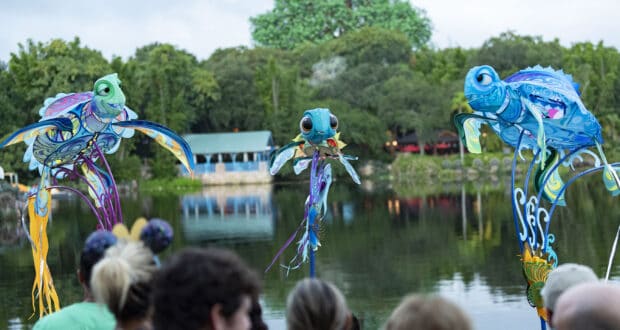 Disney KiteTails is the latest show coming to Disney’s Animal Kingdom just in time for the start of the 50th anniversary celebration of the Walt Disney World Resort. The new show will debut in the Discovery River Theater right in the center of Animal Kingdom on October 1, 2021.

This all show will immerse Guests in Disney storytelling through the use of detailed Disney character kites soaring high above the theater. KiteTails is set to be a grand celebration of nature and classic Disney characters with brand new, colorful designs, adding something new and exciting to Disney’s Animal Kingdom! 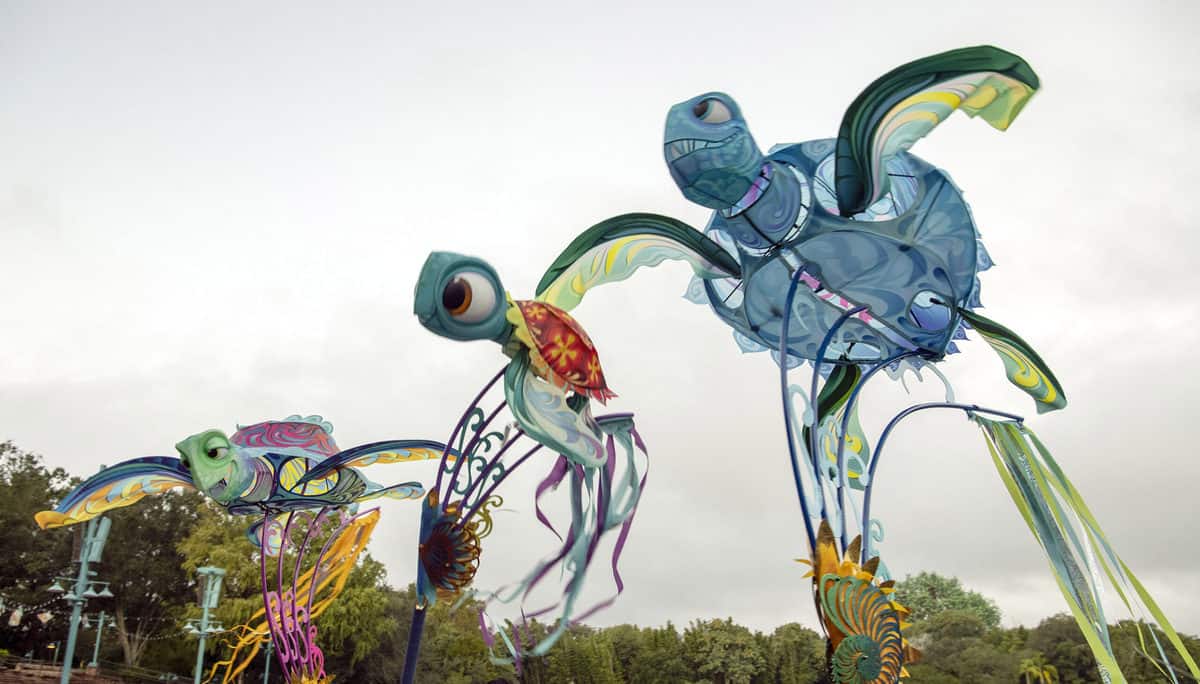 Disney KiteTails will be performed multiple times throughout the day and will include characters from The Little Mermaid, The Lion King, a bug’s life, The Jungle Book, Finding Nemo, and more. The musical score will include a variety of hit songs from Disney animated films all performed with worldbeat arrangements.

Some of the kites run about 30 feet in length, and many will move in synchronization to the show’s music or convey specific actions from the characters, such as Zazu chasing Simba during The Lion King sequence. 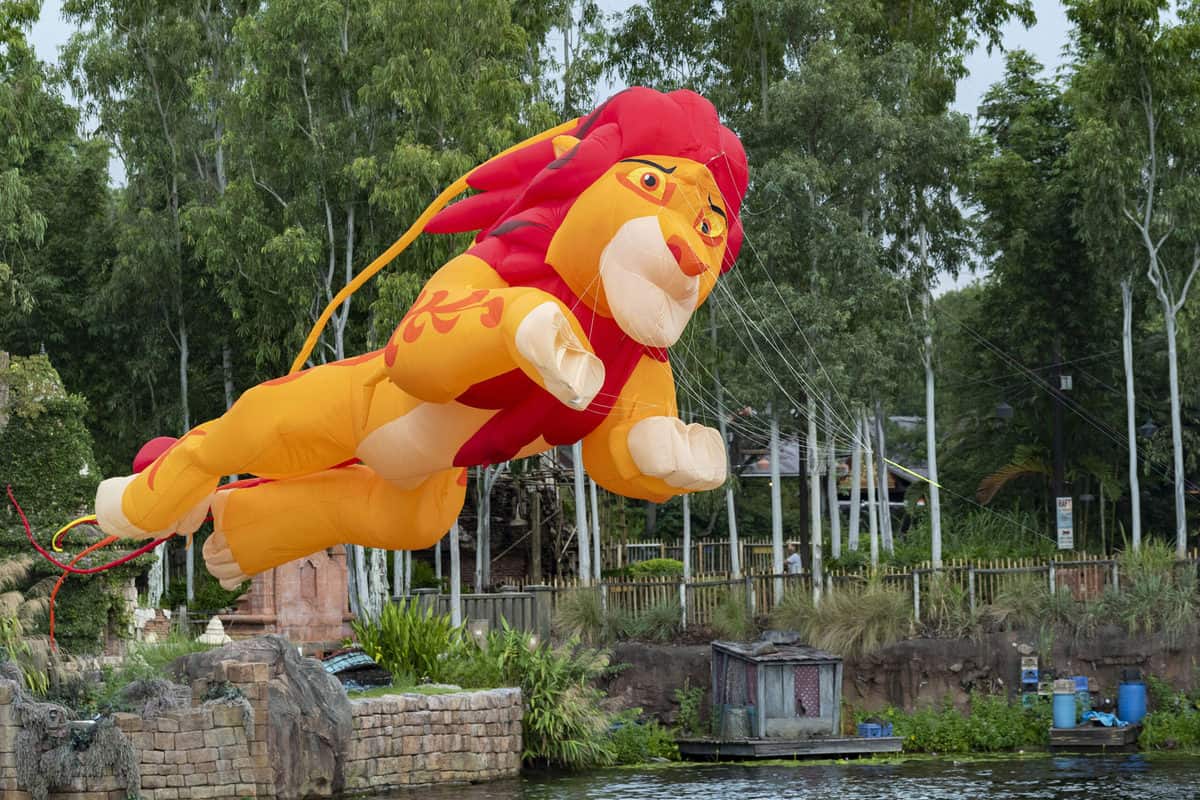 Disney KiteTails is just one of the new shows coming to the Walt Disney World Resort for its 50th anniversary this week. By October 1, Guests visiting the theme parks will also be able to experience two new nighttime spectaculars with Disney Enchanted replacing Happily Ever After in the Magic Kingdom and Harmonious making its debut over World Showcase Lagoon in EPCOT. 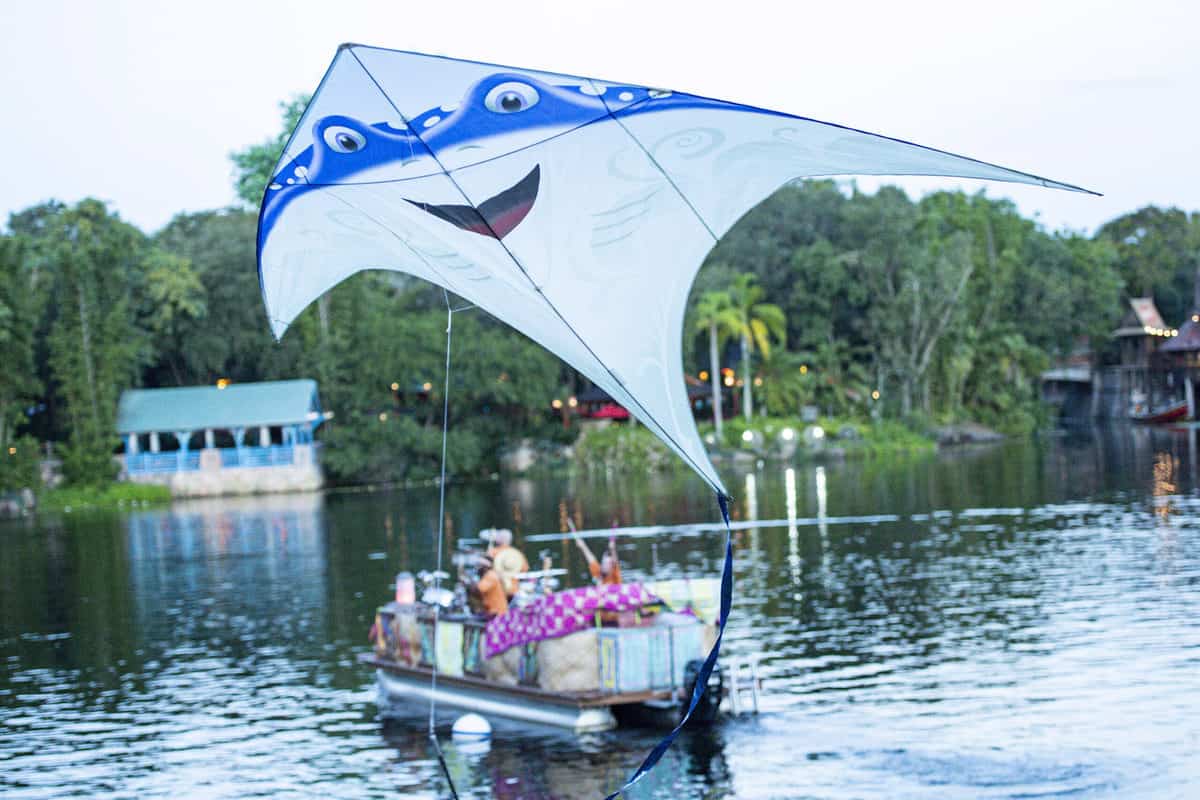 The Disney Parks Blog is planning to live stream both Disney Enchanted and Harmonious during their opening performances, however there is no word on a live stream being produced for KiteTails just yet. Don’t forget to tune into ABC on October 1 for their coverage of the Walt Disney World 50th anniversary celebrations in their new special, “The Most Magical Story on Earth,” (and maybe we’ll see some more details on KiteTails there!)