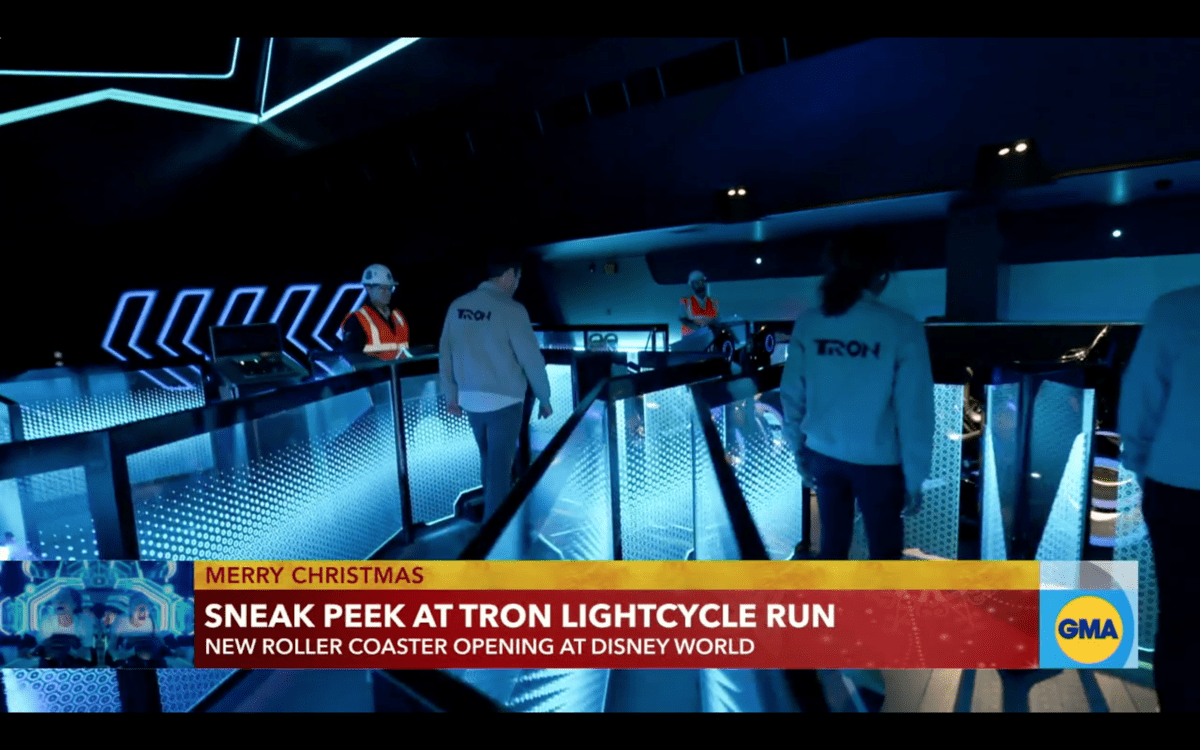 Dawning special sweaters celebrating the 40th Anniversary of the TRON franchise, three of GMA’s team boarded their lightcycles for their exclusive run through the Grid. Fans are given a glimpse of the queue and boarding area, as well as the launch and lightcycle battle sequence that will take place on the inside part of the roller coaster. We also get a glimpse at the horizontal launch sequence as well. 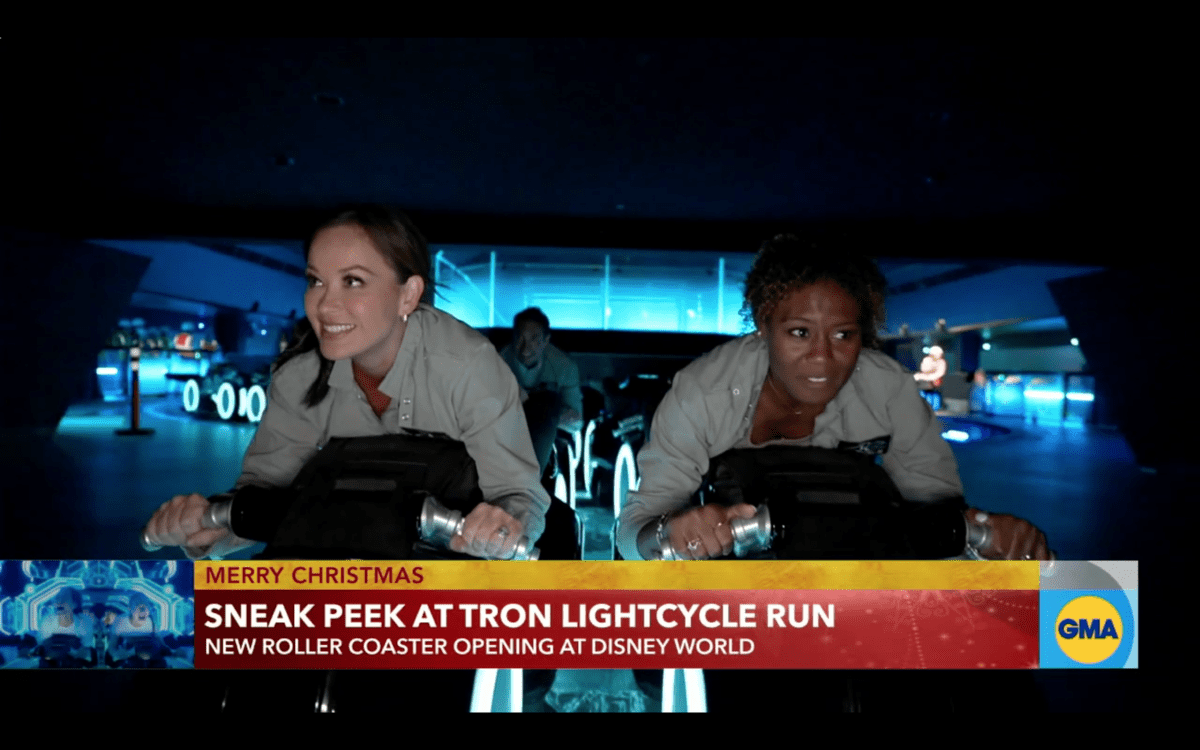 From the looks of things, this TRON coaster appears to be very similar to the original variant found at Shanghai Disney Resort. The ride itself also appears to be fully completed and ready to receive Guests. All that remains to be done is the walkway that will allow Magic Kingdom Park Guests to access the attraction.

This story immediately follows the news that the Walt Disney World Railroad was finally cleared to return for Guests after being closed for over four years, now passing straight through the latest addition to Tomorrowland. 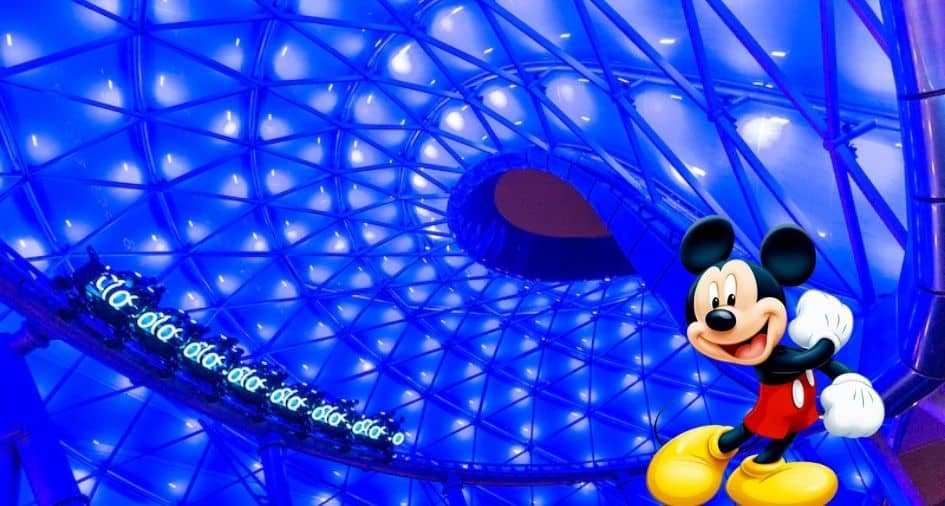 TRON: Lightcycle Power Run is expected to finally open at Disney World sometime this coming Spring. However, despite the continued teasing, no official start date has been announced. We also expect that whenever it does open it will do so with a virtual queue system.

Based on the ground-breaking series starring Jeff Bridges, Disney World describes TRON: Lightcycle Power Run on its website as the following:

Scheduled to open in Spring 2023, TRON Lightcycle / Run will be one of the fastest coasters at any Disney theme park in the world.